Måneskin have another prize to add to their trophy shelf. The Italian rock band won the Best Rock award at the 2021 MTV EMA awards. Måneskin also treated fans to a live performance of their new single “MAMMAMIA”.

The group picked up their honour at the MTV Europe Music Awards held in Budapest, Hungary. The awards celebrate the best in popular music, including regional awards.

Måneskin shared news of their win with a post on Instagram. The Italian rockers wrote, “Best Rock let’s go!!! This award means soooooooo much to us 💜 Thanks to the @mtvema for all the nominations and for letting us play on such a dream-stage + infinite gratitude to everyone who supported and voted us, we love you!!!”

Måneskin were nominated in three categories, but only won in one. The group had also been nominated for Best Group (won by South Korean boy band BTS) and Best Italian Act (won by pop/rap performer Aka 7even).

And they were also able to prove why they were the worthy winners. Måneskin gave a scorching live performance of their current single “MAMMAMIA”. The band were dressed in flamboyant glam Gucci suits, but with lead singer Damiano wearing merely a sheer shirt, underpants, stockings, gloves and thigh-high boots — every inch the rock star.

The Best Spanish Act was won by Aitana, who previously placed second and third in Spain’s Eurovision national final in 2018.

What do you think? What other awards do you think Måneskin will win? Are you glad that Må have had the chance to perform “MAMMAMIA” live instead of having to do yet another performance of “Beggin'”? Tell us your thoughts below! 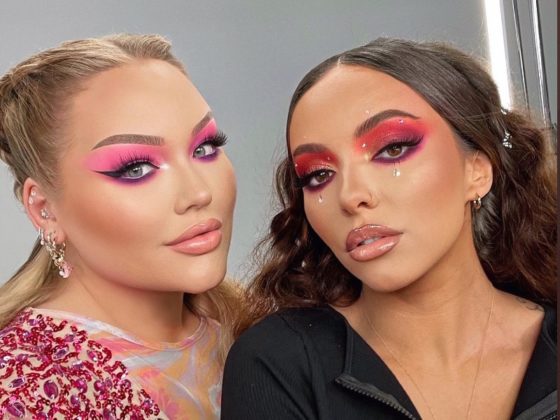 I’m super excited for both Måneskin and Gjon’s Tears, they deserve it so much. But I’m disappointed that you only gave Gjon one sentence in this article.

Next week they are up for an American Music Award and this Saturday for an NRJ Music Award in France! Fingers crossed for the AMAs!!

This is great! Congratulations!

Good news, I’m happy for them.

If Hungary still participated, and won, would this arena be gaurenteed to host straight away?

Congrats! I’d completely forgotten about the awards until Gjon posted about his win; he deserves it so much!

thanks to the TikTok kids

Damiano would be such a good Frank-N-Furter in Rocky Horror.

The sad thing about it, it’s that no one of those voters know any song apart from Beggin…..

And you know this how?