On Saturday 11 December, we’ll get to hear the last ten songs of Eesti Laul 2022. And while we’re still a few days out from quarter-final four of Estonia’s newly revamped selection show, we do know the identities of the acts.

We saw Shira as early as last week, where she competed in the third quarter-final of Eesti Laul 2022 with the song “Under Water”. Unfortunately, she did not manage to qualify there, but this week she has another chance. For the fourth quarter-final, Shira has teamed up with pop electronic duo Púr Múdd to perform “Golden Shores”. Púr Múdd last competed in Eesti Laul in 2020 with the song “Ooh Aah”, reaching the final.

Elysa last competed in Eesti Laul in 2015, then with the name Elisa Kolk. Her song “Superlove” was one of the fan favourites that year, but eventually lost out to “Goodbye to Yesterday”. Her Eesti Laul 2022 entry “Fire” is written by a team of Swedish and Estonian songwriters, including Melodifestivalen regulars Linnea Deb and Ellen Benediktson.

Dramanda, better known in Estonia by her real name Amanda Hermiine Künnapas, is a debutant in Eesti Laul. In everyday life, she is better known as an actress, most notably in the comedy-crime series Kättemaksukontor on TV3. “Tule minu sisse” is her debut single.

Emily J. last took part in Eesti Laul 2019, where she reached the final with xtra basic. “Quicksilver” is her follow-up and debut single as a solo artist. On Instagram, the 20-year-old wrote: “m tryna look chill BUT MY FIRST EVER SINGLE R U KIDDING ME?!?!?!?!?!?”.

Eurovision 2012 sixth-placer Ott Lepland is by far the biggest name in the fourth quarter-final of Eesti Laul 2022. It is the first time in a decade that the Tallinn-native will compete in the competition. Since last taking part, Ott has released five more albums and dozens of singles. His Eesti Laul 2022 song “Aovalguses” was partially composed by himself.

Eleryn Tiit is among the debutants of this quarter-final. She started her music career in 2020 and quickly rose to prominence with singles such as “Vaikin”, which was streamed over 150,000 times on Spotify. Her music, like her Eesti Laul 2022 entry, generally tends to be in Estonian.

21-year-old Jessica Rohelpuu is a new face in the Estonian music industry too. In 2021, Jessica debuted with her single “PS You Idiot”. With the same songwriter as for that earlier single, Jessica will now compete with the song “My mom” in Eesti Laul 2022‘s fourth quarter-final.

Ariadne had one of the most-widely loved Eesti Laul 2017 entries with “Feel Me Now”. Since then, she has signed with a Baltic imprint of Sony Entertainment and has released a small string of singles, most notably “All In”, which received over 200,000 streams. “Shouldn’t Be Friends” will be her first song in over a year.

Consisting of Eurovision-composing veteran Sven Lõhmus, drummer Sulev Lõhmus and singer Lauri Liiv, Black Velvet was one of the most popular bands of Estonia in the 1990s and beyond. The group is most known for their 1997 hit “17”.  The group has however, contrary to many acts in Estonia, never taken part in Eesti Laul … until now.

Minimal Wind feat. elisabeth tiffany – “What to Make of This”

Minimal Wind describe themselves as a “group of friends that like to make music and art together” and that “their music ranges from soulful R&B and pop to indie and instrumental genres”. For Eesti Laul 2022, they have put their member elisabeth tiffany forward as the featuring artist on their track “What to Make of This”.

Poll: Which Eesti Laul 2022 quarter-final four act are you the most excited for?

Which of the acts are you most excited for? It’s time to vote in our poll! Choose wisely, you can only vote ONE time. Voting ends on Friday 10 December, ahead of the last show on Saturday. A Year in Search 2021: Eurovision and its stars dominate Google Trends 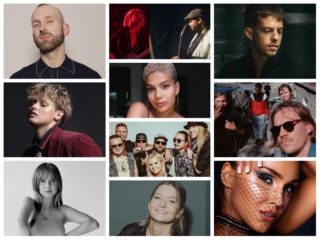 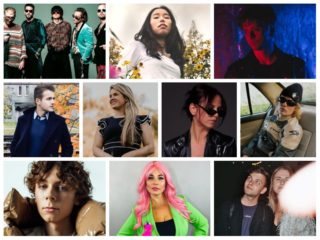 I’m really excited for Púr Múdd 🙂 Especially because they are collaborating with Madis Sillamo this time. If his real name doesn’t ring any bells – aka Madison Mars, aka Beat Service and etc.? Anyway, exactly my cup of tea of music 🙂 They might be not a contender to the ESC, but nevertheless – exciting for me 😉

Definitely Pur Mudd. I loved “Meet Halfway” back in 2016. Hope they are bringing something similar though I think they have moved on to a sightly different music style.

Last edited 1 year ago by Héctor
6

Based of first impressions, this seems like an average quarterfinal, but because I don’t want to judge a book by its cover, I’ll wait with judging until the songs drop. I am not really looking forward to anyone in this quarterfinal, but if I had to choose someone then I’d go for Ott Lepland.

What do think about this edition of eesti laul so far?

Was hesitant voting for familiar names because the ones so far have been letdowns to different degrees.

not all of them. Jaagup and Stefan are improvements in my opinion.

I admit, I only voted for ott because he was the only familiar name I could be excited for, But let’s hope this last quarter file could have some fantastic gems

it’s just a trendy dua lipa’d hairstyle, hopefully the song is as trendy

“Púr Múdd last competed in Eesti Laul in 2020 with the song “Ooh Aah”, reaching the final. ” lmfao what? no they didn’t

Oops! Thanks for noting. That will be corrected now. 🙂