The Junior Eurovision Song Contest is often a launching platform for some of our favourite Eurovision artists.

Now, as the 2021 contest in Paris fast approaches, we’re taking a look back at some of the Junior Eurovision superstars who made it big in the adult contest.

From The Tolmachevy Twins to Stefania Liberakakis, these kid stars kept slaying from the moment they stepped into adulthood.

List: Junior Eurovision stars who went on to Eurovision

Destiny Chukunyere is the name on everybody’s lips in Malta.

At just 13 years old, Destiny won the Junior Eurovision Song Contest in 2015 with her ever-iconic track “Not My Soul”. She made history as the first Black artist to win the Junior edition of the contest, and the first Black woman to win either contest.

Five years later, she returned to sing for her country at the adult contest. In 2020, she was set to sing “All of My Love” in Rotterdam. But after that contest was cancelled, she received the comeback ticket for 2021, slaying us all with her Charleston-come-dance-pop anthem “Je Me Casse”.

An initial favourite to win the contest, Destiny placed seventh overall in Rotterdam, scoring a grand total of 255 points.

The pair made their song contest debut in 2006 at just nine years old. They won hearts across Europe and brought Russia its first Junior Eurovision trophy with their song “Vesenniy Jazz”.

In 2014, they made a song contest comeback with the Dream Team-penned track “Shine”. Their performance featured a seesaw contraption, huge clear pipes and conjoined ponytails (Yes, really).

The Tolmachevy Sisters made it through to the final in Copenhagen and placed seventh, picking up 89 points total.

Kosovo-born Nevena Božović was the one who started it all — she was the first performer to do the double and sing at both Junior Eurovision and Eurovision.

Her first taste of song contest fame came in 2007, when she represented Serbia at the Junior contest with her self-penned ballad “Piši mi” (Write Me). Nevena placed third with 120 points, earning Serbia’s best Junior Eurovision result to date.

In 2013, she teamed up with gal pals Mirna and Sara to form Moje 3, who represented Serbia at Eurovision in Malmö. Their song “Ljubav je svuda” narrowly missed out on a spot in the final, placing 11th in the first semi-final.

But that wasn’t enough for Nevena. She gave it another shot in 2019, this time as a solo artist. Her track “Kruna” made it through to the grand final and landed her in 18th place with 89 points.

Anita and Michele competed as solo artists in their respective Junior Eurovision years, but crossed paths at the adult contest.

Anita represented San Marino at Junior Eurovision in 2014 as part of girl group The Peppermints (alongside Michele’s sister Raffaella). They sang “Break My Heart”, placing 15th.

In 2015, Anita and Michele teamed up to take a shot at the adult contest. Together, they sang “Chain of Lights”, penned by legendary Eurovision songwriter Ralph Siegel. They placed 16th in the second semi-final, failing to qualify for the grand final.

Sisters! But not the “I’m sorry, zero points” kind of sisters. Lisa, Shelley and Amy Vol have racked up some good scores during their song contest stunts.

The trio represented The Netherlands at Junior Eurovision 2007, placing 11th with their song “Adem in, adem uit” (Breathe in, breathe out). Lisa was 13 years old at the time, while twins Amy and Shelley were both 12.

Ten years and one name change later, now with a The Voice victory under their belts, O’G3NE threw their hat in the Eurovision ring. At Eurovision 2017, the Vol sisters sang “Lights and Shadows” — an uplifting anthem penned by their father Rick.

In Kyiv, the trio delivered holy harmonies and picked up a lot of love with the juries. They placed 11th overall with 150 points.

Stefania Liberakakis has flown the flag for two countries at Eurovision.

In 2020, Stefania made the switch and was internally selected to sing for Greece at Eurovision. She was set to sing “SUPERG!RL” in Rotterdam, but the contest’s cancellation postponed her participation. One year on, now 18 years old, Stefania took “Last Dance” to Rotterdam, along with some iconic invisible dancers and green screen trickery.

Stefania made it through her semi-final and received 170 points in the grand final, finishing in tenth place overall.

Upcoming stars aged nine to 14 will battle it out to win the miniature crystal microphone trophy and earn their country the right to host next year’s contest.

A total of 19 countries will take part. You can read about all of them here.

Which of these acts is your favourite? Will any more Junior Eurovision stars make their Eurovision debut soon? Sound off in the comments below. 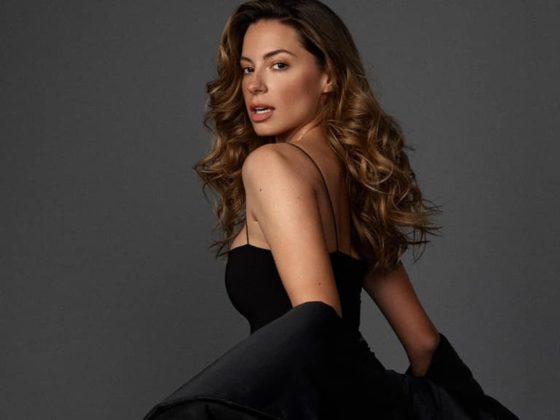 I want Isabella Clarke for Australia. Is she old enough?? I guess so. And I probably have so much other JESC artists who I would wish to see at Eurovision: Lidia Ganeva, Olena Usenko, Fiamma Boccia etc… I’ve been following JESC for some time now

Don’t forget the children who sang at Eurovision before the age limit rule was established in 1990: https://www.youtube.com/watch?v=4M-db5f_8P4

No honourable mention for Barbara Pravi?
Aka the writer of France JESC 2019, and their 2020 winning song, as well as the singer/songwriter for Adult ESC 2021, who got 2nd place.

I’d love Destiny to return to ESC someday. Je me casse did not show her true potential.

The staging personally wasn’t there for me, but I disagree. Personally it was a strong song but it was more about who she was competing against. Last year was so strong there were so many worthy winners. I’d love to see her back though. She nailed it and would nail it again. She could have won other years, but that’s the thing about a competition, you can be strong but you don’t know who you are competing against.

I’m sure Anahit (Armenia 2016) will return, she has a huge following online and is always involved in Eurovision-y things. Anna Kearney (Ireland 2019) is also another name I expect to see at Eurovision soon, her voice is incredible and she’s involved in this years song for Ireland. Viki Gabor (Poland 2019) is bound to return too. Malena (Armenia 2021) will also definitely return to Eurovision, regardless of her result this year.

I’m patiently waiting for my girls Krisia & Lidia to return to Eurovision one day! Both of them are two of the most talented singers we have in Bulgaria & the world needs to hear them, especially Lidia!!

*fingers crossed they will be able to return soon tho*

It’s not like all of them were little tots; none of them are legends.

It’s flavour text for an article headline. It’s not that deep.

little tot when you grow up

I would love for Roksana or Wiki from Poland to take part in the big Eurovision.