Nine countries took the stage for their first rehearsal on December 14, but Poland’s Sara James was the one who impressed our readers the most.

The “Somebody” songstress gave the full fairytale fantasy. She’s in a magenta tulle dress, surrounded by dancers in iridescent pink and blue bodysuits performing a ballet routine while holding glistening silver tree branch props. It’s like the spring equinox brought to life through a magical lens — not too dissimilar to Go_A’s “SHUM” at Eurovision 2021, but with more pastel tones rather than the intense gothic energy.

Second place in our poll went to Georgia‘s Niko Kajaia. He got 20.43% of the vote and won the hearts of 455 of our readers.

Georgia took us on a nostalgia trip back to the 70s. Niko’s performance of “Let’s Count The Smiles” channels Andy Warhol and Keith Haring pop art — pure entertainment with a just a dash of camp.

Third place in our poll went to Italy’s Elisabetta Lizza. Her “Specchio (Mirror on the wall)” performance gathered 283 votes (12.71%).

Full results: Who had the best Junior Eurovision 2021 first rehearsal on December 14?

Do you agree with the poll results? Is Poland closer to the trophy after the first rehearsal? Let us know in the comment section below! 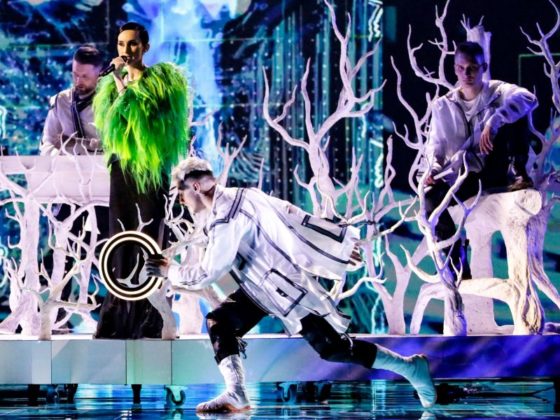 Ukraine: Suspilne opens submission window for new national final, with shortlist to be revealed no later than 24 January I agree. And I like that the pool results are showed after the pool is over.

Poland, Armenia, Russia and Azerbaijan seem to lead. Can’t wait for the other rehearsals.

Last edited 11 months ago by impressiveinstants
6

I like how colourful JESC is, It’s really all about the fun. The colours on Germany, the Netherlands, and Geogia Especially give me great happy vibes

I’m just waiting for JESC to be over so we can focus again on true Eurovision.

just an esc fan
Reply to  Im so fab

There are plenty of ESC related events so go and comment on those since you’re not interested! Your negativity is unnecessary!

ales
Reply to  Im so fab

don’t you get tired of constant negativity lol?

Lollipopmonster
Reply to  Im so fab

Dawid
Reply to  Im so fab

What else do you want to know about ESC when there’re no news? Another dozen posts titled “Could xyz represent zyx next year???”