Since winning the Czech Republic’s ESCZ last December, We Are Domi have been steadily making preparations for Eurovision 2022. The latest step on this journey is the release of the music video for their entry “Lights Off”.

We Are Domi coordinated the release of the music video so that it happened exactly at the same time as sundown in Prague – when the light went out.

We Are Domi release “Lights Off” music video

The “Lights Off” music video is set in a world where people are controlled by ear pieces. Any action that goes against the flow – including dancing and kissing – is not allowed and guards are on hand to bring everyone back into line. This ties in nicely with the song’s lyric “once again I’m left without control”.

However, We Are Domi’s vocalist, Dominika Hašková, begins to become conscious about everything that’s happening. She’s able to take her ear piece off and breathe freely for the first time whilst singing about the power she has an induvial: “I’ll ring thе changes, make a plan / I’m small but mighty, yes I can”.

The guards eventually catch up with Dominika. But help is on hand thanks to the electro-pop group’s instrumentalists Casper Hatlestad and Benjamin Rekstad – they’ve been leading a resistance against the controllers and deactivate everyone else’s ear pieces as well.

The music video includes the newly revamped version of “Lights Off”. There hasn’t been a massive overhaul, but there are a few small changes.

The main noticeable difference comes during the second pre-chorus. After Dominika sings “so I turn the lights off”, a pause has been added in the song. It is likely that We Are Domi plan on having a “Lights Off” moment during their performance at Eurovision in Turin. We saw a similar thing when the Czech-Norwegian group performed the revamped version for the first time at the grand final of Romania’s Selecția Națională 2022.

Otherwise, there are some minor alterations to the production of the final chorus that help give it an extra kick.

What do you think of the “Lights Off” music video? Are you happy with how We Are Domi revamped their Eurovision 2022 entry? Let us know in the comments below. 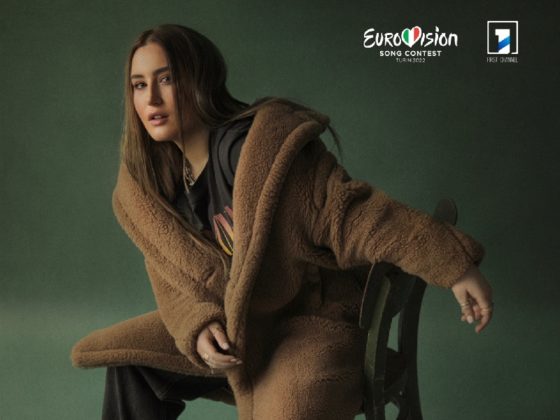 This is my favourite “Official Music Video” of the year so far.

I think because this was released so early, the fans have forgotten it a bit. But it’s excellent, and I have no doubt that during the shows the quality will be obvious to everyone watching. Personally, I don’t think they’ll have any trouble qualifying and the song is good enough for a high result!

This song is amazing and so underrated. I’m afraid if it could qualify for grand final

I know they’re in a death semi but I still think they’ll advance.

People never learn : does a revamp (or revamps may I say) made any good for the czechs last year ?

Omaga was never revamped, you mean Kemama in 2020.
Also Lights Off’s revamp added a big moment to the song. To revamp means to improve and the song is improved. I think all the countries that revamped this year and last year as well improved their songs. Some massively improved their songs.

I was afraid when I heard this would be revamped, because it was already a perfect electropop track. But it turns out the biggest change was for staging purposes (the track flows better without the break, but this can create an interesting visual moment on the stage) and they did something I always wanted for it: less effects covering Dominika’s voice.

Seriously I adore this song! First of all I think this song insanely catchy and I will confess this my most Eurovision 2022 stream song on my Spotify playlist. I genuinely think this song will stand out at the Eurovision and I do think that it deserves to qualify plus I will say the music video looks amazing as well. Overall I think if they get the staging right then this could be a special moment at Eurovision!

I loved the original version from the get go and thus I was reluctant of the idea of this having a revamp, but they managed to make it even better! 🙂
I’ve seen that Domi has been very committed to Eurovision since their win and have done everything possible to connect with fans and I hope it pays off big time in May! 😀

I love the video as well as the revamp!!! I loved the song from the first anyway. I like the concept of the video too, it’s very much like what Fabio Rovazzi would do (it reminds me of the video for Senza Pensieri, which had a similar concept) I hope Czech Republic will get atleast top 15, if not a top 10 placing. I’m really nervous about the staging, since it’s quite hard to do a good staging for these kind of songs. I hope the delegation has some amazing ideas!

Matyáš Vorda (stage director) is really good, he did the live-on tape video, he’s also very creative and understands visuals. One of the most recent works is ‘posílám ti lásku’ by Benny Cristo and… damn, it’s sooo good. They are in a good hands this year

Oh that’s really assuring! I hope the staging will be amazing!

I’ve loved this song since release and the video is just great… good concept. I did like the hair choice for the final scenes, but otherwise this is awesome. Really excited to see this on stage (with working tech equipment…)

Best video concept of the season. Love the play of “Lights Off” title.

You should not have included that live performance in this post as Domi had just recovered from covid and they had technical difficulties.

Calling it now, with a good live vocal this will finish top 10

I can see this happening, most definitely.

The video is brilliant and the lights literally turning off will be a moment at ESC!

Best in this song are the 90’s drum and beats, but I think they are a little bit weakear than in previous version. Pity, I love deep drums like in Snap’s Rhythm is a dancer. Melody of Lights off is nothing special so I would concentrate for music tuning to be absolutely top.

I really LOVE the 1984/Brave New World vibes coming from this video. It’s about a girl and a group of people resisting an incredibly restrictive, dictatorial society. This is what I believe ‘Lights Off’ is really about!

This is so high budget… wow..

I thought that live performance was music video xd

wow i love the music video

This video is world-class! ?