Subwoolfer are introducing us to more members of their yellow space wolf family. Luna Ferrari is noted to be Jim and Keith’s sister. She adds her voice to the chorus of the new song, warning us of the dangers that lurk once the sun sets: “When the sky falls / Just stay indoors / You won’t make it out alive / I can hear the wolves, they’re howling / Howling in the night”. In the accompanying music video for “Howling”, Norway’s Eurovision 2022 duo are attacked by their former subordinates who undergo a transformation. But Luna is on hand to defend her brothers.

“Throw me, throw me / Throw me to the bottom of the ocean / I have no breath, I have no life / If I don’t have you”. Ivi Adamou has that sinking feeling. Cyprus’ Eurovision 2012 star doesn’t see the point of continuing if she’s unable to be by the side of the one she loves. These emotional lyrics are packaged up in the contemporary ballad “Rikse Me” (“Throw Me”).

Life can quickly run away with you and suddenly, in the blink of an eye, ten years have passed. Harel Skaat is wondering where the time has gone after he takes stock of now having two children and being married to the Deputy Minister of Foreign Affairs: “Good Morning / Life runs forward / The heart is made of plasticine / And it makes me feel good”. Israel’s Eurovision 2010 star delivers a cheery pop song with “החיים רצים קדימה” (“Life runs forward”). He discussed the message of the track on social media:

“Life turns around and you never know where it’s taking you and here I am suddenly a father of two children and here Idan is the Deputy Minister of Foreign Affairs and I find myself jumping from work to home to parents and relationships. Like the rest of us actually no..? Take a sweet moment to listen inside and understand that life runs forward, and it is beautiful despite and maybe because of its complexity.”

A melting pot of artists and countries have been mixed together for “Enchanté” (“Nice to meet you”). German DJ duo YouNotUs have invited Malik Harris to provide vocals for the song. The Eurovision 2022 star is joined by Romanian singer Minelli from the second verse, while French music producer Willy William has also contributed to the production. The lyrics of the house/dance track see Harris catching feelings for a certain individual: “What’s your name? / I’ve just got to know / Can you stay till the morning / It feels like I’m falling in love / Allez, enchanté”.

“Leaving someone you love is not always easy. But sometimes you have to say goodbye to take care of yourself.” Basim is saying so long, farewell, auf Wiedersehen, adieu to a loved one who betrayed him. Despite the sadness of the situation, Denmark’s Eurovision 2014 star knows it’s for the best and that positive things will result from it. It’s this positive energy that comes out in the music, as the song is a strong dance-pop bop that also features a verse from $HYBXI.

After a number of years focusing on English-language music, THE ROOP are now returning to their native Lithuanian. The Eurovision 2021 band have shared the new single “Šiluma” (“Warmth”). It’s a bit slower than fans might expect from THE ROOP following their energetic Eurovision entries. Lead vocalist Vaidotas sings of the good memories he has despite his relationship coming to an end: “I can’t delete everything, unfortunately / What remained was warmth, warmth, warmth / And there is no more anger here”. Vaidotas explains the message further in the description of the music video:

“It’s a song about warmth that stays in your memory for a long time. When a couple goes their separate ways and the conflict subsides, forgiveness, recognition of mistakes, gratitude emerges, warmth remains in the memory and within.”

There’s no place like “Acasa” (“Home”). Connect-R’s new single focuses on the walls keeping his family safe. It’s a slow R&B song that showcases a more emotional side to Moldova’s Eurovision 2006 rapper. The music video premieres on Tuesday.

Serhat represented San Marino twice at Eurovision. But the star’s home country of Turkey is always close to his heart. Serhat has returned to his mother tongue for the new patriotic single “Benim Halkım” (“My People”). The accompanying music video features shots of Serhat singing while projections of Turkish people and flags are overlain on top.

Ben Dolic is evolving as an artist. Moving away from the club banger he hoped to perform for Germany at Eurovision 2020, Dolic has veered towards R&B for his new single “Come By”. A steady mid-tempo track, the Slovenian singer wonders whether a potential relationship is brewing or not: “Come by, yeah / Come feed my desire / I know you’re still getting over something and I get it / Where the f*** are we going baby, where are we headed”. Dolic discussed the song further on Instagram:

“come by is song that had me thinking outside the box and my zone. i wanted to go in a different direction but still keep it me and i couldn’t be more proud! it’s about a love that is very addicting but at the same time scary as both people live in a grey area and dont know what they actually want from each other.”

“Nothing tastes as good as skinny feels / Yeah, that’s what they say / But it’s so damaging”. Body dysmorphia creeps into many people’s lives. JOWST has taken up the subject for his new single “Skinny Feels”, which looks at the impact societal standards have on people’s perceptions of themselves. Norway’s Euroivsion 2017 DJ has brought Hannah Gail on board to provide vocals for the catchy electronic dance track.

French singer Ycare released his new album last week. All except one of the songs on Des millions d’années (Millions of years) are duets, and two of the tracks feature Eurovision alumni. The LP’s opening song, “Tatoués” (“Tattooed”), includes the work of Eurovision 2018 duo Madame Monsieur. Meanwhile, Eurovision 1993 act Patrick Fiori makes an appearance on “A la maison” (“At home”).

Kabát were the Czech Republic’s first ever Eurovision act when the country debuted in 2007. More recently, the hard rock band dropped their new album EL PRESIDENTO. The latest single from the LP is “RUMCAJS MILOVAL MANKU” (“Rumcajs loved Manku”). The accompanying music video is said to be the Kabát’s most expensive — it was filmed in front of a blue screen. Lyrically, the group reminisce about one of their favourite decades: “And I secretly hope you remember / For the hot summer of the nineties […] And the nights had a magic that made it impossible to sleep”. The Roop have range! This new song is so bittersweet and beautiful

Am I meant to NOT be hearing Alexandra Rotan when Luna Ferrari sings? XD

As Maya said, Harel Skaat IS married to the deputy foreign minister: https://www.politico.com/news/magazine/2022/02/16/idan-roll-israel-foreign-policy-00008916

You got it wrong: Harel Skaat‘s husband really is the Israeli Deputy Minister of Foreign Affairs, and they do have two children together – it’s not only in the world of his new song. He used to be a model and a lawyer and nowadays he’s a member of the Israeli parliament and Deputy Minister. And he’s gorgeous. 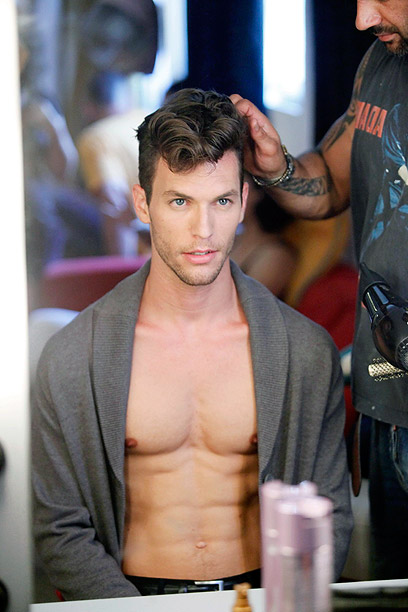 Ah, sorry. Thanks for clarifying. I’ve amended that 🙂

Lotta good stuff this week. Digging the Subwoolfer, The Roop, Ben Dolic. Plus a Lake Malawi LP to dig into? Fantastic.

Howling by Subwoolfer is amazing!

I looove Howling! So catchy, their best song yet ?

You had Patrick Fiord’s pic. Thought he’s got something to do with Eurovision

Patrick Fiori can’t be more Eurovision related, in 1993 he was on the esc stage singing a song in corsican language and finishing 4rth, one of the best male french voice still now.

Thank you. Didn’t know that.

I love Howling! So freaking catchy!

Another great song by The Roop, this time in lithuanian language. Thank you, quys !

Cant believe you have missed out the new song by the Shady Lady goddess Ani Lorak, here is it:
https://www.youtube.com/watch?v=GMxdOiM5TZc

Just so you know, Willy William is French ?