They’re the Norwegian twins who won Sweden’s edition of The Masked Singer over the summer. And now Marcus & Martinus are likely to sing in Melodifestivalen 2023, according to sources who spoke to Swedish newspaper Aftonbladet.

The Norwegian dance-pop duo are among Norway’s most successful musical acts. Since winning Melodi Grand Prix Junior way back in 2012, they’ve topped the Norwegian album charts with three albums (Hei in 2015, Together in 2016 and Moments in 2017). In 2016 they won the coveted Spellemann prize, essentially naming them the country’s artists of the year.

Given their huge success at home, it makes sense that they’ve never agreed to participate in Norway’s national selection — Melodi Grand Prix. The market there is relatively small and they’ve already conquered it. They’ve reportedly declined repeated invitations to participate.

But Melodifestivalen gives the monozygotic twin brothers an opportunity to win over new fans in Sweden, a larger market where they’re riding a wave of momentum following their win on The Masked Singer, where they took turns singing each week.

Aftonbladet reports that Marcus & Martinus, now 20, have repeatedly declined invitations for Melodifestivalen since 2018, when they turned 16 and were eligible to compete.

Aftonbladet notes that the duo made a surprise appearance during one of the Melodifestivalen after-parties earlier this year (which, we know now, coincided with their appearance on The Masked Singer). In the past year, the group have also hired a Swedish management team that “has a lot of Mello experience,” which may suggest they’ve been gearing up for this for a while.

“For a long time it was a clear no, but now it is leaning closer to a yes,” a source tells Aftonbladet. “But it will depend on whether they get the song. They will not show up with just anything and so far they are not completely satisfied with the result.”

Three of the newspaper’s other sources say that that the twins will compete.

Aftonbladet has a close relationship with insiders in the Swedish music and TV industries, and have a very high hit rate for breaking news about which artists will compete in the Swedish Eurovision selection.

Are you excited that the guys could be headed to Melodifestivalen 2023 in Sweden? Do you think they stand a chance of winning? Let us know in the comments box below! 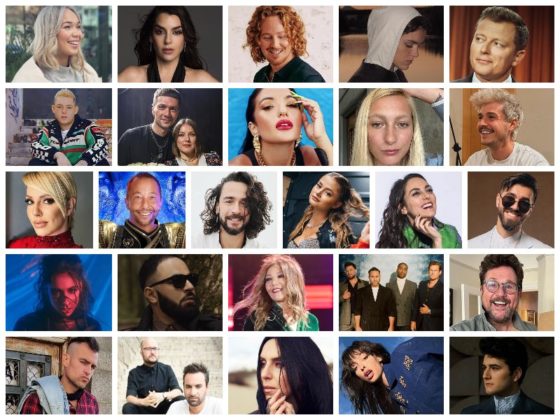 Forgot they were a thing. They aged so poorly lmao

That is, if they do end up competing in Melfest. Wait until the artist list is confirmed.

But they’re Norwegian… Melodifestivalen shouldn’t be their place. They should be in Melodi Grand Prix.

It’s beyond bizarre if they been repeatedly asked to partake in the Norwegian selection they would turn it down and go do the Swedish selection. I would be insulted as a Norwegian. Unless they were Swedish citizens. But clearly they see this as a business move and not a patriotic move. At least it seems like they work often in Sweden. When Margaret from Poland showed up at Melfest she didn’t speak a lick of Swedish. And she still made it to the finals…via andra chasen.

Katrina, from Katrina and the waves and Baccara has be in Melodifestivalen to

I wasn’t expecting to learn something new from here, but I’m happy for doing so! 😀

I am actually a twin myself, as a pair of fraternal girl twins. While my sister and I have some similar feature (bespectacled brunettes with brown eyes), she takes more after my mother and I take more after my dad.

It means a fertilized egg is split into two embryos. That’s how you get identical twins.

That’s one way to make your appearance distinct if you’re an identical twin.

Why not Norway? They are one of the most popular artists in their country.

I was thinking that myself, but the article says that they refused calls to go to Melodi Grand Prix.

It literally says in the article why not Norway: “Given their huge success at home, it makes sense that they’ve never agreed to participate in Norway’s national selection — Melodi Grand Prix. The market there is relatively small and they’ve already conquered it. They’ve reportedly declined repeated invitations to participate.”

Well, no, not really. That doesn’t make much sense to me, and it’s just a guess. It didn’t come from them. If they’re so popular, they would win. All the more reason to enter.

Tix was already popular when he took part of MGP, it doesn’t make sense

The twins are probably a bigger star than Tix, Or they don’t want the humiliation of losing at Melodi Grand Prix.

that possibly explains it

Probably the same reason why Margret did not compete for Poland a few years ago. They probably just want to promote new music. Mello is used as PR by many of the contestants there because they usually get a boost in sales etc…

One thing the article didn’t mention was that Marcus & Martinus were the Norwegian spokespersons for Eurovision 2017. I wondered why that duo sounded familiar.

Kind of weird if Sweden were to rely on artists from other nations. Then again, they probably won’t take the win anyway

I don’t it’s the first time artists outside Sweden have competed in melfest or even got to eurovision themselves.

Elisabeth Andreassen won Melodifestivalen 1982, and then went on to win the Eurovision Song Contest for Norway three years later. Anything could happen.

That’s exactly what I was thinking of, and I think one of the members of ABBA was actually born in Norway.

Elisabeth was born and raised in Gothenburg so she is considered a Swede. Like Helena paparizou..

Kamferdrops stayed in heat back in 2018 … (they were from Norway)

If they sing in Swedish or Norwegian, they aren’t winning, but if the song is in English they actually might have a shot.

It is not the first time non- Swedish artists compete in Melodifestivalen but they rarely, if ever win. Especially in this new Mello.They migt be popular but a win no. Becasue why would Swedes vote for non-Swedish artist to represent them?

Tusse is Swedish. People with citizenship are in fact Swedes which is the only way you actually count someone as Swedish. The twins have nothing with Sweden to do.