It’s been less than half a day since AVROTROS announced Mia Nicolai & Dion Cooper as the Netherlands’ entry for Eurovision 2023. While Dutch fans are trying to find out who the two mysterious artists are, some other fans and media outlets have found what appears to be the song title: “Chasing Highs”.

According to RTL Nieuws, among others, German music rights database GEMA has an entry in which the duo as well as Duncan Laurence and his fiancé Jordan Garfield are noted as songwriters on one particular track. This track is titled “Chasing Highs”.

If you go into the database, you can pretty easily find the following listing: However, the entry doesn’t specify which artists perform on the song, but everything indicates that it is the title of their Eurovision song. To find out for sure, we might have to wait a few more months… maybe they composed several songs during their collaboration?

“We have also discussed for a long time, of course, a number of other songs. There were really some good entries and also really a lot of young talent. (…) But we thought that this song had the best chance to end in a high spot in the competition.”

“Among the entries this year, there were famous names too. (…) That they are unknown doesn’t have to be a problem. We also saw that with Duncan. When he was proposed by Ilse DeLange, everybody also said: ‘Who is Duncan Laurence exactly?'”

The Netherlands’ Mr Eurovision added that the fact that Duncan Laurence and his fiancé Jordan Garfield wrote the song did not cloud anyone’s judgement. Rather, Cornald said that the song they proposed was simply the best of the bunch.

Who are Mia Nicolai and Dion Cooper?

Most of the fans have been more occupied with finding out who the Dutch contestants are, as AVROTROS’ press release contained very few details about the country’s act. So we have done a little digging…

Dion Cooper — whose real surname is Cuiper — originally lived in Wassenaar, near The Hague. He is a former contestant of The Voice of Holland, where he reached the Battle stages. In recent years, Duncan Laurence fans will have gotten to know him as a close friend of the “Arcade” singer, as he appeared as a pre-show act in Duncan’s shows.

Meanwhile, Michaja “Mia” Nicolaï is a bit more international. With a Russian mother and a Dutch father, she used to reside in Amsterdam, but now spends most of her time in Los Angeles. Once a budding actress, Mia was a student at the Toneelschool in Maastricht, a well-known theatre college. She starred in minor roles in several films and had a small appearance in Flikken Rotterdam, a popular Dutch crime series, and worked as a clothes model.

What do you think about the Dutch act? Are you excited for their song? Let us know in the comments below! 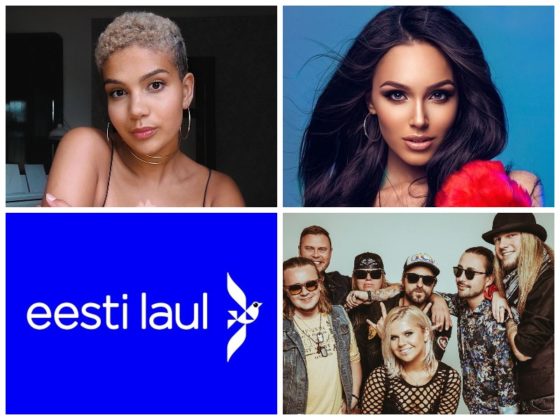 Why does nobody mention Mia’s mother is Russian?

Because it is not relevant?

There is a light guiding my way
Reply to  Stefan

Interestingly enough, her first name and surname don’t sound Russian at all tho. Nor Dutch either. In fact, I could bet she must have some Romanian origin when I first saw them, cause what they do sound is purely Romanian instead. Are you guys 100% sure Mia has no roots from Romania/Moldova?

A Eurovision winner will become a staple in any country so of course Duncan Laurence will be involved in some sort in the Netherlands. As a composer, writer, judge, commenter and so on…. Just like Jamala in Ukraine and Måns in Sweden… Winning Eurovision is hard so broadcasters will do alot to listen to and to value opinions of their winner!

I am excited to hear the song.

Oh and 2023 is looking to become a hot year as at least there are 2 amazing eye candies of the male speciment in this contest already!

I wonder if we’ll get more internally selected artists revealed before December when Ukraine and Albania will choose their songs. I still don’t know if Ukraine or Albania will be the first country to choose for 2023.

Duncan as a songwriter, for a song where Duncan’s friend is singing and now posing for a photo almost as a solo songwriter. Cornald saying having Duncan wasn’t the reason they were chosen, but saying that his past experience was appriciated.

Calling out bigger names for having crappy entries surely wasn’t a good comment to make, but we’ll see once The Netherlands have another 8 year NQ streak.

I am really curious to know what their song will sound like.

I am a Duncan Laurence fan, but I hope we get to hear his identity in the song as little as possible, we need to hear the song identity of Mia Nicolai and Dion Cooper.

I have the same issue as others about this: Duncan is not the sole songwriter of ‘Arcade’ and another the songwriters has co-written one of the NF entries for Estonia but they aren’t being promoted in the same way. Duncan hasn’t had a hit song since ‘Arcade’ and he wasn’t the ‘big name’ people expected to help Rosa Linn develop her career. He is a flop and everything he does seems like a cash grab. Him posing with the two artists is such poor taste.

Okay, you don’t like Duncan, we get it. But to call this a cash grab? Do you really think he’s about to make any money off of this? If anything, it’s probably the opposite. The Dutch broadcaster’s budget for Eurovision is notoriously low.

Is it? Surely, no songwriter is doing it for free, though. But maybe that’s why they chose them, so they could get a cheap deal.

Sure, if the song becomes a hit, he’ll make some money. But AVROTROS isn’t out buying songs like some other broadcasters are.

Most songwriters remain faceless and don’t feel the need to be draped over their artists. Songwriters get paid and any promotion for own singing career is a win.

If Cornald Mess was meant to do damage control with his comments then he failed. If anything I think people find it even more fishy. Duncan is a co.writer with five other people yet his name was heavily promoted, more so than the artists singing. Even Cornald mentions his name. I do think the Dutch will ask if they have thier own in-crowd in the song selections..

As soon as you need to write “Duncan didn’t influence the committee’s choice,” you know something’s fishy.

Not really. Some people like to fire all sorts of unfounded allegations based on their own personal feelings or personal dislike of certain artists etc.

I trust the Dutch to know what they’re doing. Since Duncan in particular, so I’m happy to see his involvement here. I will let them do what they gotta do.

Not gonna lie, seeing Duncan posing in the middle of the actual artists is already a minus for me. The fact that they feel the need to advertise this one songwriter so heavily over the actual act and that the actual act seems to be more excited about being with the 2019 guy than standing own does not bode well.

Standing on their own

Indeed it’s off-putting. It’s like if Duncan had posed with Ilse back in 2019 when being promoted :/

I do like Ilse’s face more, I’ll admit that. Also: as it appears, the song wasn’t written by him, it was written by a bunch of people including him. And yet he’s the strongest argument for this choice? He’s listed as the fifth person in the credits.

and it’s not like he’s a big name either. he hasn’t entered the top 40 of the dutch single top 100 chart since arcade (2019) and his album spent 9 (NINE) weeks in the albums top 100 despite a re-release and a performance in the eurovision final!

Duncan was teased as a ‘worldwide star’ (lol) for his duet with Rosa Linn. That flopped and now he’s moved on to this to promote himself again. When will he realise nobody cares about him!

Nobody cares about the guy who win Eurovision, who brought the trophy to the Netherlands for the first time in 44 years? Sure, he may not have been catapulted to international stardom after that or scored a string of worldwide hits, but actually that is a pretty rare thing for any Eurovision winner. You’re being inexplicably nasty about him, while I already just care about him because of what he did in 2019. And he’s been steadily working on a pretty decent career since then.

he brought the trophy to the netherlands and yet every single since arcade has bombed in your charts (some didn’t even chart at all).

He’s had several songs that charted, and my main point is that he doesn’t deserve these remarks about being a flop or that “nobody cares about him”.

those abysmal chart positions (where available, not all his singles made the top 100) say otherwise…

I don’t get why he’s being trashed by some ppl here. I mean, I get the current concerns, they’re legit, but he paved the way for future artists to try Eurovision and stop seeing it as some sort of kitsch festival and his entry became the first ESC song to chart on the Hot 100 in 25 years. Yeah, he hasn’t had another hit afterwards, but many artists don’t even get to have one in their entire careers

he’s legit unmarketable as a singer. but he can have a nice career as a songwriter behind the scenes.

eeeeeh that’s not true. In the meantime Duncan has 6 hits in Top 40. I won’t call him a flop.

thank you radio spammage. now look at the dutch single top 100 (sales and streaming only) and it’s another story hihi

Why do you always obsess over charts? As if that is the only thing that matters to artists, to have as many hits as possible. Believe it or not, not every artist cares about hitting charts, they just want to release songs. And lack of chart hits does not mean artist are not relevant or a flop. Some artists have never hit any charts yet have been active for 30 years. Charts do not equal sucess

He’s signed to a big record label that want to profit off his music. You’re right some artists don’t chase the charts instead they make alt music and their fanbase, tour shows and album sales make up for it. Duncan doesn’t fall into that category.

Strangely enough, he’s not in the middle of the artists’ promo pic, either.

Duncan Laurence and his fiancé Jordan Garfield get the mention though.