Over the past two weeks Hungarian Eurovision and A Dal stars Kallay-Saunders, Bogi, Viktor Király and Hien have been working their muscles. Why? Because the four artists each carried home some big trophies at three Hungarian award ceremonies.

The first event was the Bravo Otto, which took place on May 31. A professional jury selects the candidates, but BRAVO readers decide who deserves the hardware. They awarded Kallay-Saunders “Best Song of the Year” for “Running“, which came fifth at Eurovision.

The next big party was held on the next day, on June 1. The Fonogram Award was founded in 1992, and was previously known as the Gold Giraffe. A professional committee decides winners across 21 categories. But for us the most important in this year’s lot was the Best New Artist award which went to two-time A Dal contestant Bogi. The 17-year-old came second to Kallay-Saunders with the jury this year, and was a huge favourite after Kállay-Saunders. We All is still a big hit in Hungary. Hopefully Bogi will compete again in next year.

And here’s the prize… By far biggest musical event in Hungary is the annual Viva Comet Awards, which took place on June 12. On the Hungarian music scene this contest is just BOOM and there’s no question about that. The awards show is crazy and loud and shines with Hungarian and international music stars. There are seven Viva Comet orbs and last night two of them went to stars from A Dal.

Viktor Király won the Best Male Artist title and Hien won Best Female Artist. This night was special for other reasons too: Viktor Király and Kállay-Saunders performed their new songs and both of them are pretty amazing. So much for the politicians! Belarus will participate in Eurovision 2015 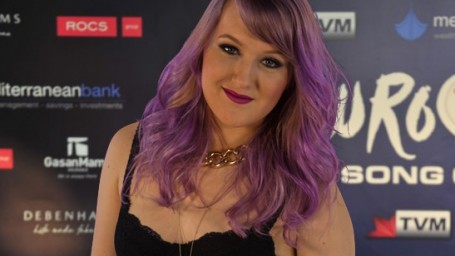