As Eurovision fans eagerly await the announcement of next year’s host city and arena, officials at ORF face the tricky task of deciding who is up for the challenge. Vienna, Innsbruck and Graz are still in the race and, as we’ve read on Österreich.at, the internal debate is heating up.

It seems like Innsbruck is the current favourite because of the strength of its application and because it has strong support from municipal authorities and the Tirol Tourist Board. The Governor of Tyrol, Günther Platter, has ensured that financing is not a problem. Apparently all those ski bunnies have deep pockets…

Not to be outdone, the mayor of Vienna Michael Häupl has pulled out a wild card. In addition to the Wiener Stadthalle, which is currently booked during the six-week run-up to ESC, the Mayor has presented a plan for a brand new hall in Neu Marx. Talks between Häupl and ORF boss Alexander Wrabetz are already underway.

A decision is expected to be taken in July.

Häupl proposes a new mega-hall with space for 15,000 fans. Häupl is incredibly keen to host the 60th edition of the contest in Vienna, whilst giving the Austrian capital a new multi-purpose hall, conveniently timed with an election year. Sources say that it is a sophisticated plan, but that it may not be fully completed until May 2016—a year after it’s needed. However, ORF already has a plan of action as it could hold the show in the new hall, while putting auxillary rooms (spaces for artists, press and VIPs) next door in the Rinderhalle, a smaller venue that already exists. A big plus for the new hall are the excellent transport links.

After Eurovision the complex will be used as a multi-purpose hall for sports, music and arts events. Estimates suggest it will cost tens of millions of euros.

We’ll have to wait and see how this all pans out. In the meantime you can still vote in our Venue Poll by clicking here. 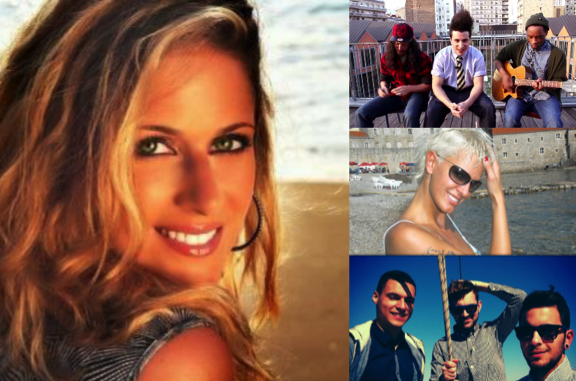 Poll: Which Eurovision song will be 2014’s summer hit? Malta: November National Final To Get The Drop On Competition

@Darren So Denmark will probably do what Norway did in 2011 and send their version of Michelle Mwangi or something and give Denmark their 4th NQ (Their 1st since 2007). I am glad you enjoyed Vienna. I enjoyed Malaga. It was amazing. Made friends from Norway. Yeah, I think that either AVRO Tros (NL), SVT (SE), RTE (IE), RAI (IT) or Magyar TV (HU) will be hosting Eurovision 2016. For now, it is all between Hungary, Ireland (You know, if RTE internally select Ryan Dolan with a powerful, courageous song like ”Fall to the floor”, I would not be surprised… Read more »

@Deven Vienna was amazing!!! I was only there on a day trip, I was in Prague for most of my stay, but yeah, Vienna is awesome, a bit like Paris, if you’ve ever been…but it is the ideal location for a Eurovision to be staged in Austria, for transport, hotels, a major international airport and tourist sites. And as for your list of potential winners next year, yeah I have to agree with all of them, especially Italy, Hungary, Ireland and the Netherlands, but I dont think Denmark will win next year though, as ESC 2014 almost bankrupted DR, so… Read more »

How was Vienna Darren?

After being in Vienna on Tuesday, I can honestly say that Vienna would be an excellent host city!!!
I really hate the way Eurovision, since 2010 has chosen lesser known or dull cities as hosts, such as Malmo.
Vienna needs to host this, its been 60 years since it hosted last and probably another 60 years until they host again!
Vienna all the way ORF! Forget about Innsbruck and Graz!

YES please we want that mega arena holding up to 15000 fans! Vienna is a beatiful city and it would be great to see it hosting the show, more convenient for all of us. If Azerbaijan did it in 2012, Austria can definitely do it in 2015

Oh yes, the thing is though, interest in Eurovision can really help a country host a phenomenal show. Like for example, I think Sweden a stellar show last year and that is down to a serious amount of interest. As a matter of fact, 3 Swedish blokes and I were talking about Melodifestivalen, Eurovision and Bjorn Gustafsson in the hotel bar on Tuesday night. I have to say, Swedes really love ESC because we talked about MelFest and Kristian Luuk endlessly. I knew Sweden loved Eurovision but actually messing around with Swedish people really gave me a sense of actually… Read more »

I want ORF to really pull off a phenomenal show because looking at Austria’s abysmal recent record in Eurovision and because there is a serious lack of interest in Eurovision in Austria (I thought there was a certain lack of interest in Denmark compared to Sweden or Norway.), this could be the last time they host Eurovision for a very long time (Denmark will win again soon. As will Sweden and Norway.).

The thing is though,

I hope for Innsbruck, it’s really a nice city and i think the venue in Vienna won’t be ready for May…

And Innsbruck is very near to me 😉

In a newspaper report, it said that they’ll go for Vienna, because they would lose a lot of money, if they would have gone with Innsbruck…

Hi guys. I am back in Ireland now. I’m sad but because I have made 2 really good friends. Both from Norway.

Anyway, now I am back in the world of Eurovision. I say build a new arena for Eurovision 2015. This could very well be the last time Austria host for a long time. So really make the most of it.

Just send it to this year’s runner-up, this is never going to be finished in time :’)

They are throwing so much money at this, I love it. Going to be one impressive show (if they can finish everything on time…)

My concern is: can it be done? Look at Baku 2012, with all of that money and focus it was still being worked on during rehearsal weeks. JUST TELL US ALREADY ORF!!!

Why not move the date of the contest till the venue in Vienna is available .. Late May even June ..

I would say build new arena but it won’t be properly finished on time .. This situation happening every year is sure to put off less wealthy and smaller countries from wanting to win the contest .. I really hope I get tickets for 2015 .. Went to Copenhagen this year but didn’t get tickets for final however still had a great time watching on big screen but really want to see it live in 2015 so a venue with more seats equals more tickets improving my chances …..

I say GO FOR IT ORF! you will probably host this event this once.. for a looong time. considering austrias track record at eurovision for the last few decades.. I say go full out and build a new arena!