This afternoon the Wiwi Jury — our in-house panel of music unprofessionals — took a trip to Valletta to admire the baroque buildings in the Mediterranean sun. Whilst expanding our culinary palette with some fenek, we decided to review Destiny Chukunyere‘s Junior Eurovision 2015 track ‘Not My Soul’. Are we digging her Motown throwback or would we rather trade our soul for some money and 15 minutes of fame? Read on to find out…

‘NOT MY SOUL’ REVIEWS – DESTINY CHUKUNYERE

Angus: So thirty seconds in I was booking my flights to Malta for JESC 2016! Destiny knocks it out of the park — equal parts Leona Lewis, Ariana Grande and Christina Aguilera — every time. Destiny’s victory might just be written in the stars.

Deban: Destiny is the strongest contender in this year’s competition by far, and probably in the Top 1% of the best JESC contenders ever! “Not My Soul” is universal, it cuts across all demographics and it manages to retain the interest of the religious and secular alike. Destiny’s long wait in presenting her song was a wise move! It highlighted how much better her song was than what preceded it. The end result is a gospel-inspired vintage jam that could easily (and justifiably) secure Malta’s second victory.

William: Young Destiny serves Aretha Franklin realness from the very first note. The song is well-paced, builds from verse to verse, and gives Destiny plenty of space to fill it with her enormous vocals and range. It hints at black spirituals from the American South and funky jives straight outta Motown. Yet this remains accessible to kids. They can’t take Destiny’s soul, and honey, they can’t take her voice either! My favourite song of the year.

Sopon: Slay, Queen Destiny! With sass levels through the roof and a big voice to match, Destiny embodies her song perfectly. Malta might be stepping away from their JESC formula, but with good reason and (hopefully) fantastic results. Josh: YAAASSS MALTA! This is upbeat done right, y’all. A perfect blend of maturity and youth, Destiny Chukunyere nails the vocal on this Cee-Lo-Green-esque track. And what I love is that she remains 100% true to herself in the video clip, having fun whilst dancing like a complete dork. This is a song that I can absolutely get behind and I anticipate another high score for Malta in JESC 2015!

Robyn: Destiny was one of the first JESC acts to be confirmed, but Malta took their time choosing the song. It’s no surprise that “Not My Soul” sounds handcrafted for Destiny, taking full advantage of her rich, soulful voice. The song pays homage to Motown classics (there are echoes of Marvin Gaye’s “You’re All I Need To Get By”), but it never sounds like a pastiche. Destiny owns it.

William C: When I heard that Malta was going with Destiny, I was a little bit disappointed: I assumed she’d bring yet another power ballad. Thankfully she’s mixing up the Maltese formula. Destiny brings fun to the stage and with her powerful voice I think she will slay the pack in Sofia. I know her destiny: the Top 3. Our jury consists of 21 people, but we only have room for 7 written reviews. Here are the remaining 14 scores. 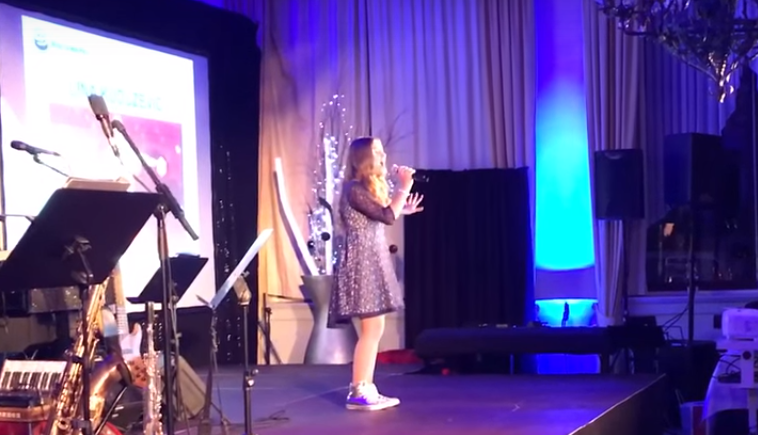 I think this is Malta’s worst song in 2010s. Last year was their best song ever, so we’re going down..

For me, the top 3 so far are Serbia, Malta and Armenia. Good selection of songs this year.

15th for me.. don’t understand why everyone likes this song. It’s not really a nice song.. the video also ruins it for me. Only good thing I can say is that her voice is strong, though I’m not a fan of her song.

My winner with Australia and Slovenia. They are all top 3! Yay! 🙂

Am so happy you guys like her most! She’s my favourite. Hopefully she won’t do as bad as Cyprus last year. Cyprus was awesome last year and came like only 9th. Malta hopefully won’t finish like that!! Vote Malta Europe!

By and far the best song this year. One of three contenders for the win this year (alongside Armenia and Slovenia) in my opinion, and if she doesn’t at least get into the top 3, it will be an absolute travesty.

Hoping for Top 3 for Malta.

My FAVORITE this year! I really need this song for my iPod!!

The average score is the deserving I think! Fantastic song. It gives me a bright smile from the beginning. Sassy, with a great build up, a great chorus and probably the biggest voice of this year’s contest. That’s the third year in a row that Malta has a great showing and I think it’s my favorite of their three efforts. 9.2/10 and my 3rd-4th of the year. good luck Malta, I expect a top three placing if not winning.