“[He] passed away this morning at his home in Las Vegas after a long and courageous battle against cancer,” the family’s rep said in a statement sent to People. “The family requests that their privacy be respected at the moment.” René’s passing brings to an end an 18-year ordeal with throat cancer that saw wife Céline emerge as his principle caregiver.

Last March the “My Heart Will Go On” singer revealed that René’s condition had deteriorated significantly: He was no longer able to eat and had to receive all of his meals through a feeding tube.

“He can’t use his mouth,” a tearful Céline said in an interview with ABC news. “He can’t eat so I feed him. He’s got a feeding tube. I have to feed him three times a day. I do this myself. So I feed my husband, then I feed my kids.”

René Angélil: Man behind the hitmaker

They say that behind every great man there’s a strong woman. In the case of Céline Dion, the adage definitely worked in reverse.

For more than 35 years music manager René guided Céline through the music business. The pair met in 1980 after Céline, just 12 at the time, sent him a demo. Thirty-eight years old at the time, he instantly had faith in young Céline and re-mortgaged his house to fund her first album.

Their relationship was strictly professional, but by the time Céline turned 18, her feelings had evolved into something deeper.

As she told Access Hollywood in 2013, her mother was not amused.

“For my mom he was not the ideal Prince Charming,” she said. “When I told her I had some really strong feelings for René — and he had been married twice and had three children — she tried everything to kill him, and to make me snap out of it.”

But she didn’t and their relationship blossomed, both personally and professionally.

By 1988 René had guided her to the Eurovision Song Contest, where she sang “Ne partez pas sans moi” for Switzerland. She won and used the contest as a launchpad for international stardom. The pair married in 1994. In November 2013, while promoting her album “Loved Me Back To Life” in the UK, she told ITV’s Jonathan Ross that she won Eurovision partly because of René’s belief in her.

René is survived by the couple’s three children – René-Charles, 14, and five-year-old twins Nelson and Eddy — and by his three adult children from a previous relationship — Anne-Marie, Patrick and Jean-Pierre.

Céline is currently mourning with her family in private. We hope that one day she can take solace in her Eurovision song, the lyrics of which speak to fulfilling dreams and finding love that lasts.

The devotion she showed to René throughout their life together — and that he showed to her — suggests they got there.

On Saturday Dion’s rep confirmed that Daniel, one of her 13 siblings, had died following a long fight with cancer that affected his throat, tongue and brain.

Celine has not yet commented on her brother’s death, but her sister Claudette told Le Journal de Montréal that family members had rushed to his bedside. Daniel reportedly died at 5am this morning, aged 59.

“He was ready and he no longer suffers,” Claudette said. “It was serene.”

Following her husband’s death, Celine cancelled a series of concerts, which are part of her residency at Caesers Palace in Las Vegas. René’s funeral will be held at Notre-Dame Basilica in Montreal — the same venue where he married Celine 21 years ago. 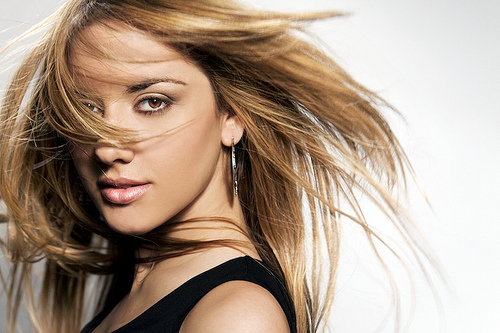 if my fav singer Francoise Hardy dies, i’ll be offline on youtube.

The 2016 deaths are starting to get on my nerves. First Savid Bowie, and now Céline’s husband? What’s going on?!?!? 🙁

Once in a CNN interview Larry King asked Céline of when she knew that it was love between her and her manager, she said without hesitation that it was in Dublin during the Eurovision Song Contest 1988 when René confessed his love to her. I’ve heard many times said that Eurovision does not mean a great deal to Céline Dion’s musical career. Well that might be so, but to her personally it meant a great deal.

She’s an amazing woman. He was so in love with her — you saw it in pictures and interviews. RIP René

Further proof that an age gap means nothing when it comes to love. What a beautiful relationship. RIP