Earlier today the Wiwi Jury – our in-house panel of music unprofessionals – watched the performance of the boy band ByTheWay and their song “Free to Fly”. They went through to the A Dal 2016 semis after being saved by the public vote, but what did the Wiwi Jury think? Read on to find out… Watch their live performance at MTVA

Robyn: Something doesn’t quite add up here. “Free to Fly” is a good pop song, and the individual members of ByTheWay are obviously all good singers (particularly the one with the big soul voice). But put it all together and it just doesn’t feel as powerful as it should. Their origin as a put-together X Factor group is too obvious: they feel like three singers, not a pop group.

Angus: BTW this is hella good. It may be a mish-mash of genres but that anarchic flair is what has me hooked time and again. The band could gel better and harmonise more, but overall this is a slice of fun in the competition. A little lightweight fun never hurt anyone.

Judit: I have to admit, I’m a fangirl since they were in the Hungarian X Factor. I was so happy when the MTV revealed their name was among the best 30, but the live performance wasn’t perfect at all. The song is good, well, at least I like it. They look good, but they have to find the harmony! They can improve, I believe it.

Patrick: Now this looks promising. Nice faces usually help a lot, and even the music is not bad. The performance delivers strong voices and a good beat even though it is sometimes lacking and isn’t so original either. It’s a good prototype but it needs a lot of work!

Dayana: Boy band? Yes! ByTheWay? No. I completely forgot both the tunes and performance right after watching it. Had they more originality, they’d have more chances on A Dal. However they seem to have the needed potential, so hopefully we’ll see them on A Dal some time again. But for now… no, thanks.

Luis: This song is a well produced mess for a very poor trio of voices. The one that doesn’t rap particularly well doesn’t have a voice good enough to fill this song. This asks for something fierce, with strong and powerful vocals that can enhance it. Instead, the main vocalist’s tune is noticeably quieter than the background music. I’d rather have the three backing vocalists singing “Free to Fly”.

To reduce potential bias, we drop the highest and lowest scores prior to calculating the average. We removed a low of 3 and a high of 7. 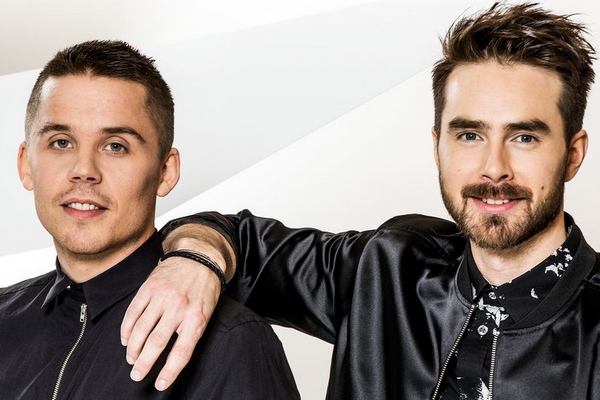 Lithuania: Wiwi Jury reviews Donny Montell with “I’ve Been Waiting for This Night”

That was not good.
Hungary is going to send a strong entry this year. THIS is not it.