We’re back in the green room at Háskólabíó, where contestants from the second semi-final of Iceland’s Söngvakeppni 2016 were anxiously waiting to see which three songs would reach the final. One of the lucky three was the duo Þórdís and Guðmundur, with their rap song “Spring yfir heiminn” or as they’ve called it in English, “Ready to break free”. The wiwibloggs team caught up with them and of course they were ready to spill the beans.

According to Þórdís and Guðmundur, their song represents two separated love stories which entwinine in the end. They’re ready to roll with the English version and, as you can see, Guðmundur isn’t one to shy away from rapping acousticly.

Þórdís and the song’s main composer Júlí Heiðar actually met through Tinder. The app certainly made Eurovision magic when those two matched. They’re now a couple, with poor Guðmundur acting as a third wheel… something that seems too heartbreaking for him to talk about.

Icelanders appear ready to give rap a chance this year. Could we see the nation’s first rap number in Globen next May? Share your thoughts below. 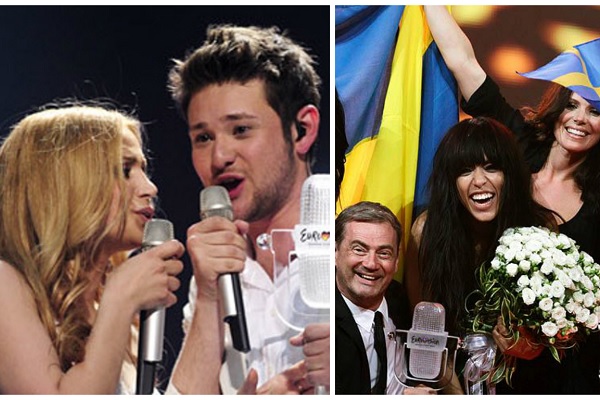 Eurovision voting system change: When would it have made things more exciting? Iceland does not matter. Now everyone must vote for Samir & Viktor in Sweden!

LOVE LOVE LOVE THIS SONG! As great as Greta is I would be so happy to see this win (and place it top of selected songs so far)

I’m not sure about this song. It may do well in Iceland, however I doubt it will achieve good result in Stockholm. I think that Elisabet or Greta would be better choice

The favorite sing of many bloggs has an old fashioned song in my opinion. The Icelandic final has just one contemporary song: Þórdís and Guðmundur, with their rap song “Spring yfir heiminn.” Hopefuly they go to Stockholm. They have at least the chance to go to the final.

They should break free and break right into first place! If they dont win, i dont know who will.