Hello, Blighty! Our Wiwi Jury is taking a quick trip around the UK ahead of the Eurovision: You Decide final this Friday. It’s the first national final the BBC have put on since 2010 and we are excited. This time, we’re looking at Joe and Jake with their song, “You’re Not Alone”. Find out what we thought about the song below, and don’t forget to vote in our Eurovision: You Decide poll to have your say too.

Joe and Jake with “You’re Not Alone”

Check out the “You’re Not Alone” lyrics here

Max: “You’re Not Alone” is a likeable song…but that’s part of the problem. It’s just a bit too nice. There is progression in the final parts, but this doesn’t stop the entry feeling a bit too vanilla on the whole. Their The Voice auditions demonstrate that they shouldn’t have any problems vocally live, but I don’t think even an exceptional performance would make this memorable enough. A competent yet unremarkable entry.

Deban: Nothing about this spells stardom — even the name Joe and Jake — doesn’t court any notions of something special. Similarly, their song is equally lacklustre.

Edd: “Joe and Jake”… seriously!? Could they honestly not find a better name? Anyway, a very enjoyable song, reminiscent of many a Swiss entry. The African sounding string instrument in the chorus adds another dimension to what would otherwise be quite a bland song. However, with Belarus, Cyprus, Georgia and Montenegro already with confirmed rock songs, I would avoid this genre for a good result.

Chris: Harmless and inoffensive, Joe and Jake are clearly going for the “nice boys” image in this song. Whilst that’s a tactic that would have worked years ago at Eurovision, the contest has definitely grown up since then — hence why Anti Social Media crashed out in the semi final last year. “You’re Not Alone” is, in essence, a weaker version of what Denmark are going for again in 2016. I can’t really fault it and the production is nice, but there’s just nothing to make it stand out.

Anthony: Following Electro Velvet’s Bianca Nicholas last year, I knew it all along the BBC wanted to include a former participant from The Voice. And we didn’t get just one, but two this year. Foes-turned-friends Joe and Jake are serving up a bit of Softengine realness for the UK. However, aside from the chorus, there’s not much else going on to give “You’re Not alone” that wow factor.

Antranig: These boys have the voices, the look and the sound to do very well. The lyrics of “You’re Not Alone” are a bit too repetitive and predictable in the chorus even though they are amazing in the verses. I don’t think this would be particularly memorable at Eurovision but they are definitely one of the better acts in the UK selection. Luis: I quite enjoy this one. It’s simple, easy to listen and the guys’ voices are pretty good. Nothing really outstanding, to be honest, but an original stage presentation can lift this up. I hope they do get something interesting for their show, because if not, it’s also true that this song has a slight mobile phone company advertisement tune feel on it that can make it feel out of place in the live show. In short, I want this to be more Keane and less Vodafone.

William: This is just so British! Despite the obvious nod to Coldplay, Joe and Jake are doing their own thing and delivering a mainstream, radio-friendly song. The production sounds expensive and their voices blend really well. I worry the song gets a tad repetitive, but hopefully they can add shape and variety during their live performance. It’s not going to win Eurovision and may struggle to reach the left-hand side of the scoreboard, but this is a credible song and act that UK fans could rightly get behind as they wave their flashlights. 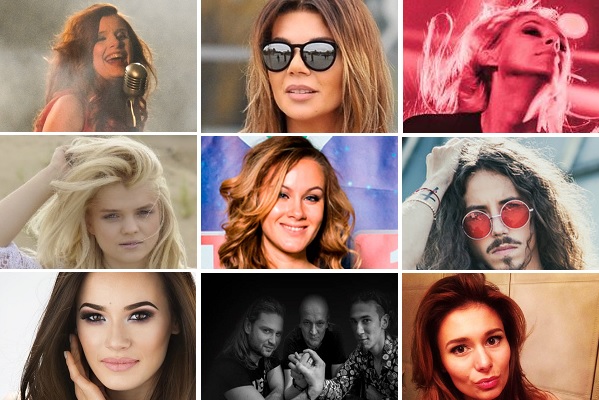 This one is probably my favorite of the songs, actually.

These 2 guys have the Bonnie Tyler syndrome: they are obviously good singers, but their song is bland…

Honestly I’m not sure how well/badly this would do at the contest, but I just love the song. They’re definitely my favorites on Friday.

@ESC_Button: Apologies, Gav and I were joking about it after Krista Siegfrieds kissed another woman at the end of her song for Finland in 2014. I didn’t mean to suggest anything about them personally. The song is always open to interpretation though.

why would they kiss, I thought they were mates?!?

@David Who. I take it back. What the song needs is a Krista Siegfrieds.

@Gav. Guys kissing never seem to go down as well as women kissing; that’s a sad truth. Although I’d like to see them do it, it wouldn’t actually make sense for this song unless they did it behind a screen (hence, “they don’t need to know”).
Krista Siegfrieds would be honoured though. 🙂

i find the lyrics really catchy and their voices really blend harmoniously. but can we stop all these songs about not being alone? *sobs*

It has hints of Coldplay’s Adventures of A Lifetime. This song entry represents what’s hot in UK charts right now. If they can pull of a staging & live performance like this year’s Superbowl Halftime show then I think it will do really well in Stockholm!!

I agree with Katy. It’s a good song and I really think they could perform well and have the live experience.

@Katy – They’re not exactly Samir and Viktor though, right?

I don’t get the negativity towards this song? It’s a catchy pop song which I actually think would do really well in the voting (hello fan girls?) Plus I think they would perform with confidence on stage since they’ve both been on the voice.

I’m just banking on a gay kiss at 2min53 to save the song and bring the votes. That’s how it works right?

Alternative-pop rock would be the spectrum it fits best

Fail to see how this is rock?

Definitely the best music in the selection. I think it will win. I love the Coldplay vibes. Just really enjoyable to listen to. Even with the other ~rock~ songs this would easily go above Belarus/Georgia and I don’t hold any hopes for what Montenegro will send so no harm if the UK do pick the lads

I really like it! It’s actually my favorite of the 6 (not to say Bianca or Darline are bad I just like these two better). It reminds me of a song that’d be on FIFA, i’d probably give it an 8.5 or 9. I’m just trying to figure out the staging of this. Will they do it elina/stig style or more like the CL?

I think this is really bad.
Why is it that other countries have winners from the Voice and X Factor as their Eurovision entrants and the UK has to endure the likes of this?

Lyrical question with this song: You’re not alone, we’re in this together etc. okay, but “They don’t need to know”?Who doesn’t need to know? Surely not the audience otherwise why sing the song in the first place?
Despite the oh-oh-ohs and the sky-eye-eyes this song isn’t as annoying as last year’s Netherlands entry (why-eye-eye-eye?!!). The positive points will be that they are cute British lads who can really sing well live – they may win on Friday purely based on that.