The 11th of May saw the first ever #wiwijam take place at the Hard Rock Cafe in Stockholm. A total of fifteen acts – from past, present and future – took to the stage in what was wiwibloggs’ first ever event for our fans and our colleagues. Approximately 500 people packed into the venue to witness what will hopefully become a highlight in the Eurovision calendar for years to come. If you couldn’t make it to Stockholm to join us, fear not! We have all you need to know right here.

We were lucky to host some amazing talent at the Hard Rock Cafe in Stockholm. The line-up was absolutely incredible. Eurovision 2016 finalists Amir from France, Sergey Lazarev from Russia, Iveta Mukuchyan from Armenia and Gabriela Guncikova from the Czech Republic nailed their performances – highlights including Gabriela’s take on AC/DC, Iveta’s jazzy remix of her song “LoveWave” and Amir’s cover of “Golden Boy”, originally made known by Nadav Guedj from Israel in 2015.

Some of our friends that were a little less fortunate and didn’t make it to the grand final at this years contest also joined us. These performers still gave it their all – not letting a bit of bad news get them down. Lidia Isac from Moldova, Serhat from San Marino, Deen from Bosnia and Herzegovina and crowd favourite Greta Salóme from Iceland took to the stage for some marvellous performances. Lidia’s acoustic version of “Falling Stars” entirely sung in French blew the roof off the venue and Greta’s army of loyal Icelandic fans cheered her on through her reprise of “Hear Them Calling”.

The #wiwijam also saw some of our favourite entries from the past years come back and delight fans with some amazing Eurovision memories. Maja Keuc from Slovenia, Alex Panayi from Cyprus, Krista Siegfrids from Finland and Suzy from Portugal collectively rocked the Hard Rock Cafe in Stockholm, nailing some fan favourites.

And of course, when in Sweden you have to invite some favourites from the Nordic national finals to come along as well. The Hungry Hearts ft. Lisa Dillon from Norway and Melodifestivalen 2016 artists ISA, Lisa Ajax and surprise guest Robin Bengtsson served up some amazing memories of one of our favourite national finals. 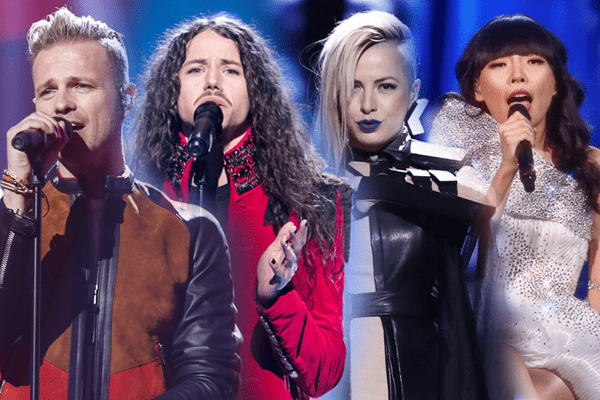 Semi-Final 2 poll results: Ireland, Poland and Bulgaria among our readers’ favourites to win 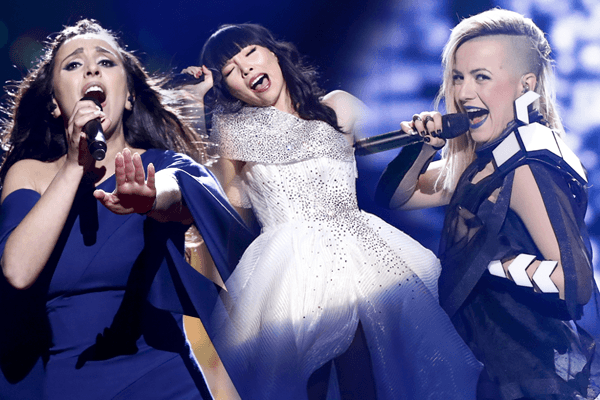 Sergey`s performance is very exciting and spectacular. Sergey really loves stage and audience. He is my favourite in Eurovision. My mother also crosses fingers for him and scares about his health when Sergey climbed to this platform.

So … an article where the main photo is alongside the hot favourite Sergey … and in the meantime Amir is recorded performing the one rubbish that made everybody go crazy last year … avoiding performing the actual song he is bringing to the contest? Why? Is it because now it’s official to state “Amir’s song is no longer good because the staging is awful”?
Two years of booing now all thrown out of the window … how easily people forget …

And Barei didnt perform? I thought she was invited…

eurovision is so boring.

eurovision is so boring

yeah, Take it Off performance was so fierce

Common, Josh, I figured out you don’t like Sergey by now (notice how he is not mentioned in the highlights section in this article). But any reason why you did not post ‘Take it Off’ that Sergey performed? It was one of the most anticipated entry for the whole event. Unless… there is another article coming shortly fully dedicated to that (I can live with it then)

Congrats on a successful event!

…whatever the size of the stage may be…

Thank you for sharing these moments! Btw, Greta slays whatever the size of the stage may! She will be missed on Saturday! Her song is just so good!This is really unfair,but who said life was fair?

Sergey’s performance was the best.

@coxno Unfortunately Nina Kraljic from Croatia and Barei from Spain had to withdraw from the event .