She joins an illustrious group. Dima’s past co-stars include an Olympic figure skater, a human-piano hybrid and Russian supermodel Natalia Vodianova. The unlikely coupling takes place in the official video for the Eurovision 2008 winner’s latest single “Inseparable”. Filmed in Los Angeles, Dima is a photographer and Emily is his muse. The pair ooze sartorial glamour as they lounge about a massive mansion and cavort in its luscious grounds. Overtime they grow apart, and eventually Dima is only left with his pictures and memories. Despite the storytelling, the project feels more like a summer campaign for a high-end fashion brand rather than a music video. It doesn’t help that the whole thing appears to have been shot through an array of Instagram filters.

The song itself is typical Dima. Typical in the sense that we’ve heard it countless times before. For a non-Russian speaker, oblivious to the subtleties of the language, its virtually indistinguishable from vast chunks of his back catalogue — a languid mid-tempo ballad sung well. The “Believe” hitmaker is much more exciting when he ventures away from this pop balladry template, as we experienced with his Alien 24 side-project.

What do you think of Dima’s latest single? Let us know in the comments below.

Nicky Byrne: Not even U2 could win Eurovision for Ireland 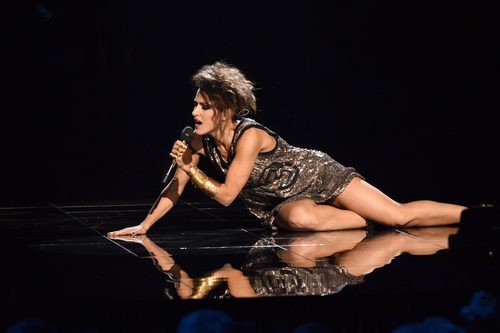 Editorial: Why Spain’s RTVE must overhaul its approach to Eurovision

Dima is the best. The only one winner of ESC for Russia.

Slovenia was my favorite too last year 🙂

@Mario = Legend
Me too, I would also boycott

Who is she. I see her for the first time. The song is typical russian pop, nothing special.

The new song is perfect! Yes it’s so “Dima” but that why he is lovable and recognizable ..because his songs are full of love and pain..I found the video very good just not at his other videos’ levels…

Thank you to all. Shame as they had the best song last year for me. The rules that are new are very bad however. I do not blame them as I would do the same. 🙁

In my opinion Dima`s new song is catchy and very good. I really like Dima Bilan. I have got few Dima`s CDs. Protiv pravil is my favourite album. The latest Dima`s song were good but not amazing. This song is better. I hope Dima would sing only amazing songs:) He has incredible vocal:)

They say that they don’t like the changes to the contest rules by the EBU. You can see it here: https://en.wikipedia.org/wiki/Junior_Eurovision_Song_Contest_2016
I expected them to take part again because last year they did very well but I guess I was wrong.

dima is looking good these days.

not bad. sometimes Dima can surprise with his song. like here in blind auditions for Russian Voice. you think you know him, but jury haven’t recognized his voice 🙂

Why has Slovenia withdrawn from the junior ESC?

I heard that Georgia confirm JESC participation. No surprise, while they are one of the 6 only countries(Georgia, Armenia, Russia, Ukraine, Belarus and The Netherlands) taking JESC super serious whatsoever.

I wonder why Dima’s experimental indie-pop band Alien-24 did not manage to get popularity. They are awesome. https://www.youtube.com/watch?v=LDzn3Z5dMNU

@Maru fr Of course they don’t

A lot of people in Russia confused Dima and Sergey earlier!!! (their appearance and their voices) They look similar???

Emily Ratajkowski is a beautiful Jewish model / actress she is perfect !