On May 11, wiwibloggs hosted our very own Eurovision party — The Wiwi Jam — at the Hard Rock Café in Stockholm. Eurovision stars of yesterday and today arrived in style, walking our red carpet before taking to the iconic stage —  which has hosted acts including The Jackson Five and Alice Cooper. The music flowed and the drinks slipped down easy. We could really feel the love!

Czech bombshell Gabriela Gunciková arrived in style wearing a form-fitting black dress with an elegant blue coat. She needn’t worry about getting the chills, because she was bringing the heat both musically and visually.

She raised the roof with her brilliant performance of “I Stand” and then closed her show with a performance of “Highway to Hell,” which would have made AC/DC reconsider all their choices in life. But it was her down-to-earth manner that really grabbed our hearts and makes us love her from here to eternity.

Wiwiblogger Denise refused to let Gabriela enter Hard Rock Café without a short interview on the red carpet. Always giving and always kind, Gabriela was more than ready to share her love.

Gabriela has toured with Trans Siberian Orchestra and loves to rock and roll — so why did she bring a dreamy ballad to ESC?

“Originally I’m a rock singer, even though I love music in general and sing anything that has a great melody,” she says. “But I like surprising and giving people something else than a pop song or a movie soundtrack, so I thought it would be quite interesting.”

The night before the Wiwi Jam Gabriela became the very first contestant from the Czech Republic to advance to the finals. How does she feel about that?

“It’s an honor. It’s a pleasure and excitement. We are so happy because we’ve never been in the Grand final before. It’s a big thing for my country and they’re more interested in the contest now. That was one of our goals coming here, so it’s even better now.”

The country has been a part of Eurovision on and off since 2007, but has never made a lasting impression — until now.

With Gabriela qualifying, will the country return in 2017?

“Yeah, totally! Of course. Just being a part of it is amazing, it’s an amazing experience and I just want to thank everyone who made this happen and who voted for us.”

“We really appreciate it and we’re so happy that you liked it. It’s an honor for us, really.”

Gabriela had to settle for 25th place in the grand final, but managed to show Europe that she and the Czech Republic are a force to be reckoned with.

She’s here, and she’s not going anywhere! Rock on, bishes! All aboard: Armenia’s Sirusho calls for love in “Mi Togh Indz Menak” 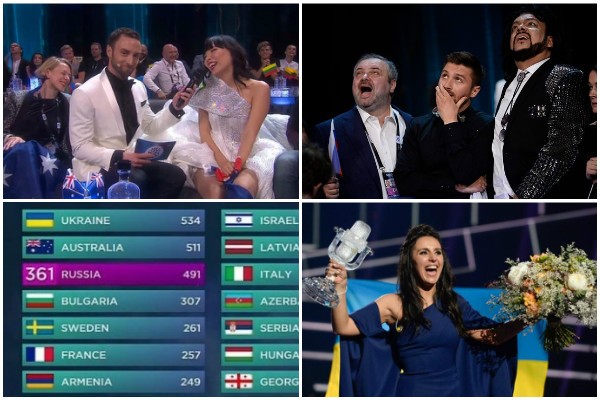 Alternative Eurovision results: The 2016 contest with the 2003 rules

She was the best female vocalist of this year.
Shame that they didn’t send her with a rock song, instead a ballad.
She did greatly, of course, it was one of my favorites. But I really wanted her to sing rock :/
Great performance at wiwijam too c:

agreed.. she should try again next year. this year’s rock was so lame 🙂

Such a shame her entry was such a dull ballad! When she can do great rock like this! Obviously her entry didn’t show her justive