Serebro first came to our attention with “Song #1” at Eurovision 2007 in Helsinki. The trio of Marina Lizorkina, Elena Temnikova and Olga Seryabkina took Russia to the winners’ podium, finishing a close third behind Serbia and Ukraine. Nine years and four line-ups later, Olga is the only original band member still standing.

And the Serebros continue to fall like Sugababes. Dasha Shashina is the latest woman to leave the group, officially retiring in March. But contrary to popular belief, not all girl band departures result from cat fights and acrimony. Dasha’s reason for quitting was purely down to her health — she was diagnosed with congenital dysplasia of the knee and faces up to two operations.

In tribute to Shashina, the band repackaged their 2008 hit “Dishi” as “Farewell, Dasha”. It’s a poignant ballad, acting as a celebration of Dasha’s three years with the group. The accompanying music video is a montage of her best bits from previous videos and concert footage.

Before leaving, Dasha joined her band mates in the official video for “Otpusti Menya” or “Let Me Go”, which dropped in February. It’s decidedly darker compared to some of their previous releases. A slow start gives way to a full on club banger. But the vibe is more hedonistic than euphoric. The ladies are trying to escape an unhappy relationship. As a non-Russian speaker, the meaning of the lyrics is lost. But the video makes things pretty clear, even if it is somewhat bizarre. In between scenes of severed Barbie heads, goldfish in a bath and some very sexualised opening and closing of a book, we see the trio try to connect with a tatted, muscle-bound hunk. Their efforts are in vain, resulting in them ending up naked in the wardrobe. The turmoil continues as they try to shake the demons off by clubbing. The clip ends with one Serebro pointing a gun to the man’s head. We never see if she pulls the trigger.

Dasha is out. Katya Kischuk is in. And the music must go on. Member #7 joins original Olga and Polina Favorskaya on “Chocolate” the latest cut from the third Serebro album Sila tryokh — which is released today. And just like its namesake, the single is absolutely delicious. They’ve used the finest ingredients to come up with a sophisticated yet breezy pop song which literally screams summer — “my love for you tastes like summer”. The laid back sound is distinctly ’90s, and bears a strong Ace Of Base feel — only classier. The track marks an interesting change in direction for the brand. Because while they’ve always been capable of producing top notch summery fare, it’s never sounded this stylish.

The Serebro machine continues apace, but what of the past members? Despite some initial success, Marina Lizorkina appears to have gone quite. In contrast, Elena Temnikova has churned out hit after hit since parting ways with the band in 2014.

In February, she released the official music video for “Revnost” or “Jealousy”. It’s an absolute belter of a ballad, fuelled by rage, passion and sorrow. The clip depicts a series of women in varying states of despair. One contemplates taking pills, one cuts up clothes, another burns possessions, while others smash up cars and TVs. Elena walks a lonely abandoned road, yet at the same time she inhabits every single woman. She’s feeling their pain just as much as her own.

In contrast, her latest single “Impul’sy” or “Pulses” is much more upbeat. The synth-laden track is club ready, yet Elena’s vocals still possess a trace of melancholy. Somewhat ironically, the song has a similar throwback feel to Serebro’s “Chocolate”.

Are you a fan of Serebro? What do you think of all the line-up changes? And what about the music? Let us know in the comments below. She didn’t Start A Fire: Charlotte Perrelli and Brolle have nothing left to burn 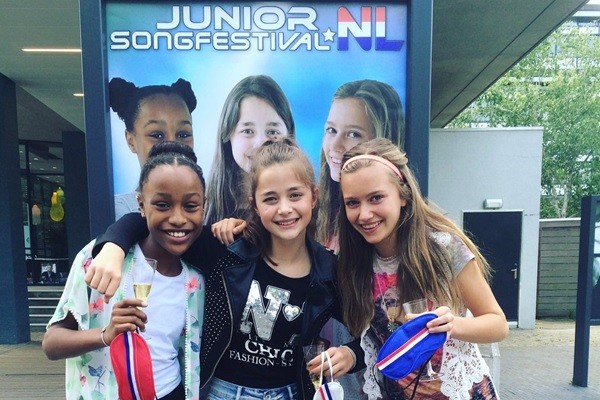 Junior Eurovision 2016: Kymora, Stefania and Sterre will represent the Netherlands

Why exactly did all the members aside from Dasha leave the group I.e Elena?

In my opinion boysbands and girlsband often change singers. It`s typical for this groups.

Thanks for pointing that out Paul. The post has been updated 😉

About the consistent change of line-ups while staying strong for many years, I think this is a common trend or a standard among the Russian/Ukrainian girl groups. Take a look at Via Gra and Blestyaschie for example. All of them have done this for the past few years and they’ve managed to have a 5th member, 10th or more in total. And like what was mentioned above, they were managed well without any catfights before some of them departed from the group. But out of all the members in a girl group, there are still those girls who stand out… Read more »