Australia has confirmed their participation at Eurovision 2017 in Kyiv, but their act is still to be decided. However, The X Factor Australia 2016 winner Isaiah Firebrace has made it clear that he wants to take up the gig.

Fresh from his X Factor win, the 17-year-old told News Corp Australia that he was inspired by Australian singer Jessica Mauboy at Eurovision 2014.

Isaiah was introduced to Australian audiences on the recent series of The X Factor where he was mentored by Adam Lambert. Isaiah expressed a wholesome and soulful voice, and his performances captivated both judges and viewers each week. The teenage singer proved to have a mature voice and could deliver performances with depth and emotion.

Isaiah also proved that he could handle contemporary pop. His debut single “It’s Gotta Be You” shows off his R&B singing style, with the emotion of the song shining through.

“It’s Gotta Be You” debuted at No.1 on the Australian iTunes chart. Isaiah is currently recording his debut album which will be released on December 9.

But would Isaiah be a good choice for SBS to represent Australia in Kyiv? He’d certainly be enthusiastic.

In the interview Isaiah revealed has was a proud supporter of Australia’s Eurovision efforts. He said: “When Jess (Mauboy) performed, I thought ‘Oh my God, Australia can do it, we’re allowed to be there now. And then seeing what Guy and Dami did was incredible. It would definitely be something I would love to do, that would be the dream. And what if I won?”

Isaiah also sees Jess as a big role model, as a fellow indigenous Australian who is succeeding in her music career.

Jessica performed with Isaiah at the grand final of The X Factor, singing a cover of Avicii’s “Wake Me Up”.

Isaiah explained: “I’ve always looked up to her, she’s come so far and I was inspired by someone who is indigenous doing such great things.”

What do you think about Isaiah Firebrace representing Australia at Eurovision? Who would you prefer to represent Australia? Let us know in the comment section down below! 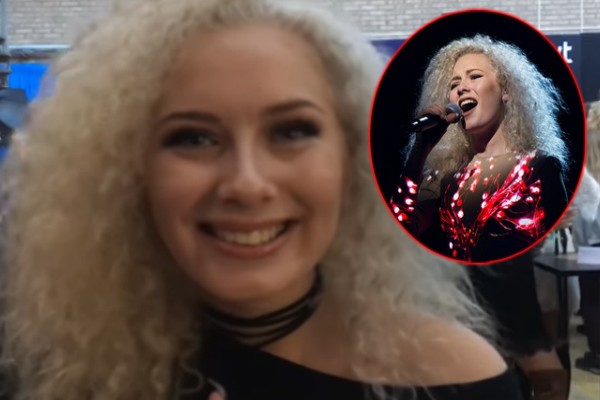 Wiktoria: My Melodifestivalen 2017 song has the same feeling as “Save Me”

God! He wins the worst edition ever of X Factor and immediantly thinks he’s good enough to take on Eurovision? Honestly, this kid would be chewed up and spat out by this competition, he has a monotone voice it has no highs it’s only lows, he would perform a slow dreary song and possibly become the act known for forgetting their own song at Eurovision!! I think he is hungry for the attention and his five seconds if he thinks he’ll reach the recognition of Jessica, Dami or Guy he has another thing coming, bring on Samantha Jade, Dan Sultan,… Read more »

If he shaves/cut that his horrible hair, that makes him look a monkey, for me it’s okay. He seems talented, but with that AWFUL haircut..

Please no. This guy hasn’t had the time to grow and expand as an artist. Jess Mauboy and Guy Sebastian were well known artists and Dami Im had a few albums already under her belt. This guy is too green for this.

Isaiah got a good voice too..but maybe Eurovision after he has been in the industry for a couple of years. I think his voice is great but still can grow more with experience. Like you could tell with the duet with Jessica Mauboy, that because Jessica got more experience the stage presence was different and the way his voice carried over the microphone. I don’t know why maybe it’s the hair lol but I thought of Micha? Szpak – Color Of Your Life…I think it would be interesting to hear Isaiah sing that lol…I don’t know if his voice could… Read more »

I have a feeling its gonna be the veronicas… Not that I mind them but I hope they choose someone who could at least make the top 5 or even top 3 an artist/group who is really competitive and stands out. I can see veronicas doing well maybe top 10 but it tends to be the solo artists that win with a really powerful song. I think they would stand out entertainment, costume wise…not sure on the competitive edge with the voices though. Their voices are good but hmm just hope they prove me wrong if they are chosen! I… Read more »

This year’s rendition of X Factor was perhaps the weakest we’ve had. I’m not going to outright dismiss Isaiah as of yet, as we know that he can at least sing live (unlike The Veronicas IMO), but there’s a lot of risk in choosing someone less experienced in the industry. If we had to go with this year’s X Factor, then my first preference would be someone like Chynna… I think she has more of the gravitas that’s required for ESC. If we had to go for someone who’s competed in singing competitions in general, I’d like to see Matt… Read more »

Never heard of him. Got to check out YouTube before I pass judgment. Until then, I’d bet on Jessica Mauboy or the Veronicas.

Nah. Two years in a row that the role would go to an X Factor contestant. Maybe he can sing, but they need to break out of that mindset and find a professional. Guy Sebastian won Australian Idol, Dami was on X Factor – this is how Australians see the contest. I know Guy’s had a long career, but I’d like to see somebody who made it big totally independent of reality TV.

Hm, his voice is nothing special… even slightly off key most of the time. Surely Australia has better talents to choose from.

His ugly face is similar to Rybak’s. I don’t like it.

The ‘Let It Be’ cover was very good, the other two songs very meh. SBS (as its charter requires) will probably again be looking for a singer from a minority background, so he has that on his side. And at least he isn’t The Veronicas. But I’d like us to consider sending someone with a bit more oomph, and jussst maybe something a little less pop than the wiwibloggs crowd tends to go for 😉

Or Kylie, because obvs.

I only caught the last few episodes of X Factor this year, but I was immediately impressed with Isaiah’s voice. Having said that, I would be concerned about his lack of experience. He’s very talented and definitely one to watch out for in the future though.

I would love it if he was chosen, his voice is beautiful.

Tell me why he couldn’t participate for Australia ? Because he’s a aborigene ?! It will be a wonderful symbolic thing to let him wave the flag for Australia =) We don’t care if he’s new in the australian musical industry and if he doesn’t have a career or experiences as Guy or Dami !

Nah. I was expecting a well known person, like The Veronicas or Sia. :/

Funny to see how seriously you take the Eurovision Song Contest in Australia. In Europe represent mostly starting singers. And there´s a lot of geopolitical voting in it. But good luck.

Nope. This is not allowed.
We have sent two artists with so much more experience and got fantastic results. I do not think we are going to risk it by sending whoever this is (did not watch X-Factor this year, my bad).

I am an Australian and I have never heard of this guy. Can’t we send someone good for a change?

i don’t think he’s a good match, the only reason he won the comp this year is because of ethnical reasonings if i’d be completely honest – none of the x factor finalists had the most amazing voice this year. i’d rather the veronicas or someone more, eurovision friendly to represent us.