A Dal 2017, the national selection for Hungary at the Eurovision Song Contest, continues this Saturday in Budapest with its second heat — with ten very ambitious acts. Earlier this week we launched a flash poll on wiwibloggs to determine which six acts should qualify for the semi-finals. Hungary have faired consistently well since their return to the contest in 2011 – making the final every single year. Which of these acts has what it takes to take Hungary back to the final?

After counting 1,187 votes, we can now reveal that TOTOVA has come out on top with “Hosszú Idok”. She earned 302 votes (around 25% of the total). The thumping folk-pop ballad has received largely mixed reviews amongst Eurovision fans, comparing the traditional Hungarian elements to the traditional Crimean-Tatar elements of Jamala‘s winning song for Ukraine in 2016.

Joci Papái came second in the poll with his song “Origo”. Voters appeared to appreciate his unique take on Hungarian folk with a modern twist which even includes a rap verse. The song earned 210 votes — almost 100 less than first place TOTOVA.

Third place in the poll went to A Dal 2017 favourites Soulwave with their song “Kalandor”. The song which rides the popular wave of alternative folk rock, whilst racking up a huge number of YouTube views (almost 1.2 million to be precise), received 158 votes, or approximately 13% of all votes. 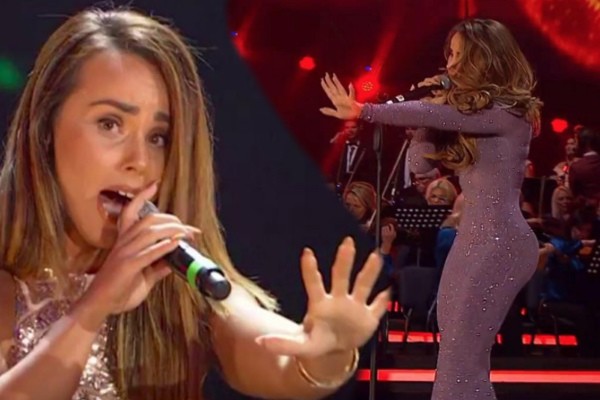 Poll results: Lindita is the Eurovision 2017 act you’re most excited about so far

Totova is great and Gabi is a fantastic live performer.She knows how to stage a song.It wouldnt be a flop for Hungary as some of you says.She would qualify easyly. Papai Joci and Origo is also great with the gypsy twist.Thats fantastic and I think that Hungary has 2 very good songs.Totova And Papai Joci are bringing the real hungarian ethno pop and with great taste. For me bouth are fantastic. And Joci can also sing live fantastic. For me the 3rd is Radics Gigi.Superb voice with almost good ballad.But should be top 5 in the national selection.This girl is… Read more »

I’m having Papai on repeat. Love him. But hey, guys, Hungary 2017 selection is amazing. Just wish like in football that the strongest leagues could represent more than one song? And some of automatic qualifiers had none…

Eniko is my favourite here. Great voice. Totova is getting far too much love. It should get through this heat but not much further. I think this is the weakest of the three heats in A Dal.

Is it just me or she has just a huge forehead? Anyway, very mediocre and overrated song that’s gonna flop if wins imo.

If Totova wins Hungary can prepare for a flop

Tonight’s A Dal heat is cancelled due to a tragic bus accident in Italy that involved Hungarian high school students.
It’s unknown at the moment when it will be aired.

Of course she should. She should win the whole selection.

@ Eurofanhu – that’s amazing news! But keep in mind that the teenage girls are going to vote for the all-male band, so your jurors have to sabotage Deák for Gabriella to win the final televote haha

Sorry but this is not Belarus – NAVI, this will not stand out, it gives me the feeling that it tries too hard to be ethno, but is written by somebody that lives in the city, I trust Hungary that always makes the best decisions, I like Kallay-Saunders and Benji.

From this heat I need ‘Origo’, ‘Kalandor’ and ‘Father’s Eyes’ to go throught!

@polegend godgarina For me Totova is the best for the win and being a big fan of her I can say that she is more established than the boyband Spoon 21. Actually Tóth Gabi in my opinion is one of the best female artists from Hungary. Her song is just mesmerizing, it’s represents the Hungarian music the best. The best of luck to her!

It’s gonna be a tragedy if an English-language song wins A Dal 2017 despite much of the line-up being mostly sung in the national language (but if the song is good and deserving then that’s a whole other discussion).

Totova shouldn’t just win this heat – she should win the entire selection process and end top 5 at the Eurovision! Her song is AMAZING! Whew, I can already see an amazing ethnic performance for that… Unfortunately, the televoters of Hungary will probably prefer Spoon 21 because they’re already well estabilished.

But that’s not happening 🙁