She’s the musical chameleon who won the Georgian edition of Your Face Sounds Familiar in 2013, before securing a second victory in Georgia’s biggest ever national final on 20 January. Now, Tamara Gachechiladze continues the slayage with the release of the official “Keep The Faith” music video.

The clip was presented earlier today during the C Studio program on Georgian Public Broadcaster GPB’s First Channel. In it we see Tamara cut a stunning figure, while also getting a chance to hear the recently revamped studio version of her song for Kyiv.

The melodramatic visuals of the the national final are gone. Instead, we have imagery that is much more stylish, more elegant, more relatable. This gives the track’s inspirational message more room to breathe.

And it’s an important message — No matter who you are, your race, your skin colour or your orientation. No matter how cruel and tough life can be, you’ve got to keep the faith. Believe in yourself and never give up.

And it’s not just the music video that’s new. For many, this will be the first time to hear Thomas G:son’s work. The Swedish producer came on board after the national final to sprinkle his magic on the track which Tamara co-wrote with Anri Jokhadze.

What do you think of the music video? Will adult Eurovision be joining Junior Eurovision in Tblisi? Share your thoughts in the comments section below or react using the wiwibloggs app. 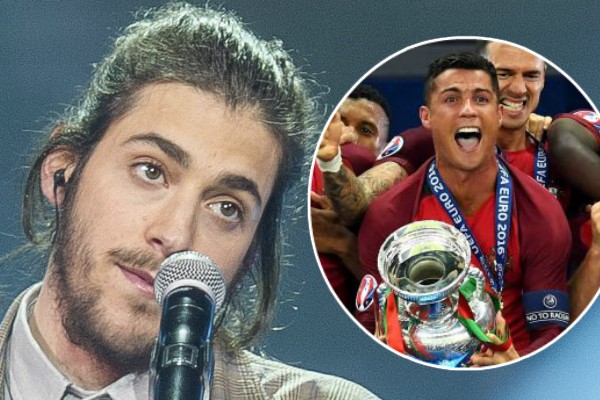 Wiwi Jury: Denmark’s Anja Nissen with “Where I Am”

Tamara Gachicheladze…please Keep the Faith and know that your performance was truly mesmerizing and inspirational. You have such talent and stage presence and everything else needed to deserve to be heard. It’s rather unfortunate so many people out there are too closed-minded and biased to open their hearts and ears to your magical voice. Some day, the people will hear you. I believe that day WILL come!

The chorus part sounds like an ’80s James Bond film theme song. Good but rather dated.

Georgia tends to send songs of extremes. Some years they send very unEurovision songs like Midnight Gold & Three Minutes to Earth (I loved both) while other years they send safe, boring crap like Warrior & Shine. Sadly Keep the Faith falls into the later category. The song lacks a strong hook & the lyrics/message are embarrassing. I don’t see this going to the final.

This was already a very good song and now it’s even better. What a great message. I really want to see Georgia in the final, but I can’t see it happening. 🙁

The revamp really elevated the song in my opinion. This was in my bottom 5 for three months – now I actually like it.

This is strong! A lot of people say that the problem is the song. However, to me this song sounds more modern than Conchita’s ‘Rise Like a Phoenix’. And the message is much more topical and appealing.
Of course, Tamara does not have a beard, so maybe that is why many people rate it low. But, Georgia, you are my number three (after Hungary and Italy). Go, Georgia!

Beautiful woman and amazing singer but her powerful voice is unfortunately wasted in this song; still a good entry though, she’s this year’s Kaliopi: a borderline qualifier.

Tamara is a strong woman She is LGBT friendly and She is the bird of peace.
Go Georgia ! Go Tamara !

Moved up from my 40th to 34th after hearing the revamp. With her live performance, this song might move up again.

I love Tamara and Keep the Faith. This is very powerful material and with the right modern staging it can rock. I do not see it winning, but the jury should love it, and Tamara definitely is a very moving performer. I wish this was a touch more modern and understated at times, but in any case I am a big fan.

Much improved, even so out of the final maybe (31-29), good luck Georgia of Portugal

Well, at least one of the way too many key changes has become less annoying! That key change after the big note is now more subtle with the music and choir going quiet for a little. Combine with her so far good live performances, this maybe moves up a few spaces for me to 25th-30th.

The music video is good it really elevates the song from my number 42 to………number 42. Cause I really don’t like the song to begin with.

A softened video doesn’t change the fact that the music of this song is “harmonically creepy.” I love the singer very much, but the problem with this entry is the song, in my opinion. Only fans of horror music should love this song. I’m really sorry. 🙁 Do feel free to disagree.

what a lazy, boring song
it makes me more sleepy than Ambien

This is going GREAT! Who knows? Tamara might even perform this as the interval act at Junior Eurovision this November, which of course is being hosted in – you guessed it – GEORGIA!! 😀

So underrated. Love the video as well. In my top 10.