She’s criss-crossed the content in recent weeks, clocking up thousands of airmiles in her bid to win Eurovision 2017 for la Belle France.

In the candid interview, the “Requiem” singer says the promo party circuit is priceless preparation for singing in Kyiv: “I’ve got to perform the song four times, in front of four different audiences, and that helps me get to grips with the revamp and the new English lyrics.”

She also revealed that the French delegation have approached this year’s promo tour as a way to win voters from all over Europe.

The entire strategy is being masterminded by Head of Delegation Edoardo Grassi, who took over after Lisa Angell placed 25th in 2015 and took France back into the Top 10 with Amir last year.

In addition to appearing at preview concerts in London, Tel Aviv, Amsterdam and Madrid, Alma has also been meeting ministers and singing in embassies.

“I think Eurovision is not a television program, it’s a real political campaign,” Grassi told RTL.

To help with the campaign, Grassi turned to France’s Ministry of Foreign Affairs.

“They’re very active. We’ve had meetings at many embassies.”

The tour is already starting to bear fruit. Since it started, Alma has gained 7,000 followers on Instagram and conducted over 100 interviews.

Grassi remains level-headed about Alma and France’s chances at Eurovision.

“There is still a lot of work to do, but all these small things with the press build up to a good image,” he says. And in Eurovision (and Eurovision’s Next Top Model), image is everything henny.

The French star also gave RTL some insights into the plan for her staging on May 13. She’ll be joined by three backing vocalists and her staging will be “refined”. She’ll also be adding some movements and dance to shake things up. Spice up your life girl! Wiwi Jury: Sweden’s Robin Bengtsson with “I Can’t Go On” 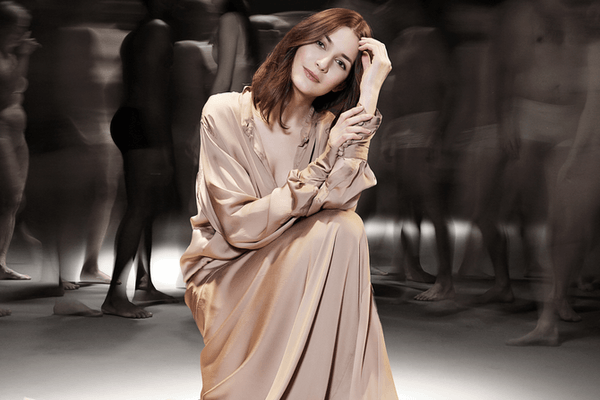 Very weird that she’d admit this.

I like the song very much, but I prefered all in french.

Except Alma’s song is a lot more modern and radio friendly, plus the staging for Spain and Edurne’s live performance were adequate but not what was required for the song and a good placing. Alma is basically doing what Amir did last year, which should bode well for her performance in the contest.

It sounds like she’s having 2 dancers, given the 3 backing singers. I just hope the dancing is better than at the promotional performances in France.

Art is always an act of seduction and there is nothing new here, except for perhaps Alma being explicit about it and even bringing the word as part of her image to sexualize her relationship with the fans. Well I have to say that France is doing this very well this year–I am feeling drawn into the timeless and romantic world created by Alma and Requiem.

Spain has been doing the embassy, preparty, covers, etc techniques since Edurne. And they got a 21st and 22nd final result. Portugal’17 is doing 0 promo and probabbly he will be top 10, at least. Conclussión? the only important factor is a good song, with a good singer and a good staging. The rest is just promo, but people wont vote just because you do a lot of promo. I mean, Manel’s this year? the more you hear him, the more you dislike the song and his vocal habilities. People mistake making promo like if when you do promo you… Read more »

@MTD no no no she will not let the victory for Italy, and nothing is already done, even if in italian’s mind they have already won, this girl is a warrior, she is able to eat the gorilla you know.

Alma should be the next model for Marianne, the symbol of France.
She deserves to win Eurovision, I really don’t see Italy winning.

They seem to have taken it seriously! It’s not necessaryfor a country to benefit from all these promo actions, but it depends on the song. If the song is good, all this helps.

France shows they’re in it to win it, sending a great act for the 2nd year in a row! I’m glad the new HoD figured out how it works and what it needs to have a good entry!

Alma, you have one of the best songs this year! I believe in you! Slay girl!!

Grassi knows how things roll in Eurovision-land and both he and the Italian HoD are getting the praise for what are they doing.

I think that this year, Italy may has it in its bag, but when Italy hosts it next year, we might see France winning. But, they need a better song that Alma’s, really.

Good luck next year France! 🙂 With Amir-like performer (AND SONG), you are good to go.

she will slay again in madrid tonight, go go go the most beautiful woman of esc!!

I think she looks better without/with a minimal amount of makeup 🙂 well, it makeup doesn’t take away the fact that she is so gorgeous and talented.

ALMA is the best!! a big future star, and a future winner we hope

I love Alma and her song..good luck from israel

@azaad Amir is israeli jew and was also in the IDF..his parent’s roots are from tunisia and France.

@Did075
OMG You made my day! Bloody awesome.

Sassy but seducing, yes 😀
Her song doesn’t ask for that hard work that Amir couldn’t make (I’m still fuming), and it benefits her. What will their team offer at stage, though?

Wiwi, you didn’t made investigation (about current leader rapid scores) but you’re still pushing link for Next Top Model? Eww.

French are doing a great job these past 2 years and I would love to see them win one day. Last year they had one of the best songs, which was a little bit underated by the audience based on the televoting, so hopefully this year they’ll be at least in the top 5.

The fact that Marine Le Pen will take advantage if France wins, makes me sick.

love their enthusiasm! they figured out a strategy and they executed it well. can’t wait to see how it will pay off in eurovision.

p/s: can this woman get any prettier? she surprises me with every new photo of her. so stunning.

France are going in for the kill! The charged atmosphere of the presidential election must have inspired this. On that note, wonder what Marine le Pen thinks about someone called Nazim Khaled being behind France’s recent success at Eurovision? Or the fact that Amir is a Sephardic Jew of Tunisian descent?

But I’m glad that France are taking Eurovision so seriously. I think changing the head of delegation and Amir’s success in the contest and after it commercially are the reasons we’ve seen such an improvement.

Ahh. “Operation Seduction.” That old trick. 🙂 It would probably only work for Alma this year to be honest. 😀
I would love a France victory – go Alma!