She was the bookies’ early favorite to win Krajowe Eliminacje — and possibly Eurovision — back in 2016, and went to clinch the wiwibloggs’ award for the best national final entry…even after crashing out.

And now the “Cool Me Down” starlet continues to serve her signature Caribbean heat with the release of “What You Do” — we needed a cool down after just the first listen!

The Polish stunner guides us through a beautiful yet deadly video game world, with nothing but a bedazzled gun, a bright Jeep and a bit of denim to spare.

Musically, the track is just what we’ve come to expect from Margaret – and that isn’t saying that it’s a letdown. Featuring Margaret’s standard, almost casual vocals, along with a heavily processed hook, the track’s slick production is clearly the product of many hours behind the scenes.

From the first listen, what’s most noticeably different between “What You Do” and “Cool Me Down”, is how Margaret has chosen to modernize. Instead of opting for another earworm chorus, she jumps straight from the pre-chorus’s build into an electronic instrumental break. That’s right — she’s latched on to the infamous pop drop.

Beneath its flashy production, “What You Do” carries an inspirational message: when you fall down, it’s always worthwhile to get back up. Sometimes a bumpy ride inevitably lies ahead, but Margaret reassures her listeners that all they need to do is “hang on and be proud.” Yes, queen!

In what could easily be her most visually impressive music video yet, Margaret brings the theme to life by weaving her way through a video game landscape. Full of speeding cars, lurking gunmen, and even realistic checkpoints, this is a gamer’s ultimate fantasy.

Beyond its visual appeal, though, the music video does a phenomenal job of making the song pop. When Margaret says “when you fail”, we see her getting attacked or leaping off a cliff. When she asks “What you do?”, the answer is obvious: reload the game and keep pushing on from the last checkpoint.

Keeping with video game theme, it would be wrong to review this music video without acknowledging its superb filming and locations. The camera angles chosen, the quick first-person pivoting, the overhead building shots – they all capture the vulnerability that “What You Do” is going for.

We’re pretty sure Margaret has done anything but cool down with “What You Do” — this is hot, hot, hot! But what do you think? Comment below, or use the wiwibloggs app to let us know! 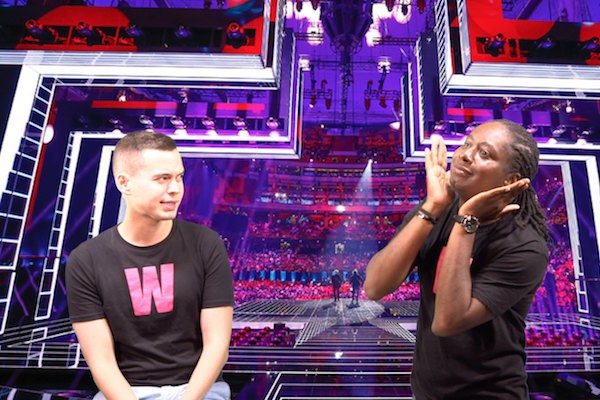 Kristian Kostov: My music will be 50% for the whole world, 50% for Russia

Just now played the video game. Its pretty awesome and i just loved it.

I wanna C-Bool to do Eurovision for Poland. My favourite his song is “Magic Symphony”. We don’t have many DJ+singer duets in Eurovision, it would stand out. OK, hopefully see you in Warsaw <3

If I didn’t know her, I would believe this song sth amazing being a huge hit in the USA! This girl is international! Well done! Like this song!

She already said that she won’t never try again.

Also she said in a recent Polish Interview when asked about Eurovision “Never say never. But at the moment I’m saying never.”

Saint Margaret is back with yet another bop. The girl keeps serving great songs.

This is how you screw up when posting a link

If she does Eurovision for Poland, see ya in Warsaw!

She will be have similar result like Poland 2014 and 2016. TOP 5 with televote and bottom 5 with juries.

I highly doubt it. If the song is lit she’ll be getting the points it deserves.

There’s plenty of countries that religiously struggle to get past the lower half of the right board at the final (or even qualify), but end up winning or in the Top5 once due to entering an amazing piece of music. Take Bulgaria for example.

Not with a song like this one. Cool Me Down is great, but this new single is kind of meh. The video is nice though. I don’t see the juries backing a song like “What You Do”.
For Poland, it’s a matter of time until their victory. They just need to send the right song to grab the juries. The televoting is never a problem for them.

I think we will see Poland, Hungary or Romania winning Eurovision soon.

CAN SHE SING, THOUGH? I can’t tell, because of the amount of autotune on this track, and I can’t listen to more of her work ’cause her voice is really unpleasant for my ears, (I know, that’s just my personal taste. Others may very well like it.) Well, in any case, there’s always background singers who could do this job from behind the ESC stage, I guess. It worked fine for numerous “artists” this year. The song itself is not my cup of tea and I don’t see anything special in it. But that’s true for so many songs that… Read more »