From fairytale paradise to nighttime seduction. Austria’s Eurovision 2016 singer ZOË is really shaking things up with her latest single “Dangerous Affair”, ditching her usual French routine for lyrics sung completely in English. But does the language swap pay-off?

“Dangerous Affair” sees the now 20 year-old ZOË head in a different, more adult direction than what we’re used to. On the track, written by the Grammy Award winner Sadaharu Yagi, she turns into a sexy femme fatale who knows what she wants.

The “Loin d’ici” hitmaker purrs seductively over lush strings, warning potential suitors “you can have it all, I’m dangerous beware”. And in an inversion of the usual pop tropes, it’s the man who’ll be doing all the chasing — “who’s the lucky man, catch me if you can”.

The sultry single is ZOË’s first English language release. Does this mean she’s done with French?

Speaking to Austrian media, the celebrated chanteuse clarifies matters, “I’m very young and I stand at the beginning of my career so I thought of going into different directions. But that the outcome would be a song in English surprised even me, but that’s how it goes… But I will never give up the French, it will always be a part of me”.

In the official music video — which was filmed on the streets of Vienna at the end of April — ZOË rocks a multitude of sultry dresses. Gone are the days of flowing pink frocks and even pinker backdrops. The pavement is her catwalk until she hits the club and finds romance for the night. As we said, the lady knows what she wants!

It might have taken a while for “Dangerous Affair” to arrive, but ZOË is most definitely not taking things easy. In fact, the young Viennese star is busy planning her upcoming album, which is set to drop in September.

The LP should satisfy fans old and new with a tracklist of both French and English songs. It’s not long since she released her debut-album Debut Deluxe, so it’s clear she’s keen to succeed.

What do you think of ZOË’s “Dangerous Affair”? Do you prefer her singing in French or English? Let us know in the comments below. 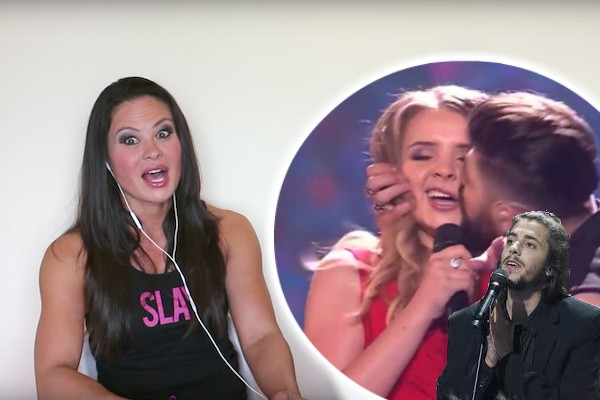 its great ,good to watch I guess

I’d love to see her once again on the eurovision stage resprenting Austria. The song is ok I guess, but I hate the autotuned part.

It’s a good video, but the song is far too repetitive to be listenable for me. Sorry.

Nice twist at the end.

Really enjoy how the middle of the video sets it up for an expected transition to the usual “light Eurotrashy dancing in the club”, but instead she moves into a sultry, predatory seduction, with no dancing at all.