Their first single “Grab The Moment” took Norway to the top 10 at the Eurovision Song Contest 2017.

So it’s only natural that JOWST and singer Aleksander Walmann have decided to keep their collaboration going with the release of their follow-up track “ThatFeeling”.

“We have been working hard to get it right,” JOWST — real name Joakim — tell us. “It wasn’t easy creating a song that sounded better then GTM, but now I think we have done just that.”

“The song is in general about the feeling you get when you achieve things that you’ve been working hard for. Something that we felt when we got to play in the ESC final.”

“We are very happy with our 12 million Spotify streams, and are very exited to see ‘ThatFeeling’ pass that number!”

Utilising synths and a fair bit of voice distortion, the song sounds utterly now as it snakes between electronic, pop and trap. The instrumentation — most especially a digital xylophone — also gives us a hint of tropical house.

The song conveys optimism and glee without feeling cheesy. Much of that balance comes from Aleksander’s likability. We frequently cringe when singers launch into chatty, spoken word sections. But he comes off as sincere as he drops it with those sweet-yet-smokey vocals.

“Turn my back to the world it was pitch black,” he says. “Keep telling myself it’s just another mismatch/ Roaming on in a desolate wasteland/ Always on the lookout, searching for my Graceland.”

In our mind the track rivals “Grab The Moment” in terms of both quality and content, suggesting they’re on to another hit. And that’s not an easy feat to follow.

“Grab The Moment” topped the iTunes charts in Norway the day after their Melodi Grand Prix victory. Following Eurovision, where the song placed a solid 10th, the track climbed to #6 on the Norwegian charts.

Writing on Instagram on Wednesday, he said: “Sitting, waiting, wishing. I’m so ready for the @nrkstjernekamp premiereshow this Saturday! We are live at 19:55.”

Are you loving JOWST and Aleksander’s latest collaboration as much as we are? Do you hope that they keep releasing music together? Let us know in the comments box below. 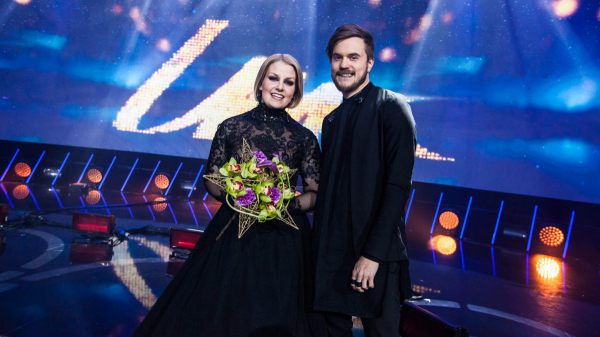 UMK 2018: Finland’s YLE launches search for its next Eurovision star

Really catchy song, very Years and Years kind of song. I love the optimism that both of them exude. Aleksander’s voice is amazing, too. Definitely something I’d listen to.

Great track – I have it on Deezer now:) Keep it up with great work guys!:)

Norway was also one of my favourites this year. Love those guys!

Also my personal winner of 2017. Most underrated song in decades. JOWST is a musical genius, and Alexander is a star. His voice is out of this World. Guys, can we be friends? ?

GREAT SONG! I think they work really well together. The production + his voice is just awesome.

In my personal opinion i believe they were the best of 2017, just cuz im at work but i cant wait to listen the new single

Ok, but when will they film a new music video for “Grab the Moment”?