Eurovision Asia is officially underway. With up to 20 countries from all over Asia and the Pacific potentially competing, the 2018 competition promises to bring a plethora of spice, flavour and South Asian slayage!

India, which has declared an early interest in participating in the pan-Asian contest, is known for its rich culture and vibrant musical tradition — much of it fuelled by ethnic sounds and Bhangra beats. With its 1.3 billion people, it boasts a vast spectrum of musicians and an endless array of established and potential stars.

With that in mind, we have distilled our very long list of favourites to this shortlist of 5 artists who we would love to see rocking that Asian stage. Hold on to your pearls — and get ready for some Hindi-pop realness!

Serving that sultry Kolkata style is renowned actress and playback artist Monali Thakur. The 31-year-old is a household name in the film industry: Her voice is pre-recorded and sung as playback by the nation’s many stars. She’s recorded hit after hit for movie soundtracks and has the accolades to prove it, having won countless awards for her songs and having racked up hundreds of millions of YouTube views.

Thakur embodies everything that is Hindi-pop: groovy beats, an uptempo style, strong live vocals, and, most importantly, identifiably Indian instrumentation. Her style lends itself extremely well to colourful and wild staging and exceptional choreoraphy – as we’d expect from India. Although Thakur isn’t present in the video below, her presence can be felt — and heard.

Priyanka Chopra is an icon. With an appearance on Jimmy Kimmel, fashion spreads in Vogue, roles in major films such as Baywatch and the title of Miss World 2000 under her belt, she would enter Eurovision Asia with all guns blazing. The stunning actress, model and musical artist is a fiery ball of fierce who would explode on stage. She’s so hot that even Pitbull and will.i.am have featured in some of her singles. “Exotic”, below, has clocked nearly 123 million views. And she’s pushed millions of singles globally. Chopra colours mainstream pop music with an exotic party sound – what’s not to love?

Yo Yo Honey Singh

Hailed as the ‘Indian King of Rap’, Yo Yo Honey Singh brings a different flavour to the other performers on the list. The R&B artist sings and raps in his native Punjabi rather than English, staying true to his raw Indian roots. He saw huge success in 2011 with a series of singles topping the Asian Singles Charts and the BBC Asian Charts too. Much like Monali Thakur, Mr Singh — may I call you Yo Yo? — has gained popularity from his presence in Bollywood and his musical influences in soundtracks and films. His style of music would certainly be welcome in the contest!

Ethnic Indian pop finely balanced with western-style dance — we think we’ve reached nirvana! Kapoor’s instantly identifiable and strongly ethnic vocals blend well with the instrumentation in her songs. Together they create feel-good vibes that would translate seamlessly onto the global stage. Watching her music videos, her natural charisma explodes and she manages to stand out with her playful, sassy moves — even in a mob scene of people dropping playful, sassy moves! Her dance songs play an important role in India’s massive movie industry. One listen and you’ll see why. With attitude, beauty, voice, body and talent — Kanika must mean queen.

Completing the list are the fresh and current duo, Meet Bros. They started out as actors in Bollywood, but the duo slowly made in-roads in the world of R&B and musical production, a world which they are currently slaying. Now household names, these producers and artists could wow Eurovision Asia with their creativity, humour and pop R&B style. After winning numerous awards in India, and showing great signs of success, there’s nothing stopping them from owning the stage, wherever it may be in 2018. We are sold!

What do you think of our choices? What artists do you think India should consider sending? Let us know in the comment section below. 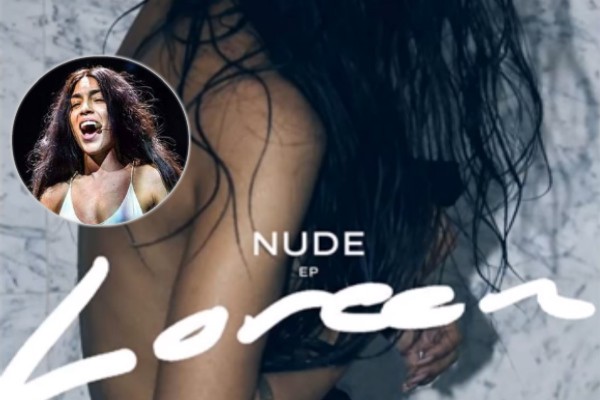 This is off topic but if Sri Lanka joins in then I hope they will ask M.I.A 😀

Shona
Reply to  Charli Cheer Up

That definitely is not a good idea and that won’t happen. potential political drama. Anyway I don’t see Sri Lanka paying much attention to this contests. Just for participation perhaps.

Lilly Singh should rap for the contest

If we talking about rap Raftaar would also be super cool in my opinion! 🙂

Y’all really should check out Avanie Joshie too. She mostly does covers of songs I think but she’s got a beautiful voice! Arijit Singh is definitely my fave Indian singer though. Also I really like Atif Aslam and Ammy Virk. Priyanka is super successful and I’m happy for her success but I’m really not a fan. 🙂

You Indian? I thought you were a Swede?

You know quite well about Our Music though….I’m impressed

Also I don’t know about the singer. But I’d love if they brought a choreography as in Bezubaan phir se plus some sassy Indian dance moves.

That’s not kanika kapoor in the music video. It’s Jacqueline Fernandez whose an actress. Kanika is the singer though

With India on stage in Asiavision, they should reconsider the rule of maximum number of participants performing. Tolly- Kolly- & Bollywoodsongs are so cool with the masses dancing 😉

Shraddha Kapoor perhaps. She sang the theme song from one of her recent films, Rock On 2, and she has quite the lovely voice. There’s not a lot of actors who can actually sing so this is certainly a plus coming from her.

Yeah…she does have a good voice.
Her voice suited perfectly to “Galliyan’

I’m Indian, so I can personally say that Arijit Singh would be the best for Eurovision Asia. Fans would like it!

Isn’t he the guy who sang “Yeh Fitoor Mera”? That was quite a beautiful song.

Yup….and he has had many other hits in India.

Arijit Singh is definitely my number 1 also! That guy knows how to sing!

Also, I feel like Eurofans would really love the kind of music he puts out. I don’t think Honey Singh, for example, would do well at Eurovision Asia at all, to be honest.

I better find a good excuse for Daler Mehndi not being on here.

He hasn’t had any recent hits

A few other names to pray for

Priyanka is too much diva for me.

She is too successful to consider the contest

I’m now obsessed with Priyanka Chopra. Her videos are so hot!

Well she is a former Miss World !! You should be ready for the heat Willie!!

I saw her in Baywatch. Interesting Bond-esque villain.