He’s the man in charge of Melodifestivalen — easily the most successful national selection contest out there — and under his leadership Sweden has managed to grab the ESC trophy twice and score a number of top rankings.

But in a new interview with Swedish newspaper Expressen, Melfest guru Christer Björkman makes it clear that he is sticking to his earlier decision to stop as producer and boss at Melodifestivalen within the next four years.

“I long for the day that I can see the competition on TV and get upset and appalled like everybody else. I have an end date and that’s 2021 because then I would have done this for 20 years.”

In February 2017, during an interview on the podcast “Schlager-Micke och hans vänner“, Björkman announced that he had put an end date on his Melfest career — and that that end date was 2021.

And now he reiterates that decision in the Expressen interview.

Luckily for us, Christer will not retire from Melodifestivalen and the Eurovision stage without giving us a peep backstage first.

On 22 September the 59-year-old Swede releases his autobiography entitled “Generalen – Bara jag vet hvem som vinnar” or in English “The General – Only I Know Who Wins”. The book is allegedly packed with Christer Björkman’s own Melfest memories and anecdotes from behind the scenes at Eurovision and Melodifestivalen.

On September 22 #Melodifestivalen maestro Christer Björkman will release his 300-page autobiography “Generalen – Bara jag vet hvem som vinnar” (“The General – Only I Know Who Wins”). It's reportedly full of juicy details from behind-the-scenes of #eurovision and #melfest ? ? #eurovisionsongcontest

Besides establishing his retirement from Melodifestivalen, Christer also revealed in the Expressen interview that he doesn’t have a favourite Eurovision song per se — it’s all about his mood on the day! BUT there is one song that is very close to his heart — and that is, not surprising, Loreen and “Euphoria”.

“The reason is that I was so incredibly involved with Loreen. That song is closest to me, that’s a complete given.”

The Melfest boss also mentions that winning the 1992 Melodifestivalen is one of the two best memories in his life – the other one being his marriage to his husband Martin.

“It was the beginning of my Melodifestivalen career. It gave me a new profession. I won in 1992 and for the next 10 years I worked as an artist and as a writer where I wrote a lot about Eurovision. SVT called in the autumn of 2001 and asked me if I would like to be responsible for the artists,” he says.

And the gig that began almost 20 years ago will thus come to an end in 2021 at the latest. There can be no doubt that when Christer Björkman pulls the plug and retires, his successor will have big shoes to fill. But don’t worry: Sweden’s rich Eurovision and Melfest traditions will continue. Speaking to wiwibloggs, he previously said that his successor is already shadowing him and he will slowly turn the reigns over to her in the years ahead.

What do you think about Christer’s retirement? Do you anticipate that Sweden’s Melfest and Eurovision entries will take on a different character after he leaves? Do you want them to? Leave your comments down below! From worst to best: The definitive ranking of X Factor contestants at Eurovision (Part One) 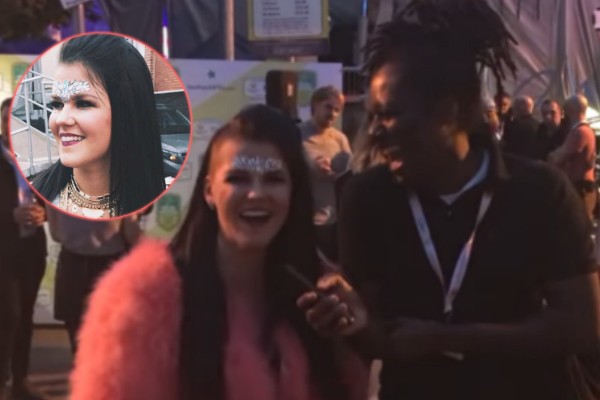 Saara Aalto at Manchester Pride: “I hope to include ‘No Fear’ in my international album”

Mellofest is a strong number 2 for me after ESC! All because of one man,Christer Mellofest is a part of today’s Swedish culture. He has made the contest accessible to folks of all walks of life. The marketing and merchandising alone is pure genius. It’a hard to find any souvenirs now at the Danish MGP. He has also perfected the concept of national selection. Many other countries has tried to copy the Swedish formula but can’t duplicate it. All I can say is ‘tusen takk’ to a true innovator. He may retire in 2021 but he won’t fade away!

Sweden is easy to both “love” and “hate” in ESC: Love: They take the contest so seriosuly. They show REAL enthusiasm, “passion”, and love for the event. Make a LOT out of their NFs For them it’s very impoertang and popuar culture. A good example for every nation “Hate”: They have a very generic view on things. The songs are mostly supposed to “be” simple popsongs. often formaliric and generic, not very original. With key-changes. Lots of glamour and cisual. And I suppose they have something to answer for when it comes to the “ESC=gay” stereotypes…Look at the bad Petra… Read more »

L'oiseau
Reply to  Music Is the Key

Not gonna lie, some of the changes he proposed to implement in Eurovision were great. He’s clearly good at this job as he made Sweden one of the most successful countries of the past decade with 5/6 past entries finishing in the top 5 including 2 victories.

always said from 2022 Christer will be the boss of ESC, there will be 4 semis, a second chance round and and 25 in the final.

Well… Change is always good, but I think many of us have to be thankful of the good things he has brought us over the years, like Loreen, for example. And personally, I am very happy that he and his team were so welcoming of the Sobral’s staging concept and have brought it to live. In a way, he made a very important contribution to Portugal’s victory, which should be acknowledged.

Will he comment on his embarrassing 22nd position at the 1992 contest held in Sweden? Or will he pretend that never happened? LOL I wonder how many guys had to sleep with him … to be part of the whole MF universe.

“Only I know who wins” seems an arrogant point I have to say.
It will be interesting to see what MF and ESC will look like after his retirement.

Needless to say, the title and cover is meant to be taken as irony. Or half-irony perhaps. The notion that Björkman decides who will win Melodifestivalen or Eurovision is absurd. Melodifestivalen often makes fun of the public image of Björkman being some kind of puppet master. The intro to 2009 is a fun example. It’s a short anthem about how Sweden needs to “save the music taste of Europe”. I’ll miss those jokes. And I’ll miss the drama surrounding him. The person taking over after Björkman is Karin Gunnarsson, who is a music editor on the public radiostation P3. (I… Read more »

Maybe it’s irony. But it’s not so easy for everyone to see 🙂 But I get your point

It will be an interesting read.He’ll be gunning for Ireland’s record before he steps down too I think.

I know Melfest is a huge success, but to compare yourself to Napoleon is a true diva move. Guess he’s more like the competitors than we thought….understandable, as he was a former one himself.

Well we all know what happened at waterloo…. Narcism before the fall

Given the ABBA connection that you’ve brought up, I’d say the Napoleon comparison is oddly apt.

I hope Christer’s autobiography will get an international release (translated into English) because I’m eager to read it!

I’ll be very sad to see him retire. It will be interesting to see how/if Melfest changes once he’s gone.

He is going to be missed, not going to lie! There is no Melodifestival without Mr Melodifestival himself. Whoever comes after will have huge boots to fill..
Good thing we have 4 more years!

I know this sounds extremely naive – but I had no idea he was gay!

Whatever happens in 2021 – I hope he stays on in some capacity. He’s made such a massive contribution to Eurovision – I adore him!

I hope not. After JOS, we need someone who can develop ESC as a MUSIC festival. NOT as a glamourshow

Please not, he (and Ola) ruined enough already commercialuzing eurovision in a bad way.

That is unlikely. Björkman has said on several occasions he would hate to have that job.

But if the EBU wants to focus on the music credibility and ooze class …. then bye bye viewers … hello oblivion a la 90s.

It’s one way or another …

It can be both, a good song with glamorous (not kitsch) staging. Why a good song must have boring staging???

Indeed a bit to high on himself, yeah

I’m really looking forward to 2021 then.