Back in 2016, we saw Sanja Vucic say goodbye to a toxic relationship in “Goodbye (Shelter)”, her ode to empowerment and the freedom of the spirit.

And this weekend in Portugal, Sanja stepped on stage in Eurovision Live Concert 2017 in Setúbal, and it didn’t take long for her to completely capture the audience by starting with her cover of Marija Serifovic’s “Molitva”.

Dressed in pink bootcut trousers and a psychedelic top to go with it, the Serbian firecracker didn’t even break a sweat, while making her own mark on the beautiful ballad that took Europe by storm a decade ago.

But Sanja didn’t stop at that. Oh no. She went straight on to covering not just one powerhouse diva anthem, but two. She then tackled the Armenian evergreen hit “Jan Jan”, originally performed by the sisters Inga & Anush in 2009.

Guurrrl! She did it without showing an alter ego on the screen behind her. Slam dunk, Sanja!

Sanja ended the powerful party set with her very own “Goodbye (Shelter)”, which was no less heartfelt than her performance in Stockholm.

And as keen readers noticed, she did a wiwi reference before beginning her song: “Lets do this!” And the audience was more than ready to do so.

Needless to say, Sanja was more than well received by both the audience and those watching from home. Fan Thomas Vogt wrote in the YouTube section for Sanja’s cover of “Jan Jan”, “I don’t think there’s any song that Sanja couldn’t slay – great performance! I just adore her.”

And so do we with all our hearts, because Sanja isn’t just a singer. She is a performer with a capital P, pouring her heart and soul into everything she does, and that delivers!

What are your thoughts about Sanja’s covers? Which performance is your all-time favourite? Should Sanja take on more well known Eurovision songs? Let us know in the comment section below.

SEE ALL OF OUR COVERAGE FROM THE EUROVISION LIVE CONCERT 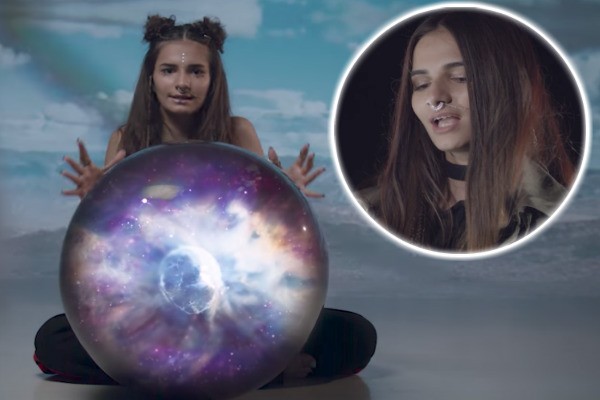 DISCUSS: Is Helena Meraai’s “Ya Samaya” one of Belarus’ best JESC entries ever? Building bridges: 13 Eurovision artists who have represented more than one country

I am proud of her, and the way she represents my country! She speaks 6 languages, and sings in a girl group called “Hurricane”. Sanja is one of the best young artists from Serbia!

Great performance! I just adore her!

Okay I give her so much props for covering Jan-Jan. Besides the fact that she sang for two people, it’s a pretty difficult song to sing. This also reminds me how much I wanna see Inga and Anush on eurovision serving some ethnic, royal art like in 2009.

I’m always happy to see ESC stars on stage. Also they should take the opportunity to show their new songs.
OFF TOPIC – I would like so much for Romania in Lisbon to be represented by Cristina Balan, winner of The Voice 2015.
https://www.youtube.com/watch?v=DSEBQB0hquo