Fans have long suspected that Bosnia and Herzegovina would not return to Eurovision 2018, but now the national broadcaster has confirmed the bad news. In a short statement on social media, BHRT confirmed that the Balkan nation would not be involved in Lisbon.

The broadcaster made a short but powerful statement where they confirmed that “BHRT will not participate in Eurovision 2018”.

BHRT will not participate in Eurovision 2018. #ESC2018 #BiH pic.twitter.com/GObp7RhCQR

BHRT had previously told fans that the final decision would be made by 15 September — the deadline for broadcasters to make their Eurovision 2018 participation submissions.

But the @bheurosong twitter account is still feeling the love. The account has been styled in the branding of Eurovision 2018, which suggests that even if Bosnia and Herzegovina won’t be participating in Lisbon, they’ll at least be there in spirit.

While the non-return is disappointing news to fans, it also comes as no surprise to many.

Last month Bosnia and Herzegovina’s 2016 singer Dalal posted a link to a wiwibloggs article about the likelihood of her country winning Eurovision. Dalal added the comment “Too bad we don’t have representatives in 2018”.

It is also known that broadcaster BHRT has been plagued by financial troubles that make Eurovision entry an extremely low priority. Bosnia and Herzegovina’s last entry — Dalal & Deen feat. Ana Rucner & Jala with “Ljubav je” in 2016 — was entirely privately funded, through sponsorship and contributions from the artists themselves.

Last year, the broadcaster confirmed that they would not be able to participate in Eurovision 2017 due to its financial situation, including a €5.5 million debt to the EBU. A spokesperson said it would be “highly irresponsible” to enter “such an expensive project as Eurovision” when it could not afford to participate.

Their best result was in 2006, when Hari Mata Hari placed third with the evocative Balkan ballad “Lejla”, written by 2004 runner-up Zeljko Joksimovic.

What do you think? Are you sad that Bosnia and Herzegovina won’t return this year? Share your thought below! 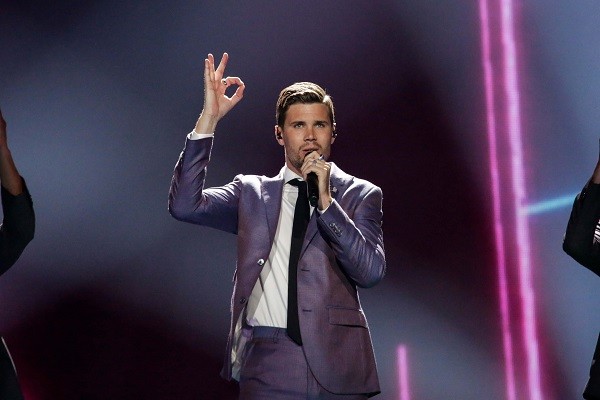 i’m just praying that kazakhstan or kosovo may debut this year. maybe even lebanon if israel withdraws.

Big loss for Eurovision. I still have goosebumps listening to Ostani Kraj Mene.

I hate when this happens! 🙁

I think that the number of entries once again will be 42, eventually. Russia returns, San Marino withdraws.

Slovakia, I believe, mentioned focus on original TV shows and wouldn’t have much to spend on a quality ESC act.

Israel may or may not be back next year. The EBU is talking with two TV stations about participation and becoming EBU members but nothing much is said. There’s still doing Rising Star selection so maybe???

Sad. Just sad. But I belive they will return someday for sure, but for Slovakia and Turkey – I don’t even know if they have any wish for participating – Slovakia is not such a poor country, and Turkey is so large they can afford it for sure… For small nations I’m really afraid – they have neither the wish(most of them) nethier the money… I think San Marino will withdraw this. And does anybody know what’s happening with Israel?!

Sorry for Bosnia and Herzegovina. This is sad.
I wonder what is the record?
43 participants in Germany 2011 ?????
Hope San Marino will hold on.

I wonder if central countries (Serbia and Germany) are more accessible. Could this be a pattern?

xo kisses and hugs – Well Austria is probably the most central of all European countries, but they only had 40.

Bosnia had a successful presence in Eurovision! They’ve always qualified since the semis were introduced (except 2016), they’ve sent some very good entries (for me 2006, 2007, 2009, 2012)
It’s sad some countries are not able to participate due to financial issues! But I’m hopeful some day we’ll see B&H again!

And no one is surprised! I stopped hoping a long time ago. Sad but that’s that. Don’t think they will ever return..

So this year there will be only one country returning, which is Russia and that is not a big achievement, because we all knew they’d come back. EBU has to do something. I expected Slovakia to return at least.. :/

Hopefully there won’t be any withdrawals.

I think it’s likely that San Marino will withdraw this year.