In July he survived a showdown with ten of Malta’s most impressive young vocalists to win the ticket to Junior Eurovision 2017.

And on Friday Gianluca Cilia revealed his JESC song “Dawra Tond” — a bubbly, kid-friendly number that brims with optimism and light.

Translating roughly as “turning round and round”, the title conveys the energy and party vibe at the heart of Gianluca’s song (and also references a traditional Maltese children’s rhyme). But we think there’s another meaning: The world keeps spinning and young Gianluca is going to keep on dancing as it does.

The video opens with Gianluca getting suave inside of Antonio’s Barber Shop — perhaps the trendiest “gentleman’s quarters” on the islands — and features barber Antonio himself. Rubbing shoulders with a top stylist shows how Gianluca rolls!

He then takes to the streets of Valletta where he dances and sings, accompanied by a band of pretty ladies, and he leads the charge of what appears to be a political campaign. Gianluca for president? Why not!

Lyrically the song carries a message of togetherness and unity, all delivered to a toe-tapping beat. It’s heavy on the accordion, which gives it a traditional festival feel, and the marranzanu — a jaw harp — adds a bouncy, tropical accent.

“Come on and play this game, Gianluca is my name,” he explains in the opening bars. “Together let us unite because we are the same.” Later, he suggests that fun and games and a major dose of positivity should fuel your days. “Always on the run, ready to have fun, spinning to the sound, life’s a whirlpool and merry-go-round. Preach!

Gianluca has a strong team behind him.

The song was written by Emil Calleja Bayliss, the genius behind Janice Mangion’s “Kewkba” from the Malta Eurovision Song Contest 2017, and Dominic Cini, who performed the infectious “Fire Burn” at MESC 2016.

WHO IS GIANLUCA CILIA?

He started singing at the age of 6 and currently takes singing and music theory lessons at the Harmonic Ensemble. But he’s not narrow. In his spare time he enjoys reading, playing with his iPad and he’s passionate about Lego. Perhaps he’ll bring a spare set to Tbilisi?

He won his first major festival in 2015 at Oltreoceano in Palermo. A year later he earned the right to represent Malta in an international singing festival in Romania, where he finished third with his original song “Mamma Io canto per te”. Later that year, Gianluca took part in the first edition of Arpeggio, held in Malta and organised by Erseb Productions, and ended up as the Grand Prix winner.

What do you think of Gianluca’s song? Are you loving the fiesta feel? Let us know in the comments box below. 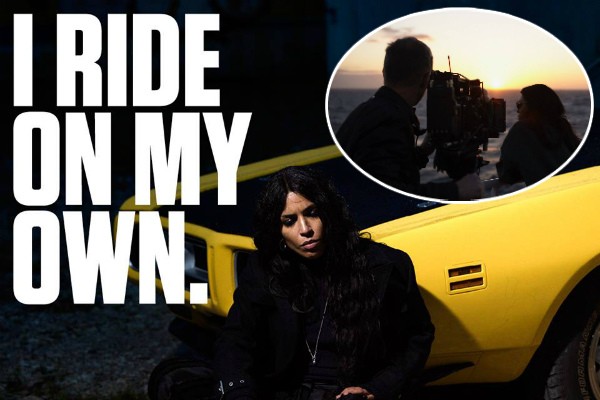 LISTEN: Loreen gets revved up with new single “’71 Charger” Thanks, but no thanks: Bosnia and Herzegovina reject Ralph Siegel’s Eurovision 2018 offer

Actually Malta steel songs not for first time Destiny Chukunyere-Not my soul is pretty same like the song of CeeLo Green-“F*ck you” you can listen the both songs and hear what i’m talking about. Even Destiny win Eurovision in 2015 with pretty similar song

At least it’s partially in Maltese.

That instrumental is basically a mashup of every Romanian and Brazilian hit from 2010 (Danza Kuduro and Stereo Love).

You get the idea.

The song sounds ok. I liked the beginning but it did not manage to keep my interest until the end.
Still good luck, Malta ^^

Portugal released a snippet of their song and it sounds so bad! God I can’t belive it – the title is “Youtuber” …

Yeah, let it be a little secret between us all. Nobody else has to know about that song. 😀

it’s such an awful song lol

it kinda feels like they just joined because eurovision is gonna take place in lisbon this year. Kinda like an obligation.

Keep praying for Portugal to continue Junior Eurovision participation as well after this year! 🙂

Hopefully Portugal does better next year! 😉

Absolutely! Love seeing my country going to Junior Eurovision again, just wish they’d try harder, but we’ve only heard a small part of the song… maybe it gets better LOL

“People of the sun, we’re always having fun”, sounds very similar to the Armenian JESC entry in 2014.

100 percent. I’m surprised it’s even allowed to compete. So so copied!

Maybe because Gianluca wanted to get an idea on other songs from the past!

There’s a line between getting inspired and shamelessly coyping