They were the hosts of Eurovision 2017, but can now kick back and relax as they plan their entry for 2018. Ukraine broadcaster STB has today confirmed the details of the national final that will select Ukraine’s act for Lisbon.

The show will largely follow the same format as the 2017 national final. There will be two semi-finals and one final from which the winner will be selected. The semi-finals will be held on 10 and 17 February, while the grand final will be held on 24 February.

Applications for the contest have opened today. Interested acts will have a long time to work on their submissions — entries won’t close until 15 January 2018, in more than three months time.

This year the show’s musical producer will be the composer Ruslan Kvinta. He replaces Konstantin Meladze who has left to work on new musical projects. He will be joined by further members of the expert jury, but at this stage the broadcasters says those names are “secret”.

Kvinta is enthusiastic about his involvement in the contest. He told STB, “Ukrainian melody is the most beautiful in the world. I really like it when artists combine folk instruments and modern arrangements in their music, when interesting collaborations are created when the repertoire is saturated with our culture.”

This give hints that Ukraine may be another country who is taking inspiration from Salvador Sobral’s win and backing away from “fast food music”.

There’s no indication that the broadcaster will again use an online wildcard. The controversial wildcard system in 2017 was troubled by allegations of vote rigging.

Ukraine at the Eurovision Song Contest

Ukraine regularly uses a national final to select its acts for Eurovision, but in recent years the shows have both ended in a thrilling tiebreak.

In 2016, Jamala’s emotional “1944” won the competition on a tiebreak, after originally coming first equal with rockers The Hardkiss. Jamala went on to win Eurovision 2016 and give Ukraine their second ESC victory.

Earlier this year rock band O.Torvald were tied with Tayanna’s “I Love You”. Just like Jamala, O.Torvald were the televote favourite, which gave them the edge and ensured they’d be on the bus to Kyiv in May.

O.Torvald’s home country popularity did not translate to Europe. Their song “Time” placed only 24th in the grand final.

What do you think? Who would you like to see in the Ukraine national final? Who can get a third victory? Share your thoughts below! 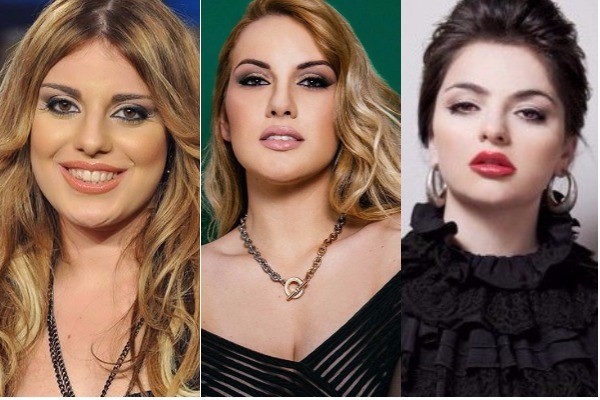 I hope that new producer and jury will return Ukraine in the top 10 next year.In Ukraine there are so many interesting artists from which you can choose according to your musical taste. Here is my list of 30 artists who can represent country at ESC2018: https://www.youtube.com/watch?v=5AVLixHkfXg

The musical quality from Ukraine has always been very high. However, their national final has recently been a very serious and long watch – even rivalling Italy’s San Remo Festival in episode length! There are good consequences of a longer format though, as each act recieves more criticism and is able to improve as they progress, ultimately culminating in a more polished Eurovision entry.
Best of luck to all the artists.

This year they had a great song in ESC. AND a great NF. Apart from I Love You which was very bad

Off-topic: Malta just narrowed their list to 16 for their final in February.

The program will also run for 10 hours, 8 of which jury members will fight over politics and annoy contestants with their questions. 🙂

would you all stop with these lies about salvador dying? its not a joke

Sure Ukraine brings another song I like this year. They always have quality.

After that rigged mess with Mika Newton in 2011 moral still hasn’t been repaired yet it happens again. So far frustrated…

He is experienced producer (relatively recent hits done with Alekseev) but it was funny to read his promising speech keeping in mind that he is known for mainstream pop songs with minimal/safe input in production.

After that rigged mess in 2011 with Mika Newton, I’m still ready to send aids to repair morality. He is known experienced producer (relatively recent stuff done with Alekseev /watch?v=RW31UG2YFac , /watch?v=CL9a0szaOso ) but it was funny to read his promising speech knowing that he was always known for mainstream pop songs with minimal/safe input in production.

Correction: “Ruslan Kvinta… will be joined by further members of the expert jury” — this is not what the national selection director Natalia Franchuk said. She said that this time, the music producer is to select acts for semifinals and help artists to perfect their entries if needed. He will not be a judge. Also, Natalia Franchuk has confirmed there won’t be an online wildcard. “This give hints that Ukraine may be another country who is taking inspiration from Salvador Sobral’s win and backing away from “fast food music”. — This is funny because there is a trend in the… Read more »

well if they don’t send a poor excuse of a song like last year, and actually look for a proper song with good lyrics and staging, kind of like in 2016, maybe in Ukrainian or Russian or their own native language, then good luck to Ukraine, I honestly doubt they would want to win again after last year, but if they send a good song then welcome back to the top 10

and O. Torvald lyrics was just Time to look.
Time to see.
Time to find. time time time, and as political and controversial as her song was in 2016, you knew that there was a story behind the song, it wasn’t done in typical English, the singing wasn’t brilliant but she could sing, whereas Ukraine so didn’t want to win this year, and thought a song with just time in it, would make them do well

Ukaine wanted to do well this year 2017 too.
Jamala loved TIME and the whole Ukraine thought this is the right choice just because Jamala said so. Now they are questioning her.
http://wiwibloggs.com/2017/05/17/ukraines-jamala-o-torvalds-eurovision-result/189902/

I mean I hope that they do well next year, with a good song, a good singer, and maybe in the Ukrainian language, but this year from the song it really didn’t look like they wanted to defend their title, I mean they should of done a little better, but still hopefully Ukraine find the perfect song next year

I respect your taste, I know that rock is not loved by everybody, I’ve just said that Ukraine wanted to do well, O.Torvald was not for sacrifice. The viewers…I don’t think they will ever vote for a winner two years in a row. It is interesting to see if Portugal will win in 2018. I’m open to this outcome. As a fan is interesting to see that.

i honestly think Portugal could win again next year, as it took them near enough 50 years, for their first win, they probably wouldn’t mind winning again, I mean they may be able to afford it again I’m not sure, but the Portuguese national final, I’m sure they are stepping there game up, to find an even better song than this year. and with Ukraine this year, it wasn’t to my taste, and its good they tried something new

however next year, hopefully Ukraine just focus on finding the perfect song to represent their country, and a great artist. So I understand where your coming from because some people liked Ukraine this year, some didn’t and whether they want to win again next year I don’t know if they could afford it

Everyone should like rock, otherwise, narrow and prejudiced taste!

and I admit I really liked Australia in 2016, and Russia was good, a little bit corny and cheesy, but I did like their song, Ukraine didn’t have a common used euro song, and was different enough to just send something not used before, regardless of the fact it was controversial

Poor excuse?? Time was brilliant! Unlike the banal I Love You

“This give hints that Ukraine may be another country who is taking inspiration from Salvador Sobral’s win and backing away from “fast food music”.”

It did. I already hate this host Portugal for taking credit of inventing music. Stay away and stop talking about what is quality music, you know nothing.

I agree with you. Amar pelos Dois is a great song, but the Sobral siblings did not invent music.

Lyrically, Salvador’s song was a lot more “fast food” than a song condemning an ethnic genocide. Amar Pelos Dois was a fine and worthy winner, but so was 1944.

I love Ukrainian selection. Very free for everybody, not just for those who have record label or money. Can’t understand why other countries can’t be that free, just tell people to send a song. Is this so hard?

It’s to avoid basement productions and to make sure the label can put in some money.