It’s the Baltic nation with Nordic tendencies. And Estonia also happens to be one of the most memorable Eurovision nations — even when it fails to qualify. Its music tradition runs deep, and its stars continue to shine long after their time in the contest has passed. For our latest music round-up, we take a look at some recent releases from a selection of the country’s finest stars.

Whether she’s covering “Despacito” or singing tunes like “Forevermore”, the sun is never far away. And sure enough, Tanja sends temperatures soaring again with her latest effort “Reeglid ei peata” (Rules Don’t Stop). The effect is instant and the Eurovision 2014 singer immediately transports us to warmer climes. Which is appropriate, since she sings of leaving everything behind and running off with her lover… can we come too? Tropical dancehall influences blend with Europop beats, creating a heady mix that’s hotter than the “Amazing” hitmaker’s fiery orange hair.

Strictly speaking, this is months old with the video dropping way back in February. But the latest from Jüri Pootsmann is just too good to ignore. So in a case of better late than never, we’ve “Silmades” (Eyes) on play — pun intended. Taken from his debut album, the gentle ballad weaves melancholy with hope. The Eesti Laul 2016 winner’s rich vocals tell a tale of a man who’s on the verge of losing someone close to him. The day is drawing to a close and autumn is on its way. Yet there’s still a little time. Time for Jüri to ingrain that person in his mind, in his eyes. As the song progresses, the air of sadness gives way to a sense of optimism, spurred on by buoyant instrumentals. He may have received the wooden spoon in Stockholm, but we’re already excited for Jüri’s next project… especially since we recently spied him hanging with a certain Aminata Savadogo at an Eesti Laul songwriting camp.

Ireland has Enya, Germany has Oonagh. And Estonia’s got Sandra Nurmsalu. Whether she’s leading the ladies of Urban Symphony at Eurovision 2009 or going solo at Eesti Laul 2014, the other-worldly singer rarely fails to enchant. Alas, her latest single “Kevad on alati alles” (Spring Is Always There) is somewhat of a misstep. The song starts off charmingly pleasant “Next to you / there is always someone / to rely on”, brimming with positivity “Spring is always there / you can count on / deep in the heart, dark night”. But then, at roughly the 1:30 mark, there’s a jarring shift in tone, as the gentleness is replaced with unnecessary melodramatic trappings. Sometimes restraint can be just as effective as any key change.

He brought retro Europop to Eurovision 2017 and they introduced Eesti Laul to electro beats in 2016. And now, Koit Toome and Cartoon have joined forces on “Your Stories”. There’s potential for something spectacular, but it’s never realised. Rather than the wonderfully old-school vibes Cartoon gave us with Jüri last year, this sounds oddly dated. Koit croons “I won’t lie down / And I won’t oh -on’t / I won’t lie down”, yet that’s exactly what we want to do. On the plus side, the song is available as free download. Unfortunately, as of yet, there’s no music video, so no opportunity for Koit to unleash those iconic facial expressions. 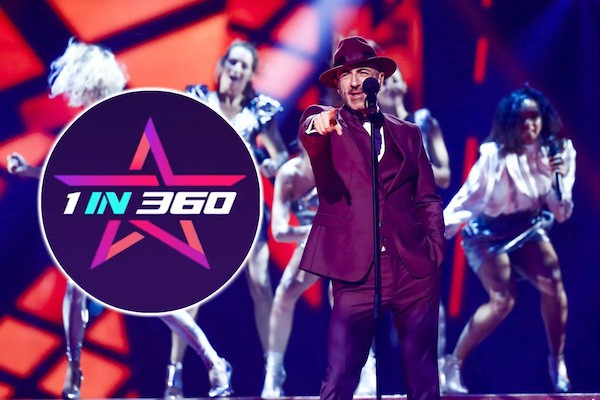 Have you heard the new song by Helena Paparizou “An me dis na kleo”? It’s very succesful right now in Greece and I think it’s amazing. You should definitely add it to your New Music playlist.

Ditch these crappy English songs and send something amazing in Estonian again, like in 2009 and 2012.

They had their chance at Eesti Laul 2014 with Sandra’s “Kui Tuuled Pöörduvad”.