At the Eurovision Song Contest 2016 she sang “Ljubav je” — a song about love and tearing down the walls between us — while representing Bosnia & Herzegovina.

And on Monday Dalal Midhat will continue to inspire and wow as she releases “Never Give Up”, her first English-language single.

She sounds emotional and for good reason: The video is dedicated to raising awareness about the organ donation and transplant program in her homeland.

Dalal, a humanitarian with a heart as big as her voice, has been deeply moved by the work of Otvorena Mreza, a Bosnian non-profit radio station that works for a number of humanitarian causes, including organ transplants.

Speaking to wiwibloggs, Dalal explained why she wants to help those in need.

“Since the issue of organ donation hasn’t been solved effectively yet, every now and then individuals in need and/or the members of their families and friends are forced to raise the money for very expensive procedures abroad.”

“Hence Otvorena Mreza through its radio and television program has been helping them making their problems vivid to everyone in our country and abroad for many years through their message, ‘Never give up'”.

“As I have participated in many humanitarian events in Bosnia & Herzegovina, having heard the song with the same title made me realize its power and message in accordance with the transplantation program of Otvorena Mreza.”

“With this song and video I hope I will contribute to raising awareness and money, and make possible the necessary changes in existing laws in Bosnia & Herzegovina.”

The song will be available on all digital platforms around the world and comes with a video is directed by Vedad Jasarevic, who also worked with Dalal (and Deen and Ana Rucner) on the video for their Eurovision entry.

Dalal promises that the video for “Never Give Up” will come with a special story, so stay tuned.

Proving just how real her humanitarian spirit is, Dalal has also donated a series of items from her wardrobe to an auction to raise funds for a girl living with leukemia.

Are you excited to hear Dalal’s first international single? Are you touched by her efforts to help those in need? Let us know in the comments box below. Eleni Foureira: “There must be a reason why the people at ERT didn’t select me” 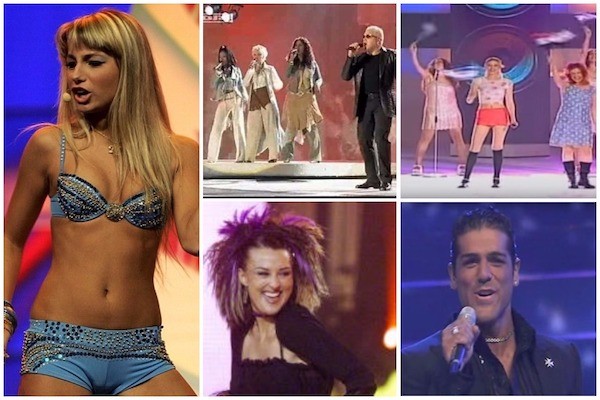 This used to be a thing? Eurovision trends from the ’00s

You haven’t heard of the songwriter? Mr Cottura contributed some rap vocals to the Backstreet Boys’ song “Get down” in 1996 – that’s 21 years ago. His own Eurorap singles all had no success. He also was married to Dutch-German Eurodance singer Daisy Dee. I preferred Ms Dee’s music.

And again it will be 42 countries participating at Eurovision. It seems like Macedonia won’t participate because of the same reason as with Romania 2016. It’s already 3rd year in a row that because of some bs we can’t get 43 countries. -_-

I don’t think that the same weird situation as with Romania can repeat itself. I like to think that EBU can handle better this time. Probably when 43 countries were announced, FYROM was not among them, that make us think that can be another country…Turkey, Slovakia…

Just scream of my sole.Sometimes national selections in all countries did such painful mistakes!
I just can not understand why this song still did not become a real hit,it`s so unfair, always mentioned about this song when think about next Eurovision…
https://www.youtube.com/watch?v=dJ6s7vTawTA