M I H A I, the Eurovision star formerly known as Mihai Traistariu, has gotten over finishing second at Selectia Nationala 2017 and is gearing up for Selectia Nationala 2018, where he aims for the top spot. He’s already received seven tracks for Lisbon and he is calling for new submissions. Meanwhile, the singer featured on two singles over the last week: “Chop Chop” and “Portobella”,  both in collaboration with En3rgy MC.

“I won’t surrender,” M I H A I belted out flawlessly at the National Final of Selectia Nationala 2017, where his song placed second behind Ilinca and Alex Florea’s “Yodel It”. And surrender he won’t, because the singer has not given up on his dream of representing Romania at Eurovision again and bringing the trophy home. Setting his sets firmly on Lisbon 2018, M I H A I  announced that he already has received seven tracks for Selectia Nationala 2018 and is open to more song submissions.

At the time he wrote that he would choose the best song by December, but he needs to hurry up, because the preselection will start in November, according to the latest news coming from broadcaster TVR.

But before Selectia Nationala kicks off, M I H A I has uploaded two brand new videos on his YouTube channel, “Chop Chop” and “Portobella”, where he features alongside rapper En3rgy MC.

Yes, they’re a far cry from the classy ballad “I Won’t Surrender”, on which M I H A I’s voice is most at home. They sound more like a blast from the past and a tribute to the 90s Romanian music — and they’re definitely not Eurovision material. But it’s worth noting that M I H A I doesn’t shy away from musical collaborations with artists from a wide range of styles. It may be easy to laugh at the video concepts and the overall quality of the songs, but the truth of the matter is that M I H A I is a singer in demand and he keeps working non-stop. The reception to these collabs might be lukewarm (just over 2,000 views for both videos in one week), but the “Tornero” singer will go on, undeterred by criticism and haters. And you gotta respect the utter self-confidence of the self-proclaimed “sexiest guy in town”, not to mention his one-of-a-kind voice.

What do you think about M I H A I’s new videos? And are you ready for him to slay the pack at Selectia Nationala 2018? Let us know in the comments! 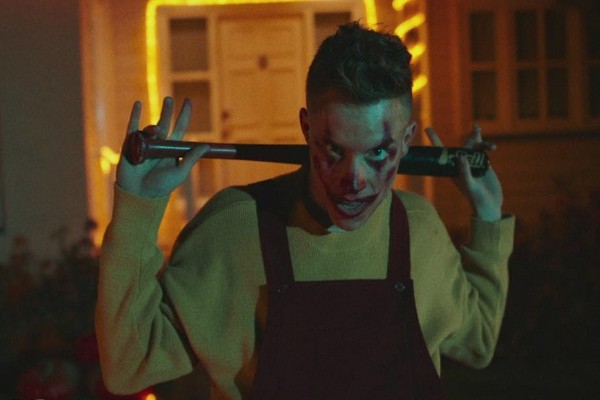 Moldova: SunStroke Project will party with Eurovision 2017 stars in Chisinau on their 10th anniversary

and that my friends, is a great example of fast food music

Mihai is just amazing!
I’d love to see him back at Eurovision. With the right song of course.
I really like he’s so determined!

When desperation has no limitations .. and for no reasons. I wonder what pushes these people to want to come back to Eurovision so .. desperately.

I wonder why frustrated people have to be so mean… Oh yeah, because they’re frustrated, right! Well, M I H A I has got an impressive voice, is he the 1st one who wants to come back? Really? From Macedonia’s Kaliopi to Serbia’s Zelijko to Bulgaria’s Poli Genova, from Malta’s Chiara to Russia’s Dima Bilan, and from Moldova’s Sunstroke Project to Ireland’s Jedward and so on. Not to mention Valentina Monetta’s 4 time participation or some winners coming back (Johnny Logan, Charlotte Perelli, Dana International, Helena Paparizou, Loreen, Carola, Niamh Kavanagh, Linda Martin, Lena and many other winners who made… Read more »

I feel Despacito-Luis Fonsi-Daddy Yankee in this songs. I think he is on the right track, but he should try better. He needs to top Tornero.
Europe could not ”copy” Gangnam Style, but with Despacito…Europe is like fish in the water.
Try harder MIHAI and you can do it. Make it more latino, less rap.

“I won’t surrender” was not only my favourite Romanian song, but was one of my favourites songs fullstop of last year.

Also I gotta admit that I kinda love his Eurovision mania – he’s one of us.

Romania is never going to send him back to Eurovision… because of these pieces of s**t he released lately, but not only. The fact is Romania has lots of better, younger and mentally healthier artists so why should send him again and embarass the hole country…?

Mentally healthier? Does Mihai have any mental health problems?

No, he doesn’t. Nowadays these words are overused. Many like to label themselves as ”mentally ill” or to label others. Is just in fashion.

He only have the voice, but the things that he produce lately is so 1990, so cheap… No one in Romania likes him, only the people over 50 years as age! 🙂
Mihai lasa-ne ca ne faci de cacao pe unde te duci cu rahaturile tale de piese!

I like this guy, how he featured Lisbon logo on his fb. He is actually a person with a big heart, and even if people keep saying he should let others go to ESC, I thing is his right to try for a 2nd time, nothing unusual. But I wonder if Selectia Nationala doesn’t require secrecy. It was a time when artists had to apply anonymously.