As we get closer to the big reveal of the acts competing in Melodifestivalen 2018, four more names have emerged as likely additions to the line-up. Aftonbladet reports that Mello 2017 stars Benjamin Ingrosso and Felix Sandman (formerly of FO&O) will return, as will Melfest 2002 runner-up Méndez. Rumoured to debut is dancer Sigrid Bernson.

He made his Mello debut earlier this year with the Timberlake-alike song “Good Lovin'”, which placed fifth. Now it looks like Benjamin Ingrosso could make it two in a row. However, Aftonbladet notes that his participation is dependent on him finding the right song to enter.

Exit FO&O, enter Sandman. He was one-quarter (then one-third) of the popular Swedish boyband FO&O (previously known as The Fooo Conspiracy). With the band on hiatus, Felix Sandman is using Melodifestivalen to launch his solo career. FO&O placed 11th at Melodifestivalen 2017 with “Gotta Thing About You”.

Also known as DJ Méndez, the Chilean-born singer-songwriter, DJ and producer has previously competed twice at Melodifestivalen. In 2002, he placed second in the grand final with “Adrenaline”, but the following year he didn’t make it out of Andra Chansen with “Carnaval”. Méndez made an appearance at Melfest 2016 as part of the grand final Mello medley. Aftonbladet‘s source says that Méndez’s return is tied to the current popularity of Latin music, following the huge success of “Despacito”.

Sigrid Bernson is best known as one of the professional dancers on the Swedish series Let’s Dance, where she was (the slightly less famous) half of the winning duo three times. She was rumoured for Melfest 2015, and earlier this year she released her debut single, “This Summer”. If Let’s Dance seems an odd match for Melfest, remember that Måns Zelmerlöw won the very first series back in 2006.

Sigrid will be competing against her boyfriend (and Let’s Dance 2017 partner), Samir Badran of the duo Samir & Viktor. Also appearing in the Melfest heats will be Stiko Per Larsson, the winner of P4 Nästa.

It is expected that later this month SVT will officially announce the acts competing in Melodifestivalen 2018.

What do you think? Are you happy to see Benjamin Ingrosso and Felix Sandman return to Melodifestivalen? Who else would you like to see at Melfest 2018? Share your thoughts below! The boys are back in town! 10 of Eurovision’s greatest boybands 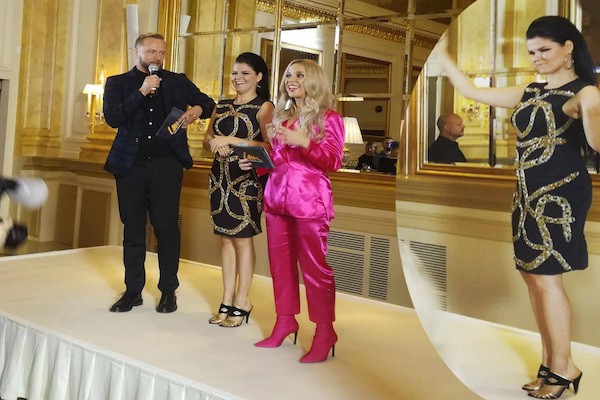 My first thought: Felix and Benjamin look like doppelgängers, and their songs will be, too. Nothing to look at here. Move along…bring back Alcazar! 😀

What is this Despacito? :/

Can’t wait to her all the Depacito copycats.

I must be one of the few people who love FO&O! But Im happy about Benjamin as well.

I wanna see how many Despacitos make it to the actual ESC. I think at least a couple will.

Benjamin ingrosso was so eww last year. I would love for bella & filippa to try again! I also always like jon henriks entries but it might be best for him to take a few years off.

I could have done without Benjamin Ingrosso. What exactly is his appeal?

Hairy arms I guess? His voice is tragic, hos song was dated, and he has zero artistry.

Good lovin’ was in my top 3 last year so would be very happy to have Benjamin back. Less excited about Felix and the others

Mendez? Who knew? Haven’t heard of him in ages, literally. He just went away. Isn’t he a mayor or something in Chile? Wonder if he has the time to participate?

Either way I’m not hoping for much. Despacito was a hit but Latin music isn’t. And Despacito was only a hit due to Bieber, let’s admit it.

90% of people don’t even know a justin bieber version of despacito exists.

True. Justin Bieber has nothing to do with Despacito success, he just wanted to jump in and have a piece of this song’s fame.
And Latin music is back in fashion, not just Despacito.

He was running to become a Mayor but he did not win. He has made a huge career in music in Chile. Adrenaline was such a good song that maybe now would have been more appreciated.

Yawn. These people will bring some generic dance pop song and nothing worth nothing. Unfortunately, the Melodifestivalen is a competition for singers rather than artists, so people like Veronica Maggio are bound to stay out.

I know, it’s really sad. 🙁
Last year, Loreen’s Statements was an artistic masterpiece, but it was rejected. 🙁 (Okay I do like Anton Hagman, but not THAT much!)
All of these artists are fine, but will MelFest allow them to bring stand-out challenging songs to the masses?

Predictable, and I like the genre, but I hope it will be something original, not just copy. I remember 1996 and ”123 Maria” (Ricky Martin). The beginning of an era, just like Despacito nowadays.

I think that too, and I do not even like despacito. Arggh

I liked Bejamin, he had hairy arms.

And Felix was the only interesting part of FO&O…

Benjamin was my favourite last time, so i hope he has another good entry. “Do you think about me” was the summer hit 2017 to me. Jag älskar dig Benjamin!

I really hope, if Benjamin Ingrosso does participate again in 2018, he gets a better song than Good Lovin’.