Party for everybody! Ten Eurovision 2017 acts are currently converging in Chisinau for Tuesday’s concert “SunStroke Project and Friends”, which celebrates the successful ten-year career of Moldova‘s epic band. The concert, set to take place in the National Palace, is the most anticipated showbiz event of the year in the Moldovan capital.

The concert, which will start at 6:00 PM CET on 14 November, will be a Eurovision extravaganza, filled with plenty of surprises. Besides SunStroke Project, the Eurovision 2017 representatives from Armenia, Austria, Azerbaijan, Israel, Montenegro, Norway, Romania, Spain, Sweden, and Switzerland are going to perform. Some of them even recorded short videos as an RSVP for the party. Here they are below.

The concert, which is the biggest Eurovision event ever staged in Moldova, will be hosted by Timur Miroshnychenko, the Green Room host from Kyiv. He’s also recorded a video inviting the song contest fans to join the party.

As usual, wiwibloggs will be on the scene to cover the event and talk to the artists, so let us know in the comments what you would like us to ask your favourite Eurovision stars.

SunStroke Project are also going to celebrate their ten-year anniversary by opening their own dance club in Chisinau, called Sunstroke. The club will officially open on Friday, 17 November, but it will also serve as the venue for the afterparty for the concert on 14 November.

The “Sunstroke Project And Friends” concert will be held at Palatul National in Chisinau on 14 November 2017, starting 19:00 local time. Tickets are still available here.

Are you excited that SunStroke Project are essentially bringing Eurovision to Moldova? What would you like to ask the band and their guests? Leave your questions in the comments section below!

Our @stingovision is on the ground in Chisinau and he can’t wait to attend @sunstrokeproject’s concert on Tuesday. What questions do you want him to ask all of the #eurovision2017 stars who are attending? #eurovisionsongcontest #eurovision The Next Star for Eurovision 2018: Yafit Casay and Ravit Batashvili among the latest qualifiers 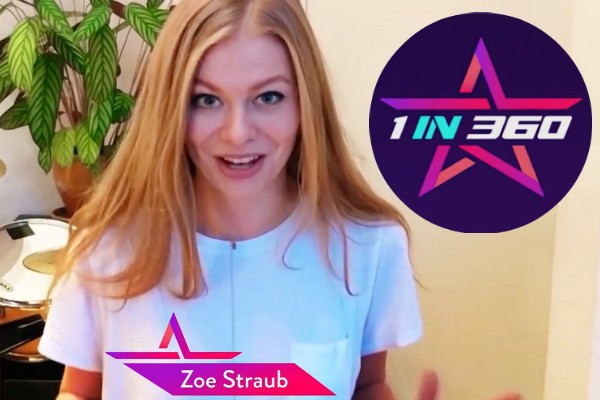 yoohoo! i bet all people will kill to watch Manel again! (irony off)

It’s great that Moldova is so happy for their 3rd place in ESC, while other countries pretend not to care about ESC. This is why the audience likes to root for underdogs. I would ask them all if they want to return to ESC.

Who do they feel should have won ESC 2017? Which song was the most overrated and which was underrated?

I think it wpuldwould be fun to ask each of the attending artists what kind of advice they might have for the artists competing for their country/in their country’s respective national final. Maybe something they wish they knew going into the experience?

And as always ask them what might be next for their careers? New album? Writing for other artists perhaps? Give me gossip!

I would like to ask the same question as Jakub, but in a more cautious version! What does Artsvik and Dihaj think about each other’s songs and performances? They don’t represent their countries in this concert as it was in May (I mean real “Eurovision”), so that’s why the pressure from them has already subsided. Will Artsvik return to the contest someday? And the same question applies to Dihaj.

There is one country missing from the guests list and I feel bad about it. I wish Bulgaria’s Kristian Kostov could have make it to this nice party, too! Except that, I love all the confirmed artists and wish them all the best! It’s so nice to see Eurovision unites people even after the event is over…

Since a friend of mine already asked Jowst if he could make a remix of every esc 2017 song, I just want to know if this will ever happen 😀 (Also I want to wish him good luck for his career, him and Aleksander are amazing)

I’d really like to know what Artsvik and Dihaj, as artists that represented their respective countries think of Armenia-Azerbaijan relations in Eurovision – it was the first issue that came to my thoughts when I looked at the guest list. But probably too much of a party killer question to go with it, and not really associated with the event itself. Still, I’m curious!
So not to bring anyone down, I’d ask the artists what do they feel when watching their own performances now, several months after the Eurovison 2017.

This is really cool. I’m happy for all of Sunstroke Project’s success!