On 10 February he’ll square off against Polish singing sensation Margaret in the second semi-final of Melodifestivalen 2018 in Gothenburg.

But, as fans of Swedish Idol know, Liamoo is already acquainted with the blonde bombshell’s pop music oeuvre.

In 2016 Liamoo — real name Liam Cacatian Thomassen — performed Margaret’s viral hit “Cool Me Down” on Idol, proving that he can take any song — even one written for a female — and make it his own.

Liamoo covers “Cool Me Down”

Working a deep and resonant register, he douses Margaret’s track in testosterone and swagger, tweaking the lyrics when and where he needs to.

Rather than having his “high stilettos on fleek” he sings of sneakers, but he’s still dancing on flames — and most definitely bringing the heat.

The overall feel is more mellow and — dare we say it — sexier. The judges — clearly bewitched — sway and bob along, clearly forgetting that Liamoo is tackling someone else’s double platinum single. There’s ease and passion and a feel-good vibe throughout. As Liamoo says, Yo!

Liamoo, who will sing the song “Last Breath” at Melodifestivalen, tells us that it’s been non-stop since he won Idol last year.

“A lot of stuff to do — a lot of touring, spending a lot of time in the studio, trying to make new songs,” he says with his cool-cat voice. “Just being busy. But I love it, because this is what I expected and what I want to continue doing.”

He’s hit the ground running, releasing the singles “Playing with Fire” and “Burn”, along with his most recent offering “It Ain’t Easy”, which is at once current and Old School.

“I get this little James Bond, casino, movie-ish feel when I hear it,” he says.

Listening to his repertoire on Idol, it’s clear that he can sing low and high, and that he’s not afraid to tackle pop, hip-hop and everything in between. But what were his favourite tracks to cover? “Can’t Hold Us” from Macklemore and “Ready or Not” from The Fugees.

“That’s the type of music I grew up with,” he says of the latter. “It’s really personal to me. That Friday everybody stood up and was clapping. I think it got the most views on YouTube.”

His English is on-point, and many of our readers have asked how he developed that perfect pop-star speak.

“Both of my parents used to listen to a lot of hip-hop and English, American music. There was not a lot of Swedish stuff. That was the things I grew up with and if I liked the song, that was the song I was singing to. Basically that’s how it is.”

Are you loving Liamoo and his song? Do you think the bookies are on to something, since they currently have him down as joint second favourite to win it all? And what do you think of his “Cool Me Down” cover? You can let us know in the comments section down below! 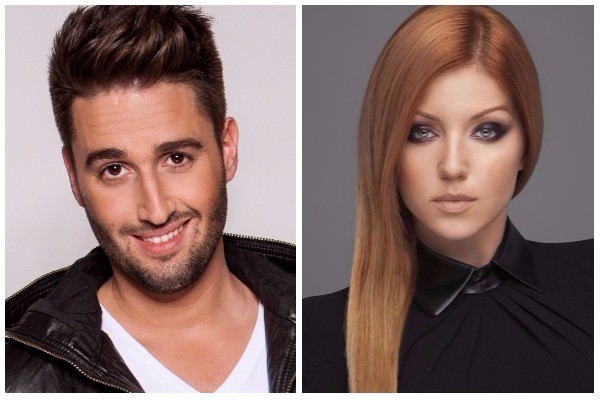 Hungary: Viktor Király and Reni Tolvai among acts confirmed for A Dal 2018

It’s a good cover, but he’s not sexier than her, sorry :p

“The overall feel is more mellow and — dare we say it — sexier.”

But, who am I to drown your fan-girling.

I can see Liamoo winning Melodifestivalen. I have high hopes in ‘Last Breath’, wish I won’t be dissapointed.

The song is a hit, I’m not surprised it’s being covered on such a big stage 🙂
Plus, Margaret can use the promotion for the upcoming Melfest.

He can be big star, but he should try to speak normal, he’s trying too much to have American accent. No need to try so hard to speak like American rappers. Speak normal. Good luck in Melodifestivalen.

I noticed other Swedish acts trying to do the same, even talking stuff like “inches” or “feet” do describe measures (I believe Sweden uses the metric system).

Liamoo and Margaret along with Dotter are my favorites at Mello2018 <3.