Two years after she released her Christmas album “Povesti de iarna” (Winter Stories), Romania‘s Paula Seling has dropped the video for the dreamy track “Departe de Soare” (Far Away From The Sun).

The video, directed and shot by Paula’s husband Radu Bucura, resonates beautifully with the song: it’s breathy, ethereal, and luminous.

Paula, the only Eurovision contestant to ever win Eurovision’s Next Top Model twice (both times she participated, in 2010 and 2014), highlights not only her beauty, but also her angelic voice and the splendor of the track.

Whether she’s lying on a bed of roses or flying through clouds on a bicycle, each frame compliments both the singer and her songwriting. Because yes, “Departe de Soare” was written by Paula, as were the Romanian language lyrics, in collaboration with Marius Marincas.

The verses tell a story about flying through life and our ability to overcome obstacles. Although not a typical winter story, the music reminds us of the purity and miracle of Christmas, which is coincidentally also Paula’s birthday.

“Povesti de iarna” is Paula Seling’s fourth Christmas album, but the first she wrote by herself. The first single was “Doi prieteni vechi” (Two Old Friends), the video of which she released back in 2015. That video was shot at her and Radu Bucura’s home in Bucharest.

Although ESC fans know her primarily for her dance anthems “Playing with Fire” and “Miracle” together with her co-star Ovi Jacobsen, Romanians celebrate Paula Seling as the queen of sweeping ballads, which we hope she can demonstrate to Europe one day, should she decide to return to the Eurovision stage. We know that Paula’s love for the song contest is undying, as she was one of the national jury members of Selectia Nationala 2017.

While we wait for that to happen, you can stream previews of all the songs on “Povesti de iarna” here, and you can also buy the individual songs.

What do you think about Paula Seling’s new video? Let us know in the comments! 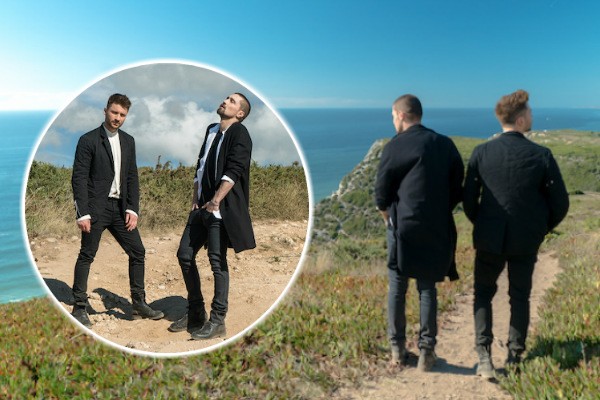