It feels like it’s been forever since Emma’s last recording “Quando Le Canzoni Finiranno” was released a year ago. The Italian goddess hasn’t been idle since then. Right after finishing the AdessoTour she locked herself in a studio to provide another series of hit songs for her fans.

And now we’re getting to hear “L’Isola” (the Island), the first single from her upcoming fifth studio album Essere Qui (To be here). The drama-free single moves in a very different direction from the songs from her fourth album Adesso. There’s a purity and simplicity here that makes you feel like you’re flowing with the music rather than being pushed along by production.

In this new era Emma seems more concerned with touching our hearts. She’s as emotional as ever, but she expresses this with a more mature, slightly more restrained tone.

If you go through Emma’s discography, you’ll get the sense of a flower in bloom, blossoming as the years have passed. The Italian pop diva has a colourful life, and is telling many stories through her songs.

In the music video directed by Lukasz Pruchnik we see Emma travelling through the city and enjoying some views. But it’s not just that. When she’s standing in the car, she clearly enjoys each ray of sunlight and gust of wind. Everything makes it look like she’s just a little leaf in the huge world and she’s completely happy with it.

But besides the voyager angle, there’s something really mysterious at the end of the video. Emma puts on a huge sheer dress which is similar to the one she wore at the end of the music video to her Eurovision entry “La Mia Città”. Is this just a dress?  Or is this a symbol of accepting the past and not forgetting or is Emma hinting at something else?

The lyrics tell the story of a peaceful moment between two lovers. It’s all kept as simple as possible and everything perfectly matches the melody, giving it the sense of a little piece of art. Emma even sings “love, have no fear, we’ll find a way to go away from the island” emphasizing the peaceful nature of the song.

The message seems to be clear: slow down, brothers and sisters! But knowing Emma, there’s much more we should be looking out for. But this is a job that everyone needs to do on their own. With such a beautiful opening we cannot wait for the whole album.

One destiny, one vortex
Backlight it’s more simple
You take your breath and you choose me

They say they’ll come back to take us
Someone will come back
They say, who knows

And everyone was looking at
The sun disappearing
At the horizon behind the waterline
And you were looking at me
And I told you
“Love, fear not
We’ll find a way to go away…
…Away from here
…Away from here, from the island” 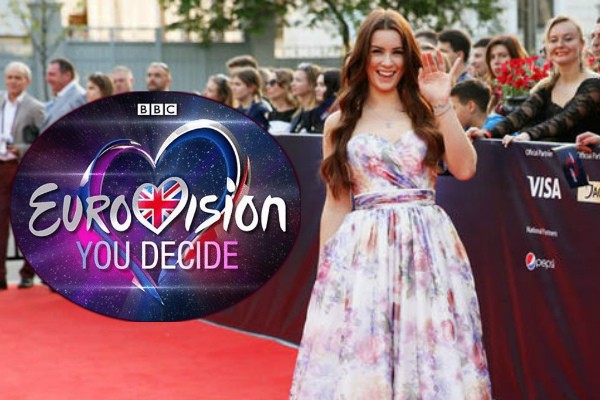