The Wiwi Jury — our in-house panel of music unprofessionals — continues to review the 18 songs competing in Hungary’s national final A Dal 2018. Next we listen to Leander Kills with “Nem szól harang” and Tamás Vastag with “Ne hagyj reményt”. Did either of these songs ring our bell? Read on to find out!

Antranig: If I learned one thing from Leander Kills is that Hungarian rock is amazing. This reminds me of Finland’s Teräsbetoni which is one of my favourite Eurovision entries ever. This is not a genre that typically does well at Eurovision but it could be a risk worth taking for Hungary because “Nem szól harang” is a high-quality Hungarian rock song.

Barnabas: After last year’s power ballad, they literally smashed the windows this year, and, it actually works very well! With some riffs based on ethnic influences, aggressive, yet virtuoso drum beats and fills, and Leander’s rough but powerhouse vocals, the song just tears down everything that stands in its way, bringing along some strong lyrics about the bond some people have with their birthplace. Who knows, this kind of unleashed power could actually be enough to bring the first ever Hungarian rock act to Lisbon! Well done!

Luis: “Nem szól harang” not only shows A Dal veterans Leander Kills in all their glory, it also brings one of the most solid metal attempts in a national final in recent years. If Hungary is brave enough to send this to Eurovision, many people will actually reward it: when was the last time we had metal at Eurovision? It’s about time!

Natalie: That Hungarian metal slays. Honestly, how do you review metal next to heaps of minimalist pop? It’s noisy, pretty fierce and is sure to grab everyone’s attention. I don’t think it’s exactly an award-winning piece of its genre though. It’d be great to see this on the Eurovision stage, but really only for the sake of variety. I think this will be more likely to scare everyone off, and Hungary should probably pick something else.

Robyn: Leander Kills do rock really well. There is no compromise, no attempt to go for a poppy edge à la Imagine Dragons. So while this style of song won’t appeal to everyone (especially in the Eurovision fan community), those of us who like some good Hungarian metal, will be very happy with “Nem szól harang”.

Sebastian: Lordi unmasked, and taken up to 11. “Nem szól harang” goes totally against the Eurovision grain, which rarely sees anything this heavy make it anywhere near the stage. It’s bold, brash and unfazed. But it’s ultimately difficult to review such a song when it goes so against the repertoire of typical Eurovision songs. While I can’t bring myself to give it the devil horns, I can at least give it a warm thumbs up.

Antranig: This is a decent song with decent staging and decent vocals. But decent only gets you so far in A Dal when you have many high-quality acts. My favourite thing about this act is that the staging appears to be a pastiche of so many Eurovision entries — Nina Sublatti’s wings, Mans-like interactivity with the backdrop, Alma-esque dancing happening on the side and the ever popular lyrics on screen. This song is a Eurovision drinking game mishap waiting to happen.

Barnabas: Another decent pop song that is well sung, however, the staging really needs to be improved, as it does not need to literally depict the lyrics’ meaning. Musically speaking, it gives me chills but just nothing more — it doesn’t get stuck in my mind. This is sad because Tamás has had some really good entries before.

Luis: Once the song started and before Tamás appeared on sight, I felt like this would be another tropical pop try by a teenager. Seeing him all dressed up and well trimmed was a bit of a shock, but it didn’t last for long. This act is very likeable, but there are few remarkable things about it. Nice voice, nice song, nice interpretative dance. Just nice, nothing extraordinary.

Natalie: It is pretty hard to hate this song. It just has the sense of joy and charm that puts a smile on everyone who listens to it. That pretty production and the optimism in Tamas’ voice is really infectious. Admittedly, it does get quite repetitive really quickly, and it’s not exactly a memorable song. I still hope people find it in their hearts to give this one a few votes though.

Robyn: It doesn’t help that the staging for “Ne hagyj reményt” is more interesting than the song itself. That’s not to say the staging is good, with the often messy combination of karaoke graphics, “Heroes” style interactions and interpretive dance. But Tamás Vastag is a likeable performer, his song has quirky charm and it’s understandable that he won the televote wildcard. But this isn’t one of the strongest songs in A Dal 2018.

Sebastian: Tamás Vastag is a more confident Ceasefire X – with similar staging, but a far less superior song. Interpretive dance is too often thrown into staging at Eurovision, which damages the overall act when it doesn’t fit (as in here). And much like the circling dancers, “Ne hagyj reményt” circles itself into oblivion. Tamás is a polished performer and should well consider a return to A Dal, but with a better song. Melodifestivalen 2018: Who should win Semi-Final 1 in Karlstad? 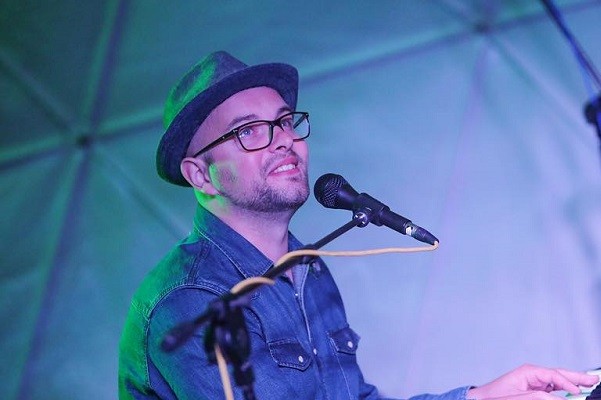 Leander Kills: That is really a rock entry! I’m not a great fun of rock, the chorus sounds like a noise to me, the verses are good.
5/10

Leander Kills: Not as authentic as last year, more an example of generic rock but done well. Great vocally, good staging. Overshadowed by the energy of AWS somewhat this year.
Tamás: Attempted staging but didn’t work (Wings should be banned at Eurovision) Surprised this qualified. Naff song.

“when was the last time we had metal at Eurovision?”

We were very close to having it in 2019 if they hadn’t disqualified Ovidiu Anton.

Moment Of Silence definitely wasn’t metal – it was rock with a tinge of musical theatre. The last entry that was definitely metal was Finland 2015, but we all know how that ended. Pretty much everyone (including me) had it as their last. (Ukraine 2017 might be metal as well, but that didn’t do much better).

Have to agree on “Moment of Silence”. That song reminded me more of the Wagnerian/operatic rock associated with Jim Steinman (collaborator with Meat Loaf, also wrote such songs as “Total Eclipse of the Heart” and “It’s All Coming Back to Me Now”).

I like good metal music. If Lordi can pull off the win, then anything is possible.