On Wednesday, February 7, the UK makes its choice for Eurovision: You Decide 2018. Ahead of the show, the Wiwi Jury — our in-house team of music un-professionals — is reviewing all six acts to help you make a decision!

After helping out Belgium with their acts in 2015 and 2017, SuRie looks to be the main star for the UK. She sings “Storm” at You Decide!

Chris: There’s something brewing in “Storm”, certainly. It’s just whether or not the live performance will help unlock some of that. Right now, there’s lots of good ideas – particularly with the verses – but it does feel like there’s a missing link in the middle. The UK has proven they can revamp a song by now though, so if SuRie delivers something great live with this version, it could only get better.

Luis: Clean Bandit meets Malta’s MESC. There are good ideas here, but they’ve flirted too much with clichés and common places and the result is an average lovechild. This doesn’t make any impact, it just passes you by and two minutes after it ends, it’s gone forever. The UK can do much better than this.

Robyn: Three minutes isn’t long and a lot of Eurovision songwriters are frustrated that they can’t do everything they want to do in that time limit. “Storm” doesn’t have that trouble. It sounds like it’s based around a couple of good ideas that have been padded out into a full song. The end result is a song that feels repetitive and despite its positive message, it wears out its welcome after only a couple of minutes.

Sebastian: “Storm” has a slightly anthemic quality – which also serves as it’s weakness. Either you go all out, or you go ballad. It’s a strange mix of both that fails to make an impact. Lyrically, it could work for a country where English isn’t the first language. But for the UK, it’s a little weak. It’s a drizzle, not so much a storm.

Bernardo: It’s far from perfect but it’s not bad. After the three minutes, “Storm” is gone and I can’t remember anything. Not even the melody. It’s repetitive and brings nothing new to the table. However, SuRie’s voice is quite interesting. I would like to see her back with another song.

Jonathan: “Storm” is a bit Eurovision by numbers. It’s nice enough, has a relatively catchy chorus and talks of perseverance. But how many Eurovision songs would fit into that description? (Too many to count.) In the end it would be a very safe choice. Yet, the UK really needs anything but safe at the moment and should be trying to push the boundaries in order to climb up the scoreboard.

In our UK Wiwi Jury, we have 16 jurors but only room for 6 reviews. The rest of our scores can be found below:

Before calculating the average score, the highest and lowest scores are dropped. This is to remove outliers and reduce potential bias. We have removed a low of 4.5 and a high of 7.

Are you caught up in SuRie’s Storm? Let us know your thoughts in the comments section below.

Read all our Eurovision: You Decide 2018 Wiwi Jury rankings here 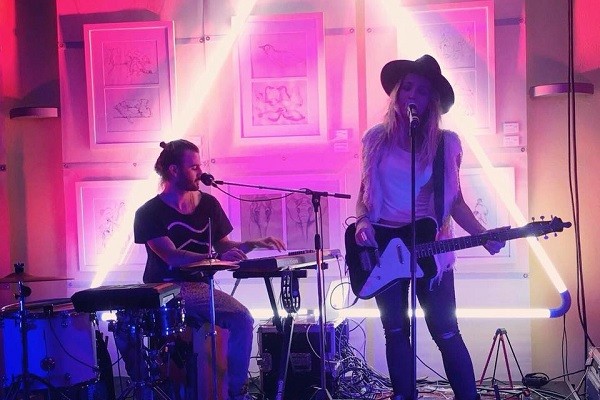 She’s a really good singer, no doubt. However, the song doesn’t draw you in from the beginning. You have to hear the chorus and the energy she gives on stage (look the NF performance)

Here’s a woman with a rich-sounding emotive voice, and what do the Eurovision UK camp writers give her?: A not-very-emotive song! This is a wasted opportunity. The melody is predictable, and contains the unnecessary “oh, ohs” in the Choruses just to annoy me even more. Belongs in the song recycle bin, sorry. 4.5/10

The most boring of the UK’s entries. Regardless of singer or performance, the song just doesn’t do a lot. Would definitely come last at Eurovision.

“Cinan- xx/10” – how does that score equate into the mix lol? On another note, think the overall average is a bit low as it is my favourite song in You Decide and will be getting my votes. As mentioned above, I think a revamp with potential orchestral elements could give the song a boost and take us to a guaranteed top 15. I also have visions of backing singers and drums (like calling for rain (rainmaker vibes)) etc…. but see this being elevated live.

As with the other UK entrants, she’s a strong singer and a likable person. The song doesn’t play to her strengths but who knows what a lil revamp could do?

Her other track called storm was a lot better than this!

I just watched your reaction video, guys, and I am kind of disappointed in how little you put in the lyrics department. I mean, sure, the lyrics are not all, but they are not a random aspect either. If the song has bad lyrics, I cannot actually rate it high. I just can’t! Mind you, I can have a song with cheesy lyrics put high *because* of how hilarious it is, or the lyrics can be average, but pronounced with conviction and giving it a life on stage. But if I *don’t like* the lyrics, I don’t like the song.… Read more »

Sorry for the rant. What I wanted to say is that most of the time, lyrics need to be at least average for the genre for me to say I really, really like the song. Sometimes, bad lyrics can be paired with a good music, but for me, it still results in a median score then. But, as I said, everyone has their criteria, and I would never try to accommodate anyone else’s to mine. We are all here to enjoy the music 🙂 Cheers, y’all!

Thinking about it, I realized that I also give the most gravitas to composition and overall impression / memorability. The lyrics aren’t UNimportant, though. Sure, there are masterpieces with very simple lyrics, but there is a clear distinction between simple, but nice and clear lyrics and cringy/bad lyrics. Masterpieces can have the first, but not the second. Guilty pleasures can, I guess.

I like this song but I would like it more if it wasn’t so overproduced. Probably would’ve worked better in 2013-4.