Today is September 1st, a date considered by many fans as “Eurovision New Year’s Day”. It’s the date from which potential entries for Eurovision 2019 can be made public without penalty — and with it comes the thrilling notion that any song released from this point on could be a Eurovision entry.

It doesn’t usually happen like that, though. Most broadcasters keep their national final entries or internal selections under lock and key until the time is right. It’s less common that broadcasters select their Eurovision entries from songs that have already been released. But it does happen occasionally. Let’s look at some recent Eurovision entries that were released as singles before being confirmed for Eurovision.

In November 2017, Alekseev released his single “Навсегда” (“Navsegda”). After originally considering entering the Ukraine national final, Alekseev decided to try his luck with Belarus, where he entered an English version of the song, titled “Forever”. The song needed to be edited down to a Eurovision-friendly length, but notoriously “Forever” went through multiple revamps before the final Eurovision version was decided on. Despite all the effort, “Forever” only placed 16th in its semi-final.

“Ghost” was the winner’s single for Jamie-Lee after her The Voice of Germany victory and was released in December 2015. One month later it was confirmed as a competing entry in Germany’s hastily organised national final. After winning the national final, the near four-minute song was edited down to a shorter version. Unfortunately “Ghost” placed last in the Eurovision grand final, earning only 11 points.

Like a lot of entries in Hungary’s A Dal, post-hardcore band AWS released their song well before being confirmed as a participant in the national final. “Viszlát nyár” was released in October 2017 and was confirmed as an A Dal entry in early December. The Eurovision version of the song was edited down to the allowed length, but the overall sound was kept much the same. AWS made it to the grand final in Lisbon where they placed 21st.

Voltaj’s moving rock ballad was originally released in November 2014 as “De la capăt”. Three months later, it was confirmed as one of the competing acts in Romania’s Selectia Nationala, and it went on to win the national final. For Eurovision, the song was edited to meet the time limit and given an English chorus to help emphasise the song’s message. “De la capăt” placed 15th in the grand final.

Polish producer Donatan and X Factor singer Cleo released “My Słowianie” in early November 2013. Rumours swirled that TVP was considering it for Eurovision, and eventually the saucy song was confirmed as Poland’s comeback entry in February 2014. The song had to be edited down to meet the Eurovision time limit and was also given some English lyrics. Cleo and her Slavic girls placed 14th in the grand final — one of Poland’s best results.

Alma’s single was released in mid-January 2017, and in early February the song was confirmed as France’s entry for Eurovision that year. The song was later given a revamp, which included an English chorus intended to broaden the appeal of the song. “Requiem” went on to place 12th in the grand final.

Austrian singer Zoë had originally released “Loin d’ici” in October 2015, as a track on her debut album Debut. Three months later the track was confirmed as one of the competing entries in the Austrian national final. By the time Zoë competed in Wer singt für Österreich, the four-minute-plus track had been edited down to under three minutes and given a revamp. The fan favourite placed 13th in the grand final.

“Color of Your Life” was originally released in mid-November 2015, as a track on Michał Szpak’s album Byle być sobą. In February 2016, it was confirmed as one of the competing songs in Krajowe Eliminacje. After the song won the national final, it had minor edits to bring it under the three-minute time limit. “Colour of Your Life” placed eighth in the grand final and is Poland’s third-best ever result.

Amir released his second single “J’ai cherché” in mid-January 2016. Two weeks later, broadcaster France 2 confirmed that the song has been internally selected as France’s entry for Eurovision 2016. As the single version of the song was well over three minutes, it was edited down (and given a slight revamp) for Eurovision. “J’ai cherché” placed sixth in the grand final and kicked off the new French Eurovision renaissance.

Mikolas Josef’s cheeky tune “Lie to Me” was released in November 2017 and grabbed the attention of Eurovision fans who thought it would be a perfect entry for the Czech Republic. In January, the song was confirmed as one of the competing acts in the national final. It went on to win the ticket to Lisbon but first needed some lyrical changes to meet the family-friendly Eurovision rules. “Lie to Me” placed sixth in the grand final, the Czech Republic’s best ever result.

What do you think? What other Eurovision entries were singles first? Should songs be released in the wild before getting confirmed for Eurovision? Share your thoughts below! 10 reasons why we love Lithuania at the Eurovision Song Contest 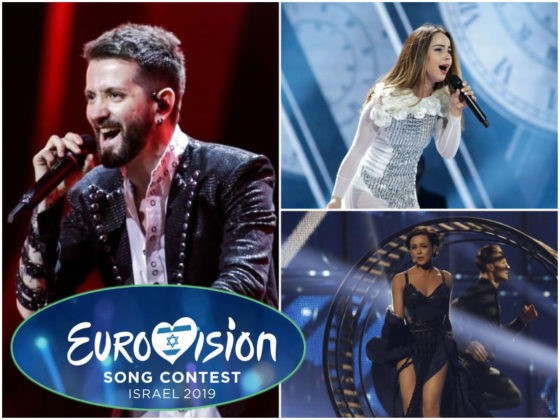 I’d like to add another song: “Ooh Aah… Just a Little Bit” by Gina G (UK 1996). The song was released in March 1996 and reached the 1st place of the UK single charts and was a big hit as well in Israel, the US, Hungary and Canada!

It sucks Normandie released “Ecstacy” before Sept 1. It would have definitely rocked in Israel. Hopefully MelFest does the right thing and gives them an invite next year.

It kind of sucks that Normandie released “Ecstasy” before Sept. 1, because that song would have so rocked Eurovision 2019. Hope Melfest does the right thing and gives them an invite.

I like all 10 of them, not all performances though.

Some of my favourite songs the last couple of years:
France 2016 and 2017, the hard rock Hungarian entry from this year, “Forever” and “Lie to me”!

Happy 1st of September! More than 8 months to go until the Grand Final. What am I supposed to do 8 months?

“Germany’s hastily organized national final” sounds very negative haha 😀 😀 We had indeed less preparation time after “Naidoogate”, but it was a final with a big variety of different genres and artists like Ella Endlich, JOCO, Avantasia and Alex Diehl. So it was quite satisfying <3