November 15th saw the deadline pass for those aspiring to compete in Serbia’s illustrious national final Beovizija. It’s now been announced that 76 applications were received for the contest.

In an article published on November 23rd, the broadcaster — Radio Televizija Srbije (RTS) — gave an insight as to how the process of selecting the final line up would be executed.

RTS have set up a committee of in-house music editors who will listen and judge each applicant’s submitted material. All 76 songs have been assigned a unique code in order to conceal the identity of those involved in the production. After the committee has shortlisted the list to a final line up of songs, the identities of the authors, singers and producers will be revealed and the participants for Beovizija 2019 will be announced.

The discretion regarding the identities of those involved in Beovizija 2019 stems from numerous controversies surrounding last year’s installment of the contest. Upon the announcement of the participants, many began to surmise that the competition was rigged from the offset so that Balkanika would fly the Serbian flag in Lisbon.

One of the strongest reactions came from Danijel Pavlovic, who competed at Beovizija with the song “Ruza Sudbine”. He openly attacked Ivana Peters, the composer of Serbia’s 2016 entry and a member of the jury, saying that she deliberately gave him a low score to make sure Balkanika won. Hopefully, by keeping the identities of the 76 participants a secret, it will deter any controversies which could arise.

What we know so far

Sometimes, it can be tricky to follow all the recent news during the national final season so here is what we know at the moment apropos Beovizija 2019.

During the contest in Lisbon, Serbia’s delegation announced that Beovizija would be returning to our screens for 2019. However, it was not until early August 2018 that this was officially confirmed by RTS. Within this announcement was a call for artists, song-writers and singers to send in their applications for the contest with the following rules to abide by:

Initially, the deadline for the submissions period was set as November 1, but it was prolonged by a fortnight, allowing artists more time to get their act together.

That brings us pretty much up to date with Beovizija 2019 with, unfortunately, not too much information regarding further announcements available. Nevertheless, we are looking forward to what Serbia has to offer us for Eurovision 2019 and hope that they can build upon the success they achieved last year! 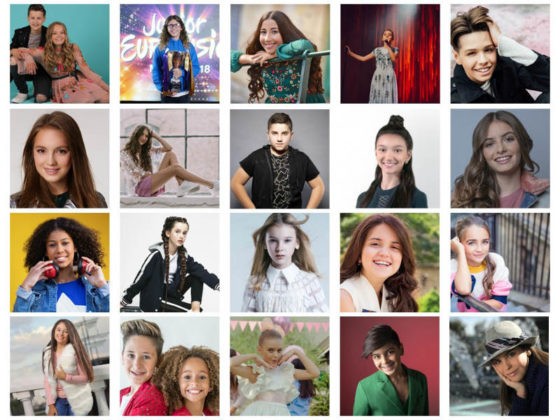 Danijel Pavlovi? accused Ivana Peters for giving him a low score while she is saying how real music is underrated today. He basically said that his song should’ve gotten a lot more points from her since she is the juror that appreciates “real music”. That was extremely narcissistic from him.

More modern contemporary up to date entries than 2018 please

And by that u mean more swedish switten melfest rejects in english??? No thanks, stay original Serbia!!!

No, what it means is that it needs songs that sounds 2019, not 1998 like this year. Serbia has many great modern artists. They could send one of those and stay original. If your brain wasn’t to occupied with hating Sweden u would get it.

I hope they don’t allow playback like last year.

Still can’t believe that there are people that think that some performances (excl interval acts) were on playback.