The 2019 Eurovision season might have been a little slow to get started, but we now have three confirmed artists, ready to do the best for their countries in Tel Aviv. Albania, Armenia and Cyprus have each revealed the acts who’ll be jetting to the Middle East in May. But before then we want to know which act are you most looking forward to?

You can check out details of all three confirmed artists below, and then vote in our poll!

As the winner of Festivali i Këngës 57, Jonida is the most recent addition to the list of confirmed artists for Eurovision 2019. She will be singing her FiK-winning song “Ktheju tokës”, which examines the emotional issue of Albanians migrating abroad for work opportunities and the families they leave behind.

Srbuk was the first artist to be announced for Eurovision 2019. Armenia internally selected the X Factor runner-up and are currently searching for her song for Tel Aviv. Armenia national final didn’t produce good results in 2018, so will their tried and true internal selection method provide better results in 2019?

After a lot of hints and hype, Cyprus finally confirmed what everyone had long suspected. The Georgian-Greek songstress Tamta will represent Cyprus at Eurovision 2019. She will sing “Replay”, helmed by “Fuego” producer Alex P, however the song is not due for release until later in 2019.

Which Eurovision 2019 act are you most looking forward to?

Once you’ve checked out the acts above, vote for your favourite in our poll. Remember, you can vote for as many acts as you like, but you can only vote once — so make it count! 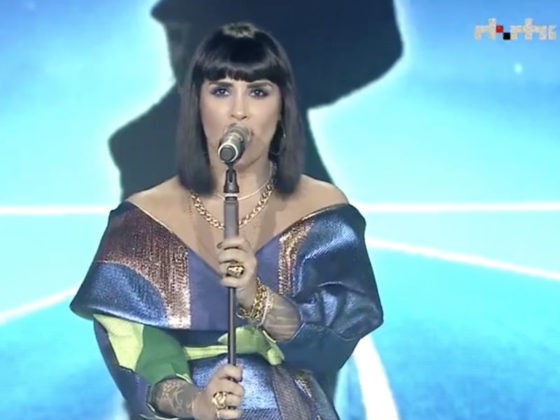 Russia: 5 reasons we want Sergey Lazarev to sing at Eurovision 2019

Well… we’re on track for an all-female Eurovision 2019 so far. 🙂
(It was one of my crazy predictions from last year. It might actually happen one day.)

These polls, lol, that’s why I like wiwibloggs, hahahaha

Three ladies? Anyone else got a craving for sausage?

Nice joke, mate. And well, Italy might NEK or Il Volo, so, would you be in for some Italian Sweet Sausage? 😉

Their sausages have already been taken. We want freah ones.

True, but i don’t think the trolls are a big problem anymore, because we now have the up and down vote buttons to let other users know those comments are worthless 🙂

ESC 2010 winner Lena released a new single after a long time called “Thank You” with a strong message. It is worthy to make an article here on wiwibloggs, at least an article with other artists called “New music from….”

Oh I love Jonida’s song. With a dramatic, emotional, dark stage it could be top 5 for sure!!!

Sanang & Picky! What a pair of complete losers….hahaha! Of all 3 ladies to pick on coz of their looks, you picked the wrong girls here. All 3 are stunning, edgy and beautiful in such unique ways. I have a feeling if either of you had the guts or balls to put your pictures forward for public judgement, you would not get similar comments. If you’re anyway near as ugly on the outside as you are on the inside……Shudder!

Well, being a fan of Tamta for some time, I am hyped for her, but I also really like Jonida’s song and I think it could do it well with a good stage.

Good job, Albania. You’ll stay in the semifinal once again. Can’t they just send anything else, except dramatic ballads, screaming divas and rock songs?

It’s not a ballad.

For the people that say it’s not a ballad. what kind of music genre is it to you?

First of all, ballad is not a music genre but a verse form. Precisely, Jonida’s song is contemporary folk/corrido.

Did you just call Frisian esc a ‘corrido’? I peed myself! 😀 😀

Punctuation typo – slash instead of a comma. He got it though, I’m sure, haha

As I don’t know if there will be a “Christmas article” tomorrow and I will have no time, let me say it here: MERRY CHRISTMAS to all wiwibloggs members and readers. Your hard work and the lovely atmosphere is highly appreciated. Thank you so much <3

I’n very hyped for Srbuk. I have high expectations.

Hopefully they don’t screw it up once the song finally revealed.

Not a fair comparison. I know that Albania has a good song, so of course it’s them I am looking most forward to. Both Tamta and Srbuk seem interesting, but in theory their songs could be really bad.

Too little too late, jojo already took my heart.

Please correct your mix up : Armenia not Albania

I wonder if there’s a Top 1 Eurovision 2019 song video out now on YouTube. Hehehe

There are at least thirteen. Yes, really.

isn’t that a tradition for the ESC season already?

A top 3 songs list video at the very least is understandable but doing a one for a top 1? Hmm…

I think it’s gonna be a long wait until the next song reveal. The earliest dateon wikipedia is france on the 26th of Januari and maybe we will have spain doing their nf somewhere mid januari.

You never know. We’ve seen some countries drop their songs out of nowhere.

There’s also going to be Czech online nf -> voting starts on 7 January and if it’s going to be like last year, the winner will be announced after 2 weeks.

I’m ok with it because we can already hear all the songs in some of the selections.

Except we only have one act… Albania.