It’s a British TV institution that’s been on the air continuously since 1972. And this week’s episode of Mastermind had a distinctly Eurovision flavour.

The show — which has been adapted in up to ten other countries — sees contestants quizzed over the course of two rounds. For the first, they must answer quickfire questions on a specialist topic of their choice.

On this occasion, quizzer and Eurofan Phoebe Williams’ chosen topic was “Eurovision in the 21st Century” — a subject close to all of our hearts!

Phoebe ended up being very knowledgeable on the matter, getting an impressive 11 questions correct out of 12. This left her top of the scoreboard.

Alas, the second general knowledge round saw her fall to third position.

How do you think you’d do? We’ve reprinted all the questions and answers separately below. Go on, test yourself!

Are you a #Eurovision superfan? How many of these questions can you get? ?? #Mastermind pic.twitter.com/7zGGVAtnuc

How did you do? Could you beat Phoebe’s score? Were the questions too hard? Or maybe too easy? Let us know in the comments. United Kingdom: Six acts we would love to see at Eurovision 2020…including Fleur East, Foxes and Mabel 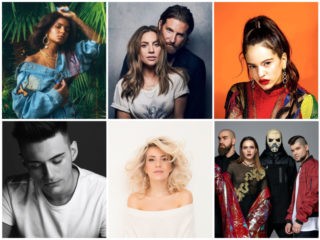 10/12, couldn’t get the second question, and I guessed Poland instead of Lithuania, I’m still quite proud of my performance though, I knew most of the answers but some calculated guesses proved right as well!

11/12 didn’t get the name of the Danish arena. Had it as Boxen, but that’s the one from the NFs

The questions were for British citizens anyway. Let’s start our own quiz.
Rock songs that represented Hungary…for example.

I could not guess Moldova because I didn’t know what Graham Norton said, and I don’t have to. Moldova was brilliant, comedy of errors, classic style, born centuries ago. People who say “joke act” have no criteria to talk.

These questions don’t test actual Eurovision knowledge about songs, results, history and etc but rather silly British commentators’ jokes, irrelevant interval acts and skopespersons. Basically just proves once again that majority of Brits have zero respect for the contest.

Finally! So true. I agree 100 %. And where are the questions about the “old contests”. Results? Song titles? Singers? etc. Very few of them indeed. This is more related to ESC ONLY as a “show” from 2000 beyond. Bad quiz

Technically it rules out 2000 too.

It does test eurovision knowledge, eurovision is so much more than just a song competition, hell the Eurovision season starts in September, 8 months before the final! I felt there was a perfect mix of questions in there for all euro fans, not just British people

I got #5 (I knew it was some weird, inappropriate Baltic humour but went with Latvia) wrong and didn’t know #8. So 10/12 for me.
This is a bit harder if you don’t watch the BBC broadcast of the show though.

Got them all correct!

I got 11 out of 12. Didn’t know the first one, doesn’t matter to me, scary dude, though. Had to guess the 11th one, which wasn’t very hard as a Eurovision follower. My favorite is definitely number 3. Apparently, even an unknowledgeable, unprepared troll who couldn’t pronounce anything foreign to save his life can have good moments with the right amount of liquor. It’s funny because it’s true. I think it is “Dr. Death and The Tooth Fairy”, though.

He called her both the Tooth Fairy and the Little Mermaid.

Ah, cool. I like The Tooth Fairy better. I just find it SO incredibly hilarious combined with Dr. Death. It creates an image I could laugh about for days. Really, thinking about the awful job those two deadly boring hosts did all of a sudden becomes 100% hilarious just with that Wogan comment.

Tooth Fairy is funnier, Little Mermaid is probably a reference to her being Danish.

12/12 baby! Almost missed the Moldova one, but I made an educated guess.

I got ten. I forgot the answers to questions 1 and 5.

11, well ten and a half, i couldn’t remember Ryan Clark-Neal’s full name. I failed Moldova, and Spain’s was easy, because I am Spanish and I remember the jokes the next day.

Thought I would be good at this…