The semi-final portion of Norway’s 61st Melodi Grand Prix is complete. However, there is still one more grand final spot up for grabs. One song that missed out on qualification will have a second chance to claim an elusive wildcard to the finale. There are fifteen songs to pick from, so this is gonna get competitive.

At the time of writing, the bookmakers are backing Stina Talling with “Elevate”. She was the clear favourite to win semifinal one but lost to Blåsemafian and Hazel. Her big ballad is still making waves, however, as she is sitting pretty at 3.5 according to Unibet.

There are two acts at joint-second. The first is Big Daddy Karsten with “Smile”. His brand of happy queer-friendly rap lost out to Emmy in the third semifinal. He sits at 5.5 in the odds.

Big Daddy is joined by Jorn and “Faith Bloody Faith”. The competition’s only rock song was another victim of Blåsemafian and Hazel in the first semi-final. But it is also getting a fair share of attention. The Norwegian rock god is also sitting at 5.5 in the odds.

Marianne Pentha and Mikkel Gaup are fourth with “Pages”. They lost out to KiiM in semi-final four. Combining joik with contemporary pop music, they’ve been compared to KEiiNO. Nonetheless, they sit at 6.5 in the odds.

The top five is rounded out by Landeveiens Helter and RIVER, both of whom have odds of 7.5. At the other end of the table, Ketil Stokkan. He’s the clear outsider at 100.0. The veteran performer lost to Daniel Owen in the first heat of the second semi-final. However, the two-time Eurovision performer has plenty of experience up his sleeve, so don’t count out a massive upset yet.

Do you agree with the odds? Do you think that Stina Talling is the one to beat? Do you think an outsider can go to the final? Let us know below! 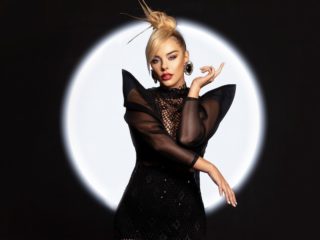 Circus and Psycho are SO good!

the circus is best in show.

Royane should go to the final, even though she won’t :(.It would be something different for Eurovision

Surely Vi er Norge will be a nice addition to the final. Rooting for him

The Studio version of Elevate is good, but Live is weak. I do like Smile, but there is only one choice for tonight; FAITH BLOODY FAITH!!!

Oh please not Stina…. it’s such an ordinary/boring song. We already have one of that kind in the finals (Feel again). My hope is that the bookmakers were already wrong at the first semi final, when they also predicted Stina as the winner. Let’s hope they are wrong again 😉

You
Reply to  Andi

Always with the negative attitude.. Andi your track seems to go in circles and it’s just toxic.

Stina Talling is my favourite to win Second chance too! “Elevate” hasn’t left my head since the first MGP semifinal, Marianne & Mikkel are a close 2nd for me with “Pages” while Ole Hartz with “Vi er Norge” is my 3rd followed by Daniel Owen “Psycho” & River “Coming Home” rounding up my Top 5. Looking at the bookies, I like Jorn “Faith Bloody Faith” but it feels corny and Big Daddy Karsten “Smile” is a big hell no from me, performance left me cringing hard. We need to remember this is a song contest where we vote for the… Read more »

I do remember that song quality is what counts, and I am hoping that Smile goes through. It’s a great song. Stop resenting these performers for just existing as they are, please.

Does anyone know if there will be live performances today? Or will we just watch performances from semifinals?

It’s the performances from the semis I think.

I would like to see Daniel Owen. His song is a grower for me and he has a great energy. But they have to do somenthing with the performance, the ending looked a little stiff and it didn’t worked out to cover the repetitiveness at the end.
But I would also like to see Big Daddy Karsten, Stina Talling or Maria Solheim. The other songs are good but I don’t think that any of them – except Jorn – could do well when it comes to the final.

I like Daniel Owen too and see potential in his performance.

I was really impressed by his singing skills. He has a great voice (but I would cancel that ‘ah’s’ in the performance which sounded very much Michael-Jackson-inspired). I liked also the dancing part but after half of his performance it felt like they repeated everything which made it unfortunately predictable. But yeah, overall it absolutely has some potential there!

I don’t understand how Atle Pettersen (World on Fire) had a direct pass to the final but Daniel Owen didn’t. Daniel’s song and performance was x10 times better.

I do partly agree with you. This automatic-qualifier-system is not that transparent and feels a bit out-of-place at times. At the first listen I thought that “World of Fire” wasn’t that strong – I found it flat and generic. But that live performance was a clear changer. Having said that: it’s questionable that the producers knew right from the start how each staging will look like, so quality-wise it’s beyond me how they picked him to be honest.That song is enjoyable though, since the live performance I like it even more.

Exactly my thoughts, never understood the hype for elevate :(((

Jorn (for the Rock genre representation) or Big Daddy Karsten (for the Queer representation). Elevate is too generic to be worthy of a final spot imo. and whilst pages is great, having Keiino in the competition this year unfortunately means the songs will be compared