“Sámiid Ædnan” singer Mattis Hætta — who sang for Norway at Eurovision 1980 alongside Sverre Kjelsberg — has passed away at the age of 63. The pair only finished sixteenth at the contest, but their song and story remain a favourite of the Norwegian history books, providing inspiration to millions on stage and off.

A year prior to the contest, a political scandal took hold of Norway when the government announced plans to build an electricity plant near the village of Máze, which was predominantly inhabited by Sami people. This scandal was later dubbed the Alta controversy.

Twenty-year-old Mattis Hætta, who hailed from the village, took part in the protests. He started joiking during the demonstrations of the local Sami people that took place near the Norwegian parliament in 1979.

The demonstrations addressed more than just the electricity plant. They also opened discussions about the Sami right of self-determination and the preservation of their traditional culture.

Mattis Hætta at Eurovision 1980 and beyond

Performing last on the night, they initially tied with Åge Aleksandarsen, but the jury decided in their favour in a second round of voting.

At the contest in The Hague, they eventually placed sixteenth of 19 acts, but their participation helped raise awareness about the issues important to the Sami people — both at home and abroad. In the days leading up to the contest, a small group of Sami activists set up a tent in front of the venue where the show was held that year.

Despite its poor result, “Sámiid Ædnan” marked one of the first times joiking was heard on a global stage. It helped a local minority shine a light on the struggles it faced in front of a wider European audience.

After his Eurovision trip, Hætta studied to be a teacher and released an album named after his native village Máze, which NRK praised for its many reflections on society. He stayed active in cultural events in his native region, but never enjoyed a nationwide career after the contest.

Hætta died on 9 November. In a statement to NRK, his family revealed he’d died of an illness, but did not elaborate. The broadcaster described him as “the man who taught Europe to joik.”

He is survived by four children and two grandchildren. His friend and musical collaborator Sverre Kjelsberg passed away in 2016. 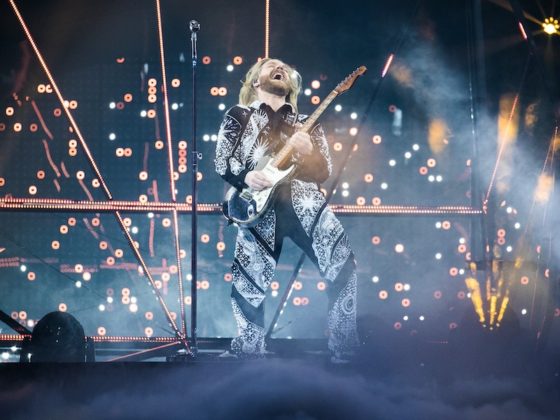 I clearly recall it, but I was unaware of the political setting. This is how folk should be done: well and meaningfully. Rest in peace.

Which composer and what song did he compose?

I remember it so well but did not know about the political context… Now, this is folk done well and meaningfully. Rest in peace

We really ought to have a memorial section at each year’s contest, remembering those performers who have passed in the previous year.

A bunch of acts have passed away recently, although this one in particular really bums me out.

What a sad news, my condoleances to his family and friends. I loved their song in 1980 a lot.

Without this guy we wouldn’t have Keiino ??

He ran so KEiiNO could fly. It’s also very interesting to watch the Melodi Grand Prix of that year. You see that nobody at NRK really cared much about Eurovision (neither did the contestants visibly), but in the end, the jury still somehow understood that this song had something interesting, although it wasn’t super strong.