Eric Saade brought down the house at the Melodifestivalen final back in March. Unfortunately for him, recorded backing vocals aren’t allowed at Eurovision, making it a lot more difficult for him to thrust and grind and draw attention to his crotch while actually singing. Check out Wiwi’s amateur video below and let me know what you think of Eric’s performance. How does it stack up against Jedward’s dress rehearsal? 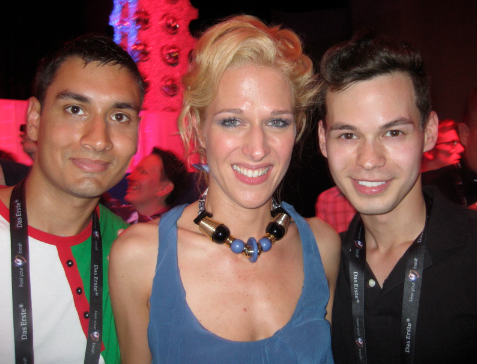