When we made our French selection for the Wednesday Wishlist series, many of you pooh-poohed our choice of Mylène Farmer. From the comments it was clear that y’all wanted only one lady – Indila. Well, much and all as it pains us, we’ve got some bad news – Indila says no!

Speaking to Le Petit Journal, the “Dernière Danse” hit-maker confirmed that she would decline any Eurovision offers, although she admitted that it was an honour to be considered.

When you see what you do, your voice, your success, one wonders why you don’t do Eurovision. France would have a real chance to win!

It’s flattering, thank you! And it is true that I have seen an upsurge of Eurovision interest in me recently. I was very surprised because it’s like an exclusive for me. I do not think I have the makings of an artist who can represent France. So I was very happy. But I think I would refuse a request like that because it is a lot of pressure, responsibility, and I do not want to disappoint France. And then the level of media coverage would not help things.

She’s obviously being overly modest. Her album and singles have topped charts across Europe and beyond. She’d be well capable of restoring France’s Eurovision reputation. However, her last comment on the media is telling. She may have just slipped it in there, but it’s clearly the real reason she’s turning the contest down.

It’s a shame that, even in the aftermath of commercial behemoths such as “Euphoria” and “Satellite”,the press still holds such sway. Who else will they frighten off before Eurovision season is out? 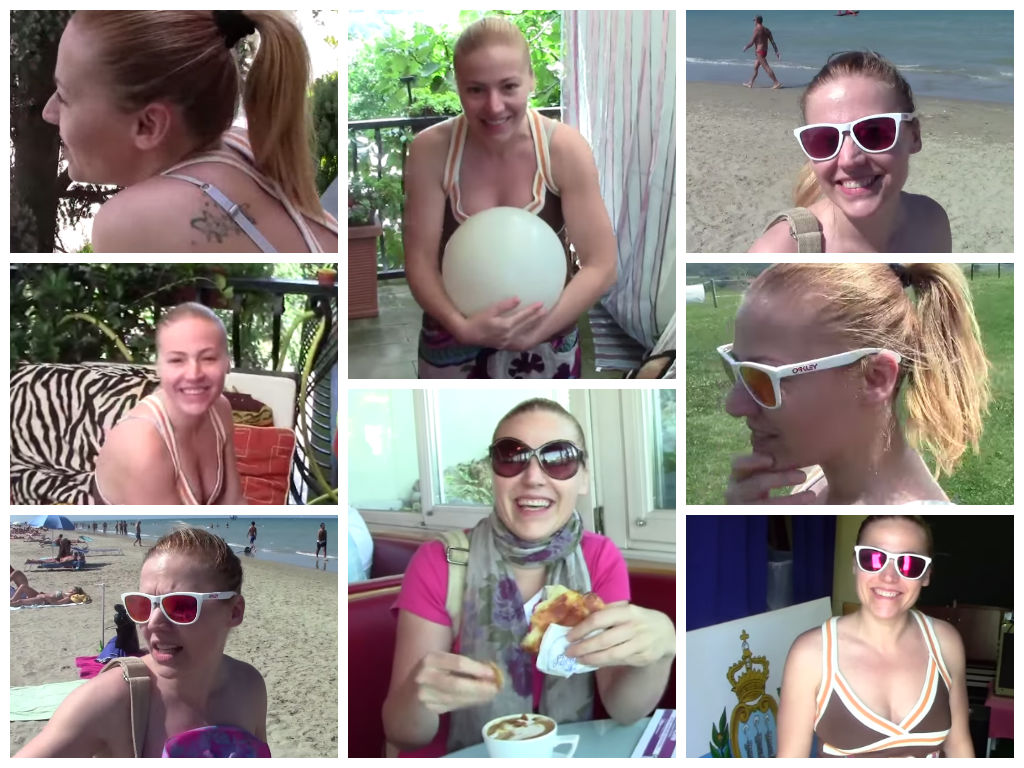 Exclusive: Valentina Monetta takes us inside her San Marino home

Let’s face it, no established artist with an international career will take part in Eurovision. T.a.t.u. were the last ones to try and it didn’t do them any good. Besides, Indila may be a very succesful recording artist, but I doubt she would be that good on live tv.

What France needs is a young talent who can perform a great live act. Someone who has nothing to lose and everything to gain from Eurovision exposure. Someone like Lena, Loreen or Conchita. If they really start caring, they will find a way to pull it off.

In fact, if the big five had to qualify, here is my prediction:

France will never win Eurovision again unless they do something quick.

And we say no to Indila.

With Indila France can win Eurovision….but if she won’t represent France…

It’s hard to get one of your country’s top artists to go, especially if your media is really nasty, as Charles has pointed out. France will have to attempt something different. A larger national selection might be well advised, if they can convince someone to spend the money on it. (At least 10 songs, rather than 3 or Ireland’s usual number of 5.)

They could do internal selection again, but it didn’t exactly work out in either 2012 or 2013. Even Amaury didn’t do nearly as well as anticipated.

Getting a good result at Eurovision is very difficult nowadays. You need a creative stage direction along with a great song to do well. There has to be a balance of professionalism & entertainment. Indila could send a potential #1 track but still flop at the grand-finals if all she did was hold a mic with a bunch of weird looking back-up dancers. France needs to sort out their ESC team before sending another big artist like Indila or Anggun.

I wasn’t expecting her to do it since she is such a huge star, but this nonetheless is still disappointing. Indila is gonna go down in history as one of the best French singers of all time imo and it’d be amazing to see her in Eurovision, but big names never really want to participate due to possibly destroying their reputation.

Such a shame, but she’s right, maybe Eurovision won’t help her carreer, and she doesn’t want to disappoint France means “If I got a bad result, I wouldn’t continue as succesful as today”.

It is the same thing with the eurofans from Spain, they all want Monica Naranjo ( I do) but I imagine is the same situation.

I totally understand Indila’s refusal … specially coming from a country with no more genuine interest for the competition as France and terrible media coverage (as mean and satirical as in the UK). She’s the most successful French female voice right now there … but you either stay focused on your work and preserve your already established audience or you go to Eurovision to be severely ignored by millions of viewers all over Europe. Focus on your music …

To be honest with you, I can’t see France ever winning again because since 2009, the only way has been down and I am not surprised that the contest is becoming increasingly unpopular im France.

It’s okay, Indila. I still love you and will continue to support you all throughout your career.

The problem for Indila is not the nature of the contest but the pressure (to win because she’s a big name) and the media coverage. One mistake on stage and she will be crucified. 🙁 Indila is a young and new artist so she might feel she’s not ready for Eurovision or perhaps her label doesn’t want her to take part in Eurovision. Maybe they think she doesn’t need Eurovision considering she’s enjoying success in many european countries already and she’s a huge name in France right now. However, i insist that the French broadcaster should make a serious proposal… Read more »

That’s too bad. She’s absolutely fabulous and would be an amazing representative for France. But the press do tend to be brutal with ESC contestants, so you can’t blame her really.

Personally, I’ve never understood why there’s still this idea that ‘Eurovision kills a career’. I’d say Abba, Loreen and Conchita Wurst might have something to say that’s different about that 🙂

That’s too bad. For France, I got two choices. It’s either Anggun or Twin Twin again. I like Anggun’s hair. I also like Twin Twin’s “Moustache” dance.